Republican candidates up and down the 2016 ballot have said some outrageous things about women’s health. In fact, so many GOP candidates have such terrible records on reproductive health care that one thing is obvious: They’re in need of some serious sex education.

Agree? See how your sexual health knowledge stacks up to key GOP candidates’ with our 2016 Election Sex Ed Quiz! Warning: Even if you’re up to snuff on candidates’ platforms, their sorry stances on sexual health may shock you.

How Trump & Pence Would Score on the Sex Ed Quiz...

There was so much ignorance up and down the GOP ticket that we could only fit Senate candidates in the sex ed quiz. But the GOP nominees for president and VP would surely get a big fat “F” if they took it too.

Remember when Donald Trump implied that Megyn Kelly asked him pointed questions because she was on her period? He also once  said women should be punished for  getting abortions..

Sex education lesson for Trump:
The menstrual cycle has nothing to do with your inability to answer reporters’ questions. And abortion is a safe, legal, basic health service in the full range of reproductive health care.

Meanwhile, GOP vice presidential nominee Mike Pence is just as dangerous as Trump when it comes to women’s health.

For a guy who doesn’t seem to have any idea how condoms work, Pence sure has been fighting hard to block patients from accessing contraception (as well as STD testing, treatment, and education) at Planned Parenthood health centers.

The Real Sex Ed Lesson: What’s at Stake This Election

We’d be loathe to give candidates a sex ed lesson without noting that every young person in this country deserves accurate information and resources about sex, sexuality, and relationships so that they can keep themselves safe and healthy.

But whether or not young people get the sex education they need hinges on whether the country elects champions of quality sex education  — or whether politicians who push ineffective, abstinence-only programs end up in charge. Learn what’s at stake for sex education in America in 2016.

With Congress back in session, Planned Parenthood Votes sex educators staffed a pop-up sex education booth Sept. 13 on Capitol Hill, right outside of the Republican National Committee. They distributed condoms, demonstrated how to properly use them, and quizzed passersby to find out if they’re smarter than GOP senators when it comes to sexual health. 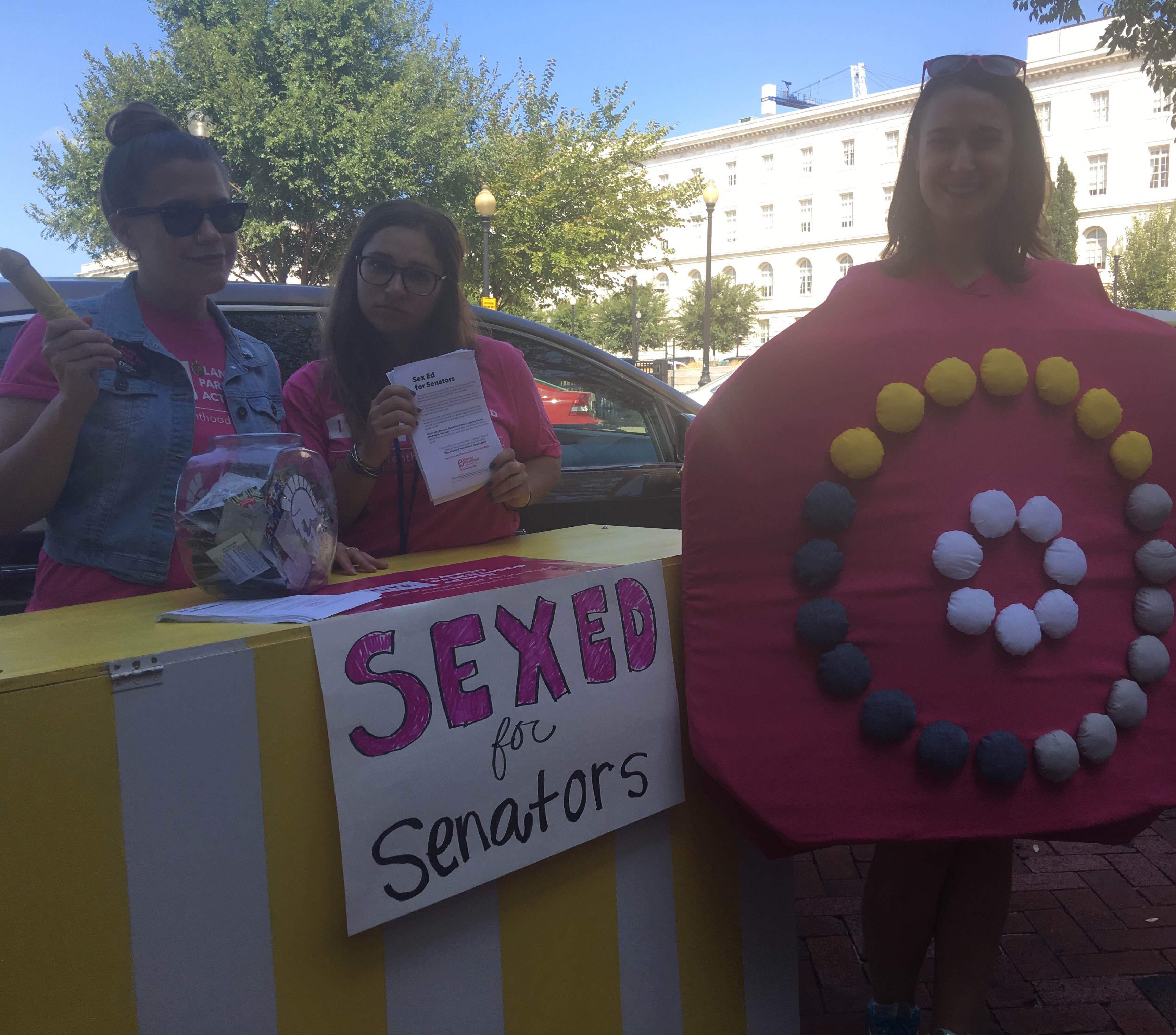 Pillimena was on hand to help Planned Parenthood Votes hold sex education classes for Pence and U.S. senators who may not have a basic understanding of how sexual and reproductive health care works. 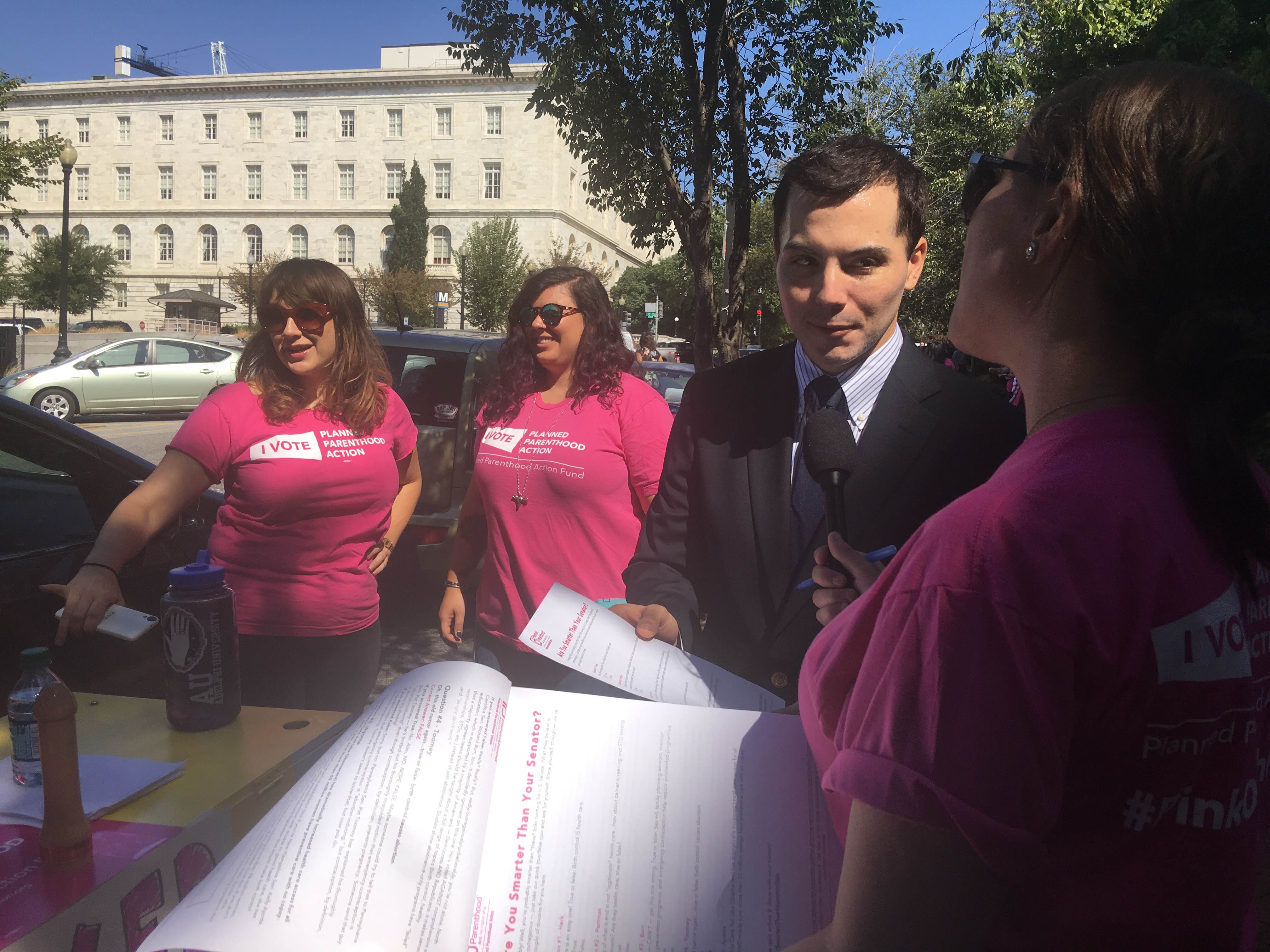 Planned Parenthood Votes administered an “Are You Smarter Than a Senator?” sex ed quiz to see if the average voter knows more about the basics of sexual and reproductive health than some of the current sitting senators. 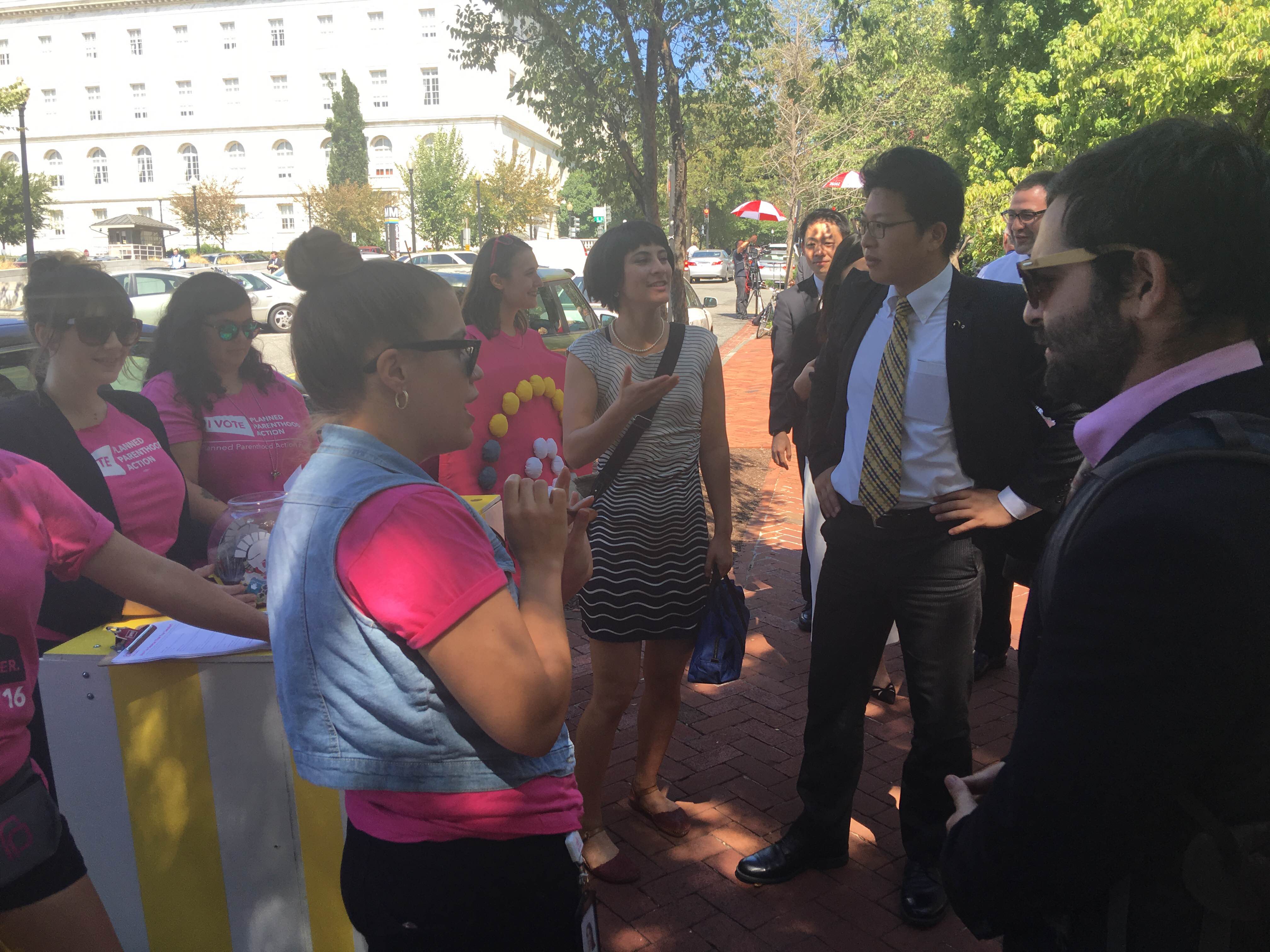 Based on their records, certain GOP senators — such as Kelly Ayotte, Pat Toomey, Richard Burr, Joe Heck, and Rob Portman — may never have learned the basics about sexual and reproductive health. That must be why (as reproductive rights supporters discussed at the pop-up sex education booth) those senators keep voting to block women from accessing birth control, cancer screenings, and STI testing and treatment.

It’s scary how much GOP candidates DON’T know when it comes to reproductive health — and how far they’re willing to go to turn their ignorance into laws that make it harder for people to get the care they need.

It's up to reproductive rights advocates to make sure everyone knows just what’s at stake on November 8. Challenge your friends and family to take the GOP sex ed quiz on Facebook and Twitter! By spreading the word, you can make this election a major step forward for women’s health and rights.