Nearly all sexually active women—99%—have used birth control at some point in their lives. It’s basic preventive care, and it's benefited generations of women who have been able to plan their families and accomplish their goals. That’s why today, we’re celebrating The National Campaign to Prevent Teen and Unplanned Pregnancy’s first annual “Thanks, Birth Control” Day! 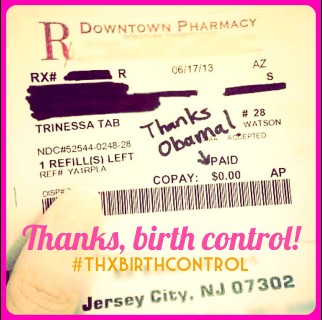 Birth control has had a profound and positive impact on women’s lives. In fact, according to a Guttmacher study, a majority of women said that birth control use had allowed them to take better care of themselves or their families (63 percent), support themselves financially (56 percent), complete their education (51 percent), or keep or get a job (50 percent).

There’s a reason 9 in 10 adults (including 95% of Democrats and 91% of Republicans) agree: for those trying to avoid unintended pregnancy, birth control is taking personal responsibility. It works for millions of women—and now thanks to Obamacare it’s covered with no additional copay under your insurance plan.

Check out some of the stories of women who are thankful for affordable access to birth control in their  stories here!