A couple weeks ago the House Judiciary Committee (one of five committees investigating Planned Parenthood) held its second hearing on Planned Parenthood in a month. And it was just as outrageous—if not more so—than the one Rep. Jason Chaffetz ran last week.

Who is Rep. Jason Chaffetz?

For starters, he is was one of the contenders for House Speaker since John Boehner announced his resignation and Rep. Kevin McCarthy suddenly dropped out of the running. He also presided over a five-hour hearing on Sept. 29 where he repeatedly interruptedPlanned Parenthood President Cecile Richards to attack PP with false claims based on highly edited, misleading videos that have been totally discredited. Oh, and he backed up his bogus statements with a completely nonsensical chart.

It’s no wonder Richards told Chaffetz to check his source, (turned out it was obviously the work of an extreme anti-abortion group.)

You know what, though? Planned Parenthood supporters struck back with charts of their own. There was a true gem from The Nightly Show with Larry Wilmore, which “proved” a correlation between the number of movies in the best exotic marigold hotel franchise and the loss of arctic sea ice. 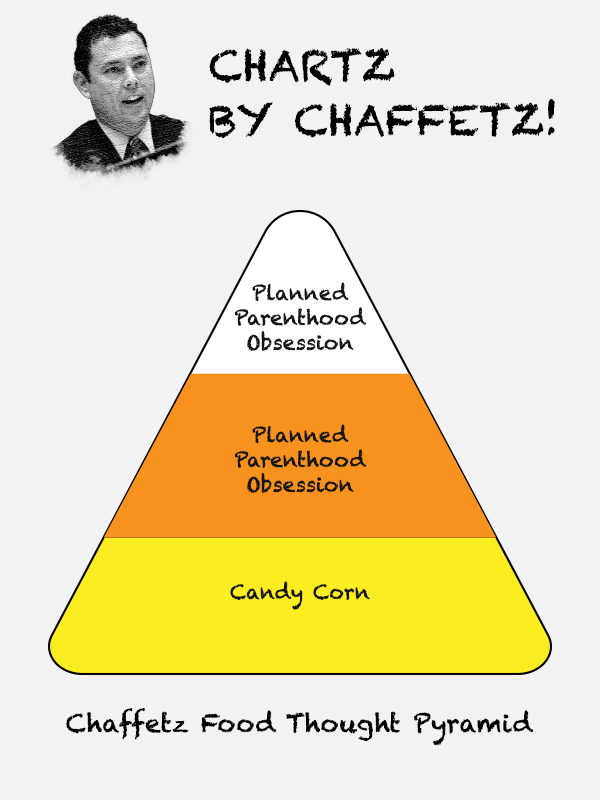 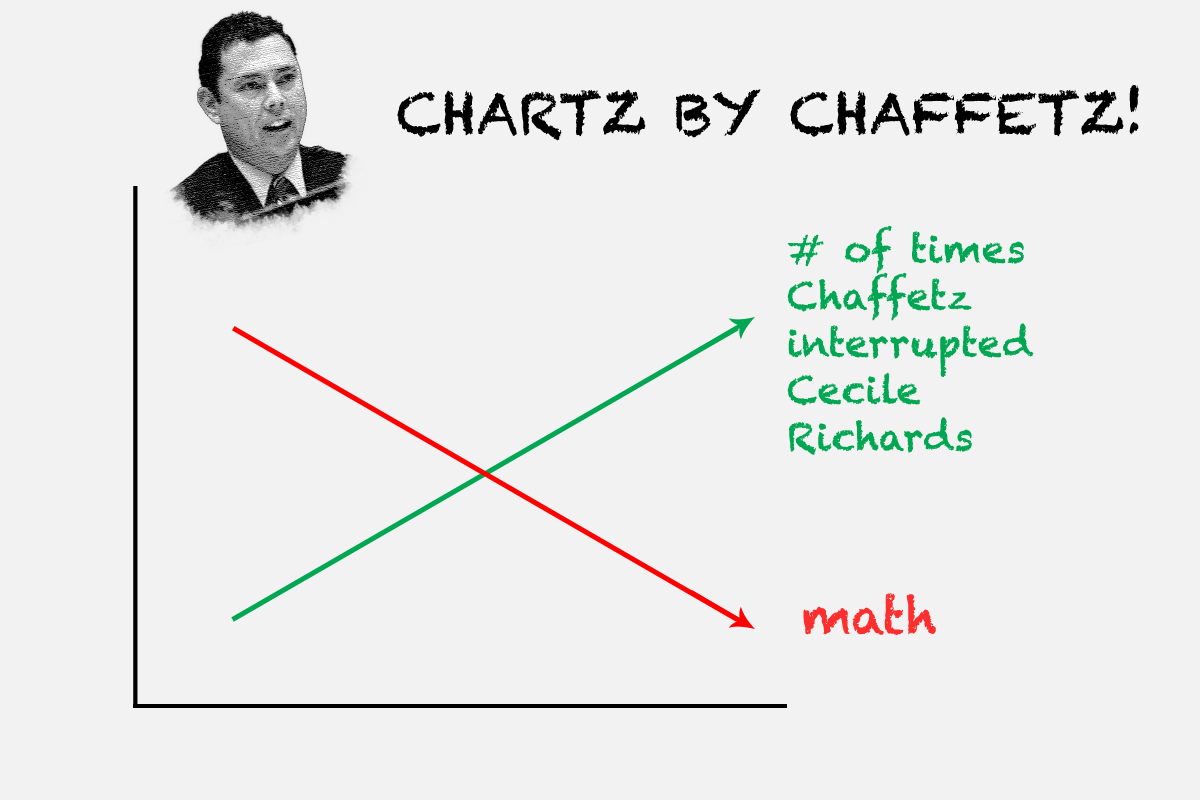 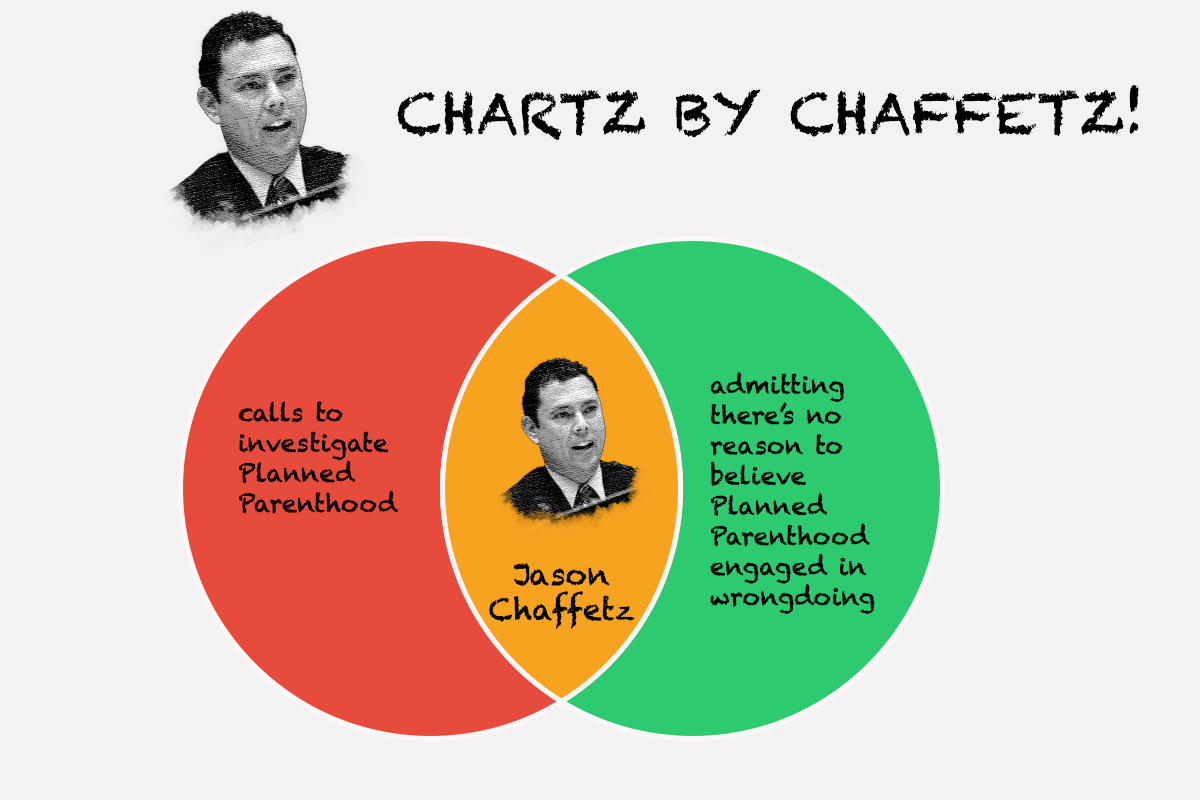