Last week, the House Appropriations Committee considered the Financial Services and General Government (FSGG) Appropriations bill— and the consequences for women in Washington, DC, are maddeningly stark. You’d think a city with its own mayor that writes its own budget would be able to manage its own budget, but the way it works for DC is more like a “Mother, may I?” approach. And anti-abortion members of Congress are using it to their full advantage. Here’s how.

The budget process for DC can be summed up in one word: unfair. Each year, the city writes its own budget. Meanwhile, members of Congress write the FSGG appropriations bill to fund several federal agencies, from the Department of Treasury, to the U.S. Postal Service. That federal FSGG bill also includes the annual budget for the District of Columbia.

That means if you live in DC, Congress ultimately determines how your locally raised taxpayer funds are used. Outrageously, Congress continues to bend the will of DC residents by pushing deeply unpopular, ideological policy provisions (we call them “riders” because they’re policy provisions hitching a ride on a funding bill) on the DC budget.

This heavy hand prevents DC from using its own funds to help low-income women obtain safe, legal abortions. Some context: Since 1977, the federal Hyde amendment has unfairly restricted the use of federal Medicaid funds for abortion services for low-income women in the District of Columbia, just as it has for Medicaid-eligible women in the 50 states. Whereas all 50 states have the option of providing state funding for abortion, Congress has cut off the District’s ability to use its own funds for the same services. Every woman – no matter the size of her wallet or what kind of insurance coverage she has – should be able to access the full-range of reproductive health care, including abortion, from a licensed, quality health care provider.

Background to the Backward Budget Process

To understand how we got here, it’s important to see where we’ve been. The timeline goes something like this:

Something to be Thankful For: Women’s Health Champions

Thankfully, women’s health champions in Congress are fighting back. Reps. Mike Quigley (D-IL-5) and Barbara Lee (D-CA-13) offered an amendment at the Appropriations Committee that would have allowed DC to use its own funds to pay for medically necessary abortion for low-income women, if it so chooses. Unfortunately, that amendment failed on a party line vote of 20 to 28.

Last week’s House markup in just the first step in the annual appropriations process for DC, but if it’s any indication of what lies ahead, we have another fight on our hands to gain abortion coverage for low-income women in the District this year. 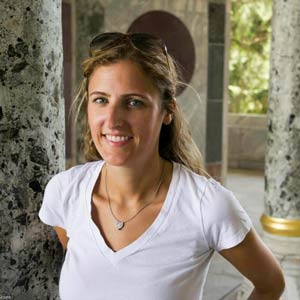 Karen Stone is the Senior Manager, Legislative Affairs, for Planned Parenthood Federation of America. Her work focuses on protecting access to women’s health care services through the federal budget and appropriations process.