Today, with his campaign in shambles, Ted Cruz is expected to announce that Carly Fiorina would be his pick for vice president, according to WMUR.

This is the same Carly Fiorina who is best known for lying; firing 30,000 people at Hewlett Packard; falling drastically in the race for the GOP nomination because of her lies about Planned Parenthood; and ambushing a preschool field trip to use toddlers as a tiny prop audience in an anti-abortion talk.

Fittingly, Senator Ted Cruz (who is also known for lying) believes her actions qualify her to help run a country. That’s no surprise, either: This is the same Ted Cruz who wants to ban abortion, has pushed shady campaign tactics, and embraced support from the most extreme and violent elements of the anti-abortion movement.

A Cruz–Fiorina ticket should give women in this country nightmares. Both Cruz and Fiorina:

Their agenda is so unpopular that both of them have resorted to blatant, inflammatory lies in order to legitimize their extreme beliefs. These lies truly threaten women's access to health care in this country.

Remember: Fiorina’s failed presidential campaign was based on a series of lies about Planned Parenthood — lies that were debunked by fact-checker after fact-checker. Her campaign also was based on an anti-women’s health platform that would have serious consequences for women’s ability to access affordable birth control and reproductive health care.

Just look at the lowlights. 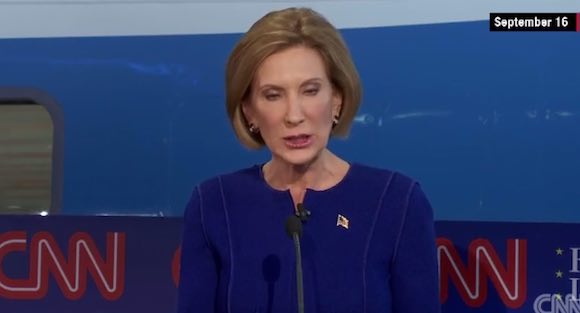 Fiorina spent her entire campaign lying about Planned Parenthood and it ruined her candidacy. During the second GOP debate in September, Fiorina lied about a Planned Parenthood video that doesn’t exist. Every fact checker called her out for her lies. Just watch her claims debunked.

Instead of apologizing, she doubled down — again and again. And her super PAC created a fake video to make her case. She made demonizing Planned Parenthood and women seeking reproductive health care a central focus of her campaign. And she’s paid the price.

Days after her lie about a non-existent Planned Parenthood video, Fiorina was campaigning at a University of Iowa tailgate, when dozens of Planned Parenthood patients and supporters adorned in pink and cheerleading uniforms took over her tailgate and made it clear to all in attendance that Fiorina lied, and that her lie is dangerous for women’s access to preventative health care. 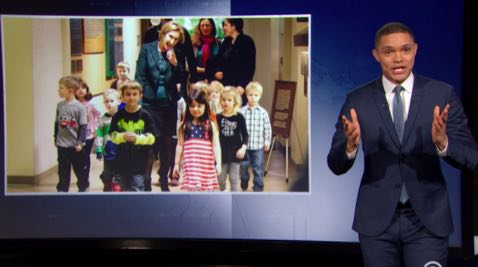 According to reports from the Guardian, GOP presidential candidate Carly Fiorina was accused by parents of “ambushing” preschoolers away from a field trip and staging them across the front of an anti-abortion “Right to Life Forum”.  While it isn't unusual to see Carly Fiorina peddling factually debunked and wild claims about Planned Parenthood, this event included toddlers, whose parents claim were lured there unknowingly and without their permission. 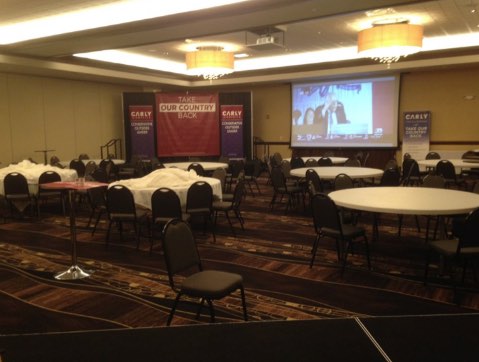 Despite spending more time in Iowa than almost all the GOP candidates, Fiorina refused to show up and thank her supporters. She won less than 2% of the votes and received no delegates in the Iowa caucuses. That’s a picture of that depressing scene from a local Iowa reporter.

Daleiden added his name to a list of virtually every fact-checker who has agreed that Fiorina lied about the video. In an interview with CNN, David Daleiden was pressed about the video Fiorina described.  Not only did he admit that he had edited the video, but that he had no clue where the misleading footage came from and when it took place. Yet again, exposing Carly Fiorina’s lies. 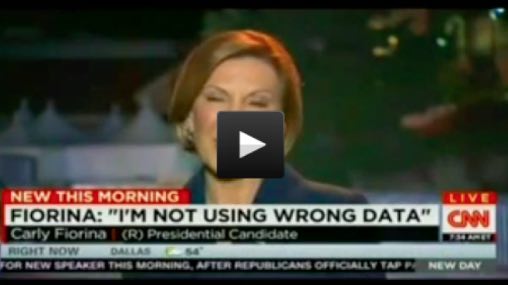 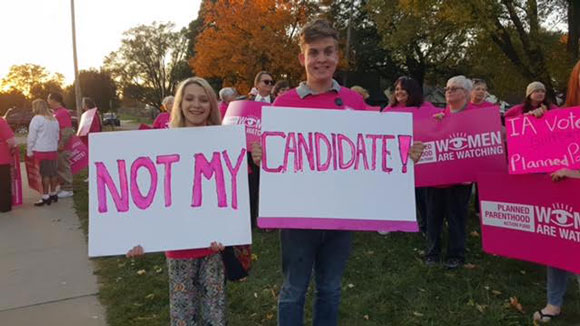 While campaigning in Iowa, Fiorina would not stop lying about Planned Parenthood. So Planned Parenthood Voters of Iowa supporters were always on hand at her events to call her out for her lying -- and to make sure Iowans knew the truth.  Dozens of supporters, some of whom were patients, went to her fundraisers in Des Moines, and town halls in Waterloo and Grinnell to call her out.

Carly Fiorina did not qualify for the primetime GOP debate in January because her polls numbers have plummeted so low.  Her uncanny habit of blatantly lying to the American people is catching up to her. She doubled down on attacking Planned Parenthood, hoping that her crusade would define her candidacy. And it did -- by cementing her as a liar. Her fall should serve as a lesson to other candidates -- lying about Planned Parenthood to advance an extreme anti-abortion agenda is a losing strategy.