Two weeks ago, I (like everyone else I know) was horrified by the leaked tape of Donald Trump bragging about sexual assault. Since then, a growing number of women have come forward with their stories of Trump assaulting them in ways very similar to the action he described on that now infamous tape.

Donald Trump has dismissed his own words as mere “locker room talk.” Even as more and more women come forward with allegations against Trump, he refuses to acknowledge the harm of his own behavior, and the dangerous message that his words send to every survivor of sexual assault, and to every American.

The way Donald Trump speaks about people who are different than him disgusts me. Trump continues to call for bans against Muslims and makes gross generalizations about the Black community “living in hell.”

I am a Black American Muslim woman and a survivor of sexual assault, and I know Donald Trump’s America doesn’t value me or my story.

When he sneers at survivors, when he says we are not attractive enough to be assaulted, when he calls us liars, when he insists that we should remain silent, he is letting all of us know where he stands when it comes to the very real and widespread problem of sexual assault in this country — and it is not with survivors.

But I will not be silenced. I am proud to tell my story to the world and to stand with million of others whose stories are like mine.

I know that together, we can stop Donald Trump’s toxic campaign from reaching the White House. We will be the reason that Donald Trump is not elected president. 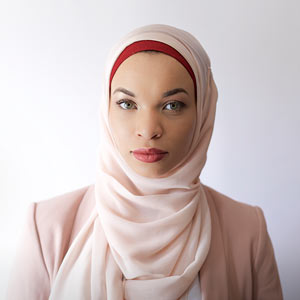 Blair Imani is an activist working on issues affecting the Black, Muslim, and LGBTQ community. She is a Press Officer at Planned Parenthood Action Fund.