Fox News has outdone itself. On Jan. 30, Outnumbered hosts Stacey Dash and Andrea Tantaros shared their thoughts on the nationwide problem of sexual assault on college campuses — saying "good girls" avoid frat parties, and women who are raped are "bad girls" who "need to be kept away from liquor and boys."

The other bad girls – bad women – are the ones who like to be naughty, might go out and play and get hurt and then, you know... But the other thing about this is that it then blames the alcohol instead of the person who over-drinks. So it’s like, the same thing with guns. Guns don’t kill people; people kill people. Alcohol doesn’t get you drunk; you get yourself drunk. 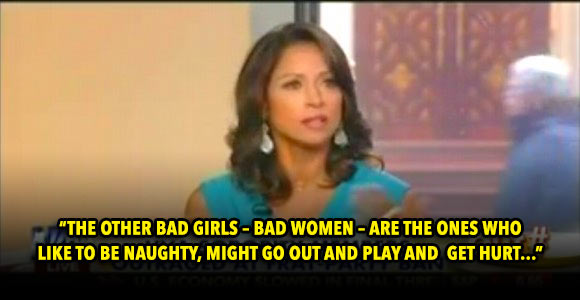 But that’s not all. The segment also discussed the efforts of sororities and schools to safeguard against campus sexual assault — efforts that included encouraging women to skip raucous frat parties.  Makes sense, right? But apparently not to panelist Andrea Tantaros.

Here’s what she had to say:

Sexist, offensive comments are still sexist and offensive, no matter who's saying them. We've had enough of Fox News broadcasting these kinds of horrible messages. Speak out against these comments — and the harmful ideas behind them. 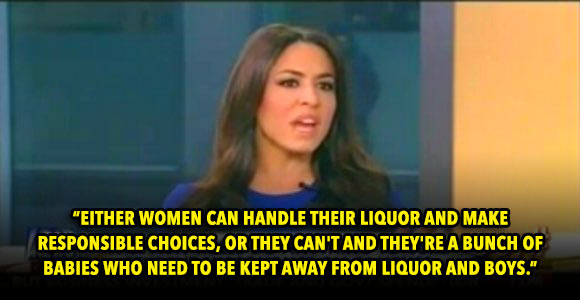 This is the bottom line: Sexual assault is NEVER the victim's fault. No matter what. And this kind of victim blaming isn't just outrageously offensive; it perpetuates extremely harmful and wrong ideas about sexual assault, and makes it harder for survivors to seek justice and support. We should be working to end rape culture and sexual assault — not blaming victims and giving voice to disgusting, sexist ideas.

Add your name if you agree!