Out-of-touch politicians in Congress are pushing to reinstate the global gag rule – a dangerous policy that bans foreign organizations from receiving U.S. family planning aid if they even mention abortion.

We need you to speak out and help ensure the global gag rule goes where it belongs: the history books.

Impact of the Global Gag Rule

If the global gag rule passes, millions of vulnerable women worldwide would be cut off from the health care they desperately need. Access to contraception, and programs that combat gender-based violence, prevent female genital mutilation, and end child marriage — all gone if providers even talk about or offer abortion. 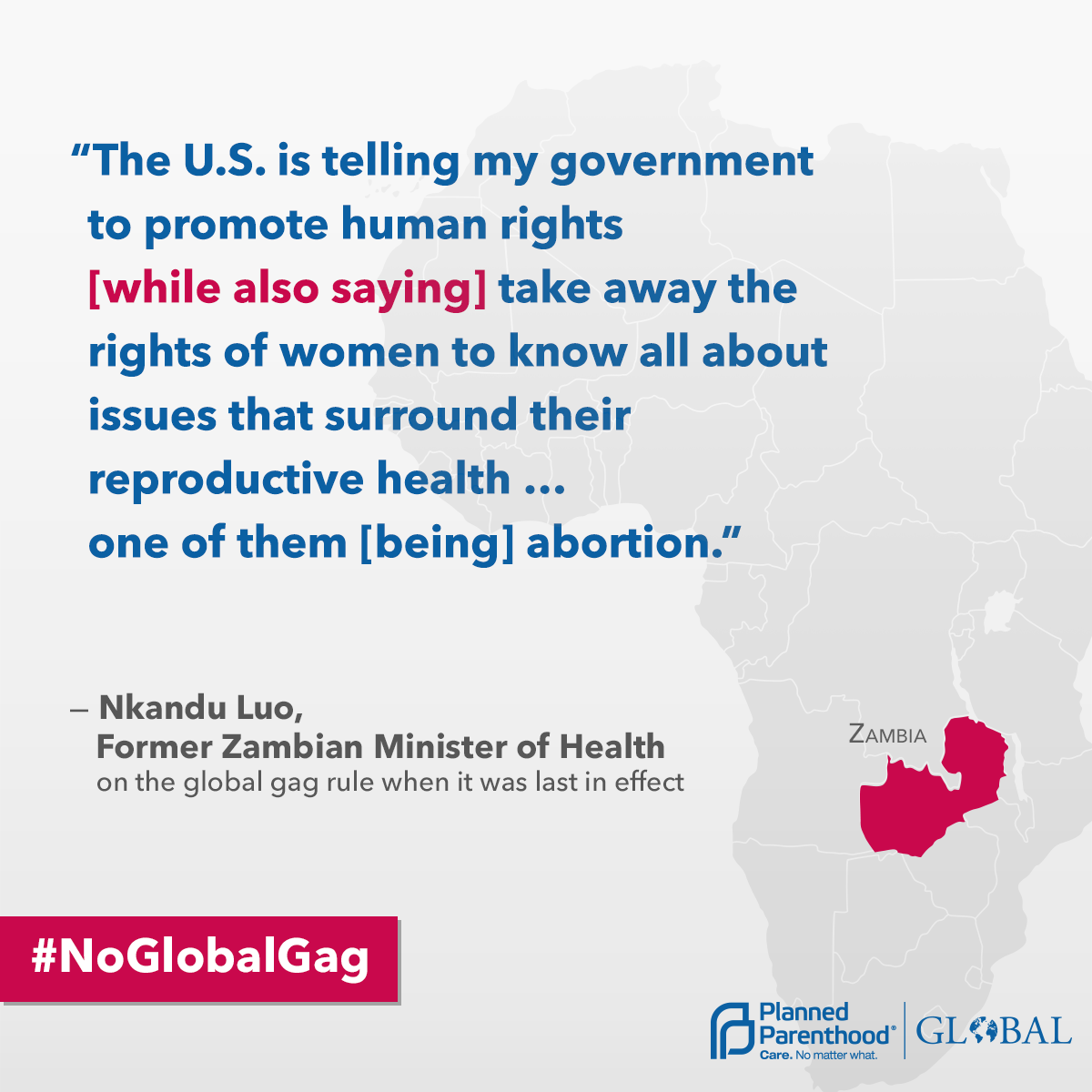 Global family planning programs are working. 77 million unintended pregnancies were avoided and 125,000 women’s and girl's lives were saved in 2013 alone. But the global gag rule would undercut years of progress by disqualifying many of the most experienced family planning providers from funding.

As one women’s health leader in Zambia put it when the policy was last in place,

“The U.S. is telling my government to promote human rights [while also saying] take away the rights of women to know about all about issues that surround their reproductive health … one of them [being] abortion.”

But it’s worse than that: this rule doesn’t just prohibit organizations from receiving U.S. family planning funds if they use their own money to provide abortions. It also blocks them from even speaking to women about abortion in their home country, their legal rights, and full medical options as a condition of receiving U.S. funding. 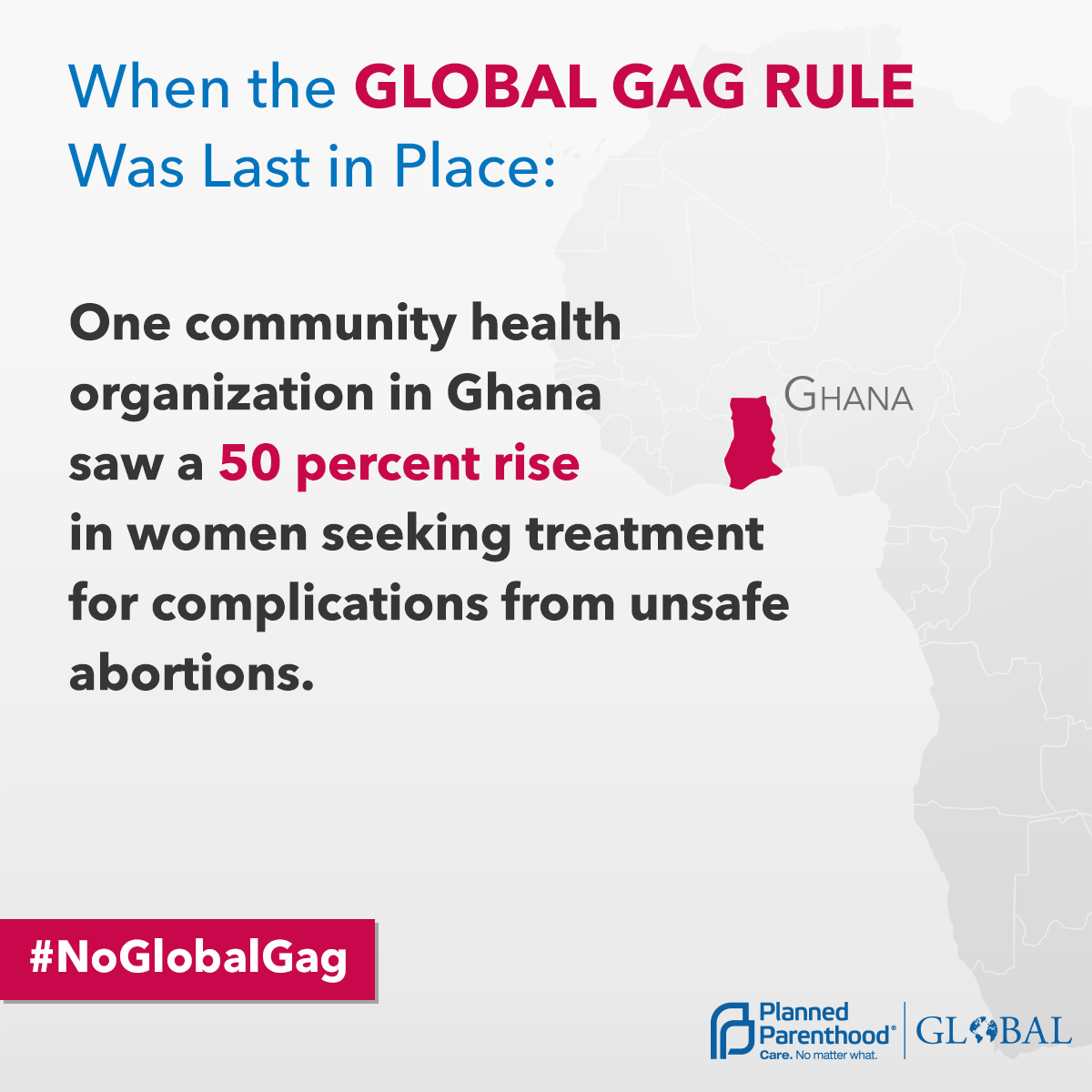 This push to reinstate the global gag rule isn’t about health care, and it isn’t about saving women’s lives.

It’s about one thing only: scoring political points here at home.

We can’t let this disastrous policy become law – not with so many women’s futures at risk.

How You Can Help Women Worldwide

Tell your representatives to support these bills now.