Since 2011, states across the country have passed a wave of laws restricting access to abortion — laws introduced by politicians who want to play the role of “doctor” and interfere in women’s medical decisions. These gynoticians aren’t slowing down, and one cropped up in Idaho who is so intent on inserting himself into women’s exam rooms that he made our Gynotician Hall of Shame.

During a hearing at the Idaho House, legislators heard testimony about a bill that would ban doctors from using telemedicine (which incorporates video conferencing and in-person care) to provide medication abortion.

Real doctors, including the ones at the American College of Obstetricians and Gynecologists, oppose bills like this. Why? Here are just three reasons:

But politicians often are not real doctors. So we were just appalled — but not surprised — when this happened: 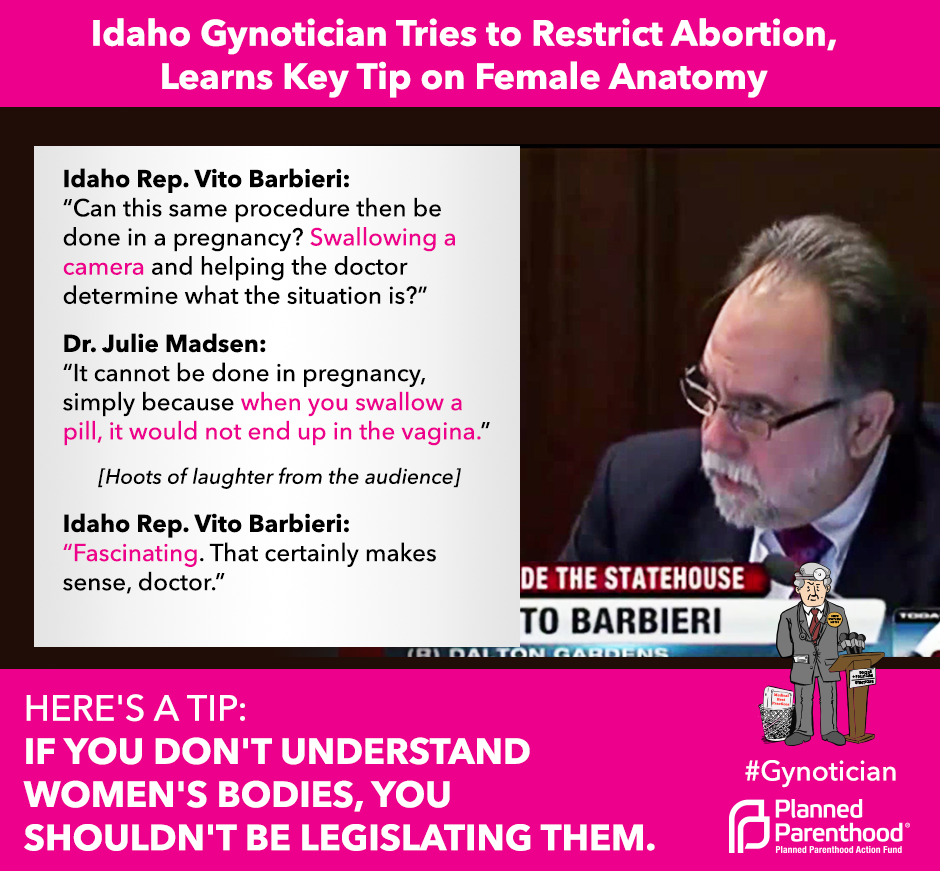 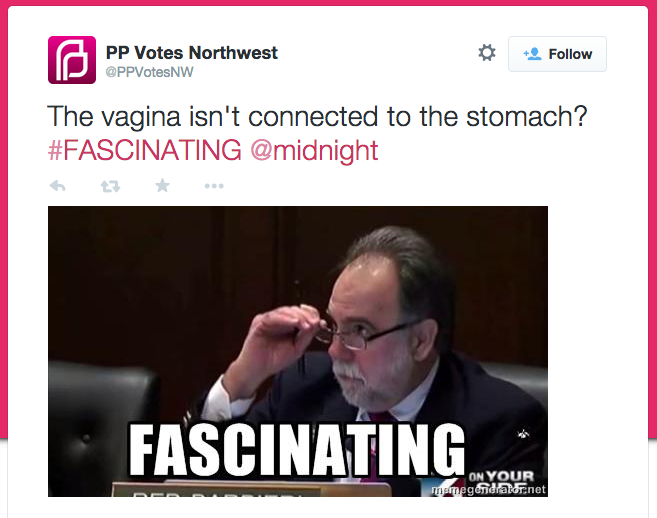 With Women’s History Month starting in just a few days, situations like this beg the question: What side of history are gynoticians like Rep. Barbieri going to be on? With their track record, it looks like they are going to be on the side that is holding women back. That’s the bad news.  Here’s the good news: We’re going to continue advocating for policies that really help women access the care when and where they need it. We’re fighting back in Idaho, and across the country. And we won’t give up.

If you’re tired of hearing gynoticians like Rep. Barbieri legislate women’s bodies without knowing anything about them, sign on to our gynotician petition!