Gynoticians are politicians who want to make medical decisions that should be left between a woman and her doctor. In West Virginia, two gynoticians take the cake this month for trying to legislate their way into doctors’ exam rooms: Delegate Brian Kurcaba, a state legislator who explained how he believes children born from rape can be “beautiful”, and Rep. Alexander Mooney, who is pushing a bill that would ban all abortion nationwide.

While the West Virginia legislature debated a bill this month that would ban abortion at 20 weeks of pregnancy, Delegate Brian Kurcaba spoke against access to safe, legal abortion — even if a woman is raped. To explain, he said that although rape is awful, it's "beautiful" when children result.

We’re pretty sure there is nothing beautiful about rape.

The shocking result in the legislature following Kurcaba’s unthinkable comments? The 20-week ban passed the House. And the bill does not make exceptions for rape or incest survivors.

Also this month, Rep. Alexander Mooney introduced a federal "personhood" bill (HR-816). By giving legal rights to fertilized eggs, this proposed bill could restrict access to abortion, certain forms of contraception, and access to fertility treatment. Voters in North Dakota, Colorado, and Mississippi have all overwhelmingly rejected similar “personhood” initiatives whenever they have been on the ballot.   No personhood measure has ever been approved by voters. 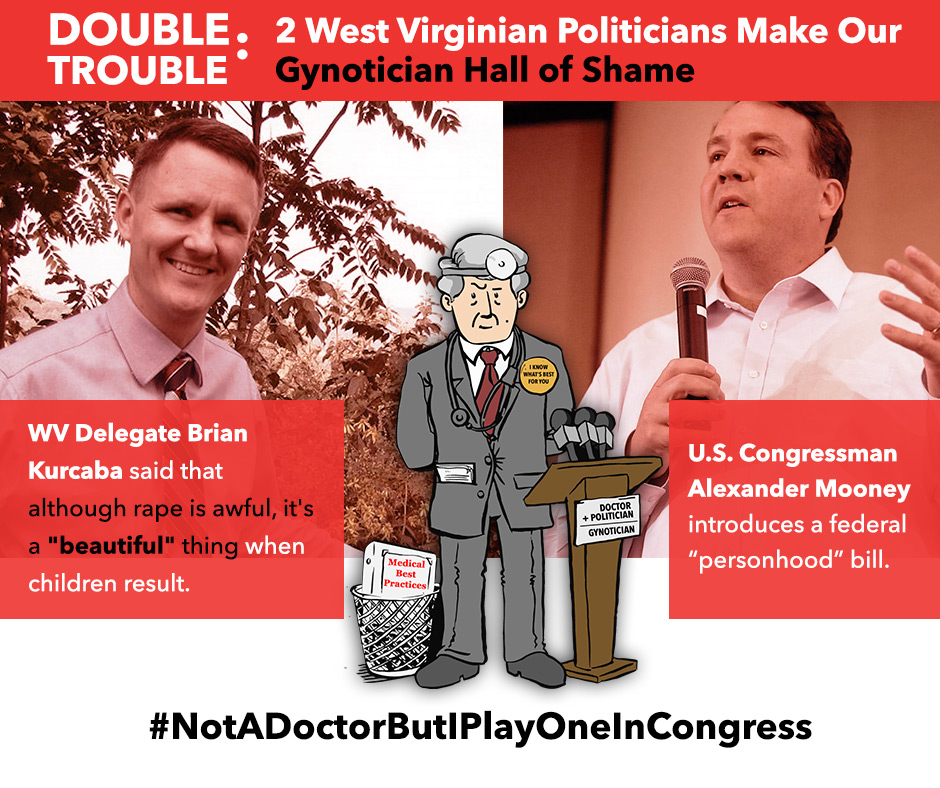 Both the federal personhood bill and the West Virginia 20-week abortion ban bill would seriously interfere with a woman’s private medical decisions. What’s more, they are all part of a larger agenda by anti-women’s health politicians to ultimately make abortion illegal, an effort that would only to make women less safe, put politics over science, and restrict women’s access to the full range of reproductive healthcare.

Tell these gynoticians to leave women’s health up to the real experts: women and their doctors.