The Helms Amendment has been restricting women’s access to much-needed health care for more than 40 years around the world. Here is what you need to know about this harmful policy, and what can be done about it.

What is the Helms Amendment?

This policy — and how U.S. global health programs interpret it more strictly than what is required by law — has restricted women in some of the poorest countries in the world from accessing vital, lifesaving health care they need.

Even in countries where abortion is legal, barriers to accessing care include women's lack of knowledge about their rights, cultural stigma, financial hardship, geographic obstacles, and limited numbers of trained health care providers. The Helms Amendment adds an additional barrier to accessing this care.

What Can Be Done

The White House can’t overturn the entire law on its own, but it can end the practice of turning women away when they are raped or face a life-threatening pregnancy. No woman or girl should be forced to drop out of school because she was raped and became pregnant. No woman should be left to die from complications of unsafe abortion, when a safe and legal abortion is available in her own country.

Tell President Obama: You can’t fix the whole world, but you can take action to correct this policy. We’re counting on you! 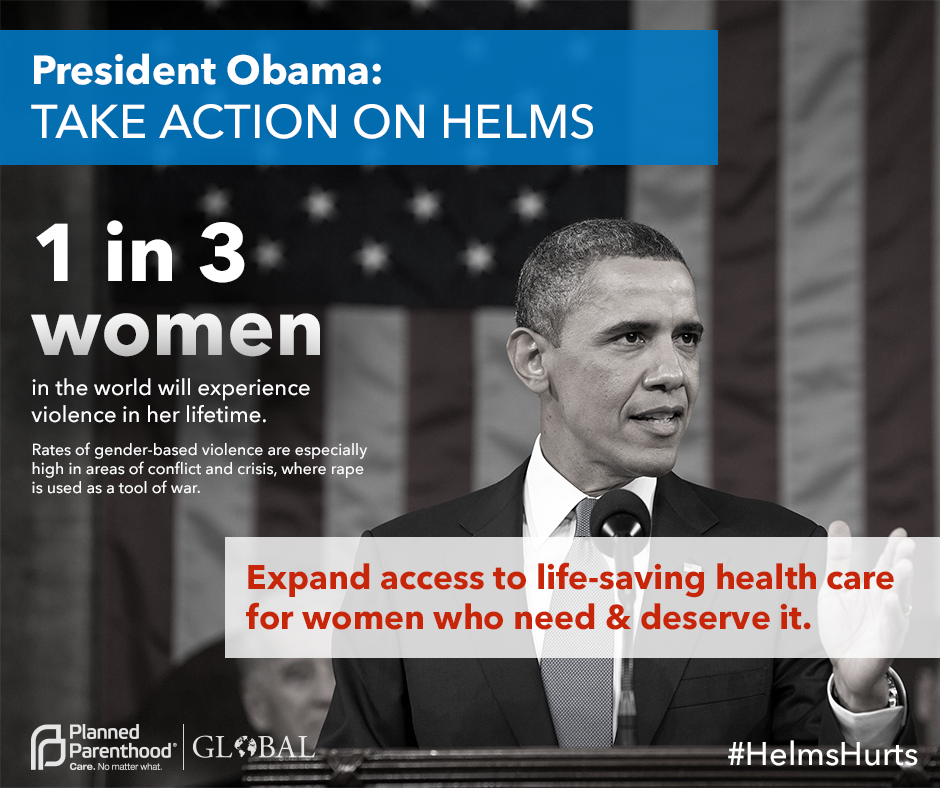