There's simply no comparison when it comes to the two candidates’ positions on women’s health and rights. And with women’s health care under attack across this country, we need a champion — not a demeaning bully — in the White House. is that champion. And this epic chart shows why.

Jump to an Issue: 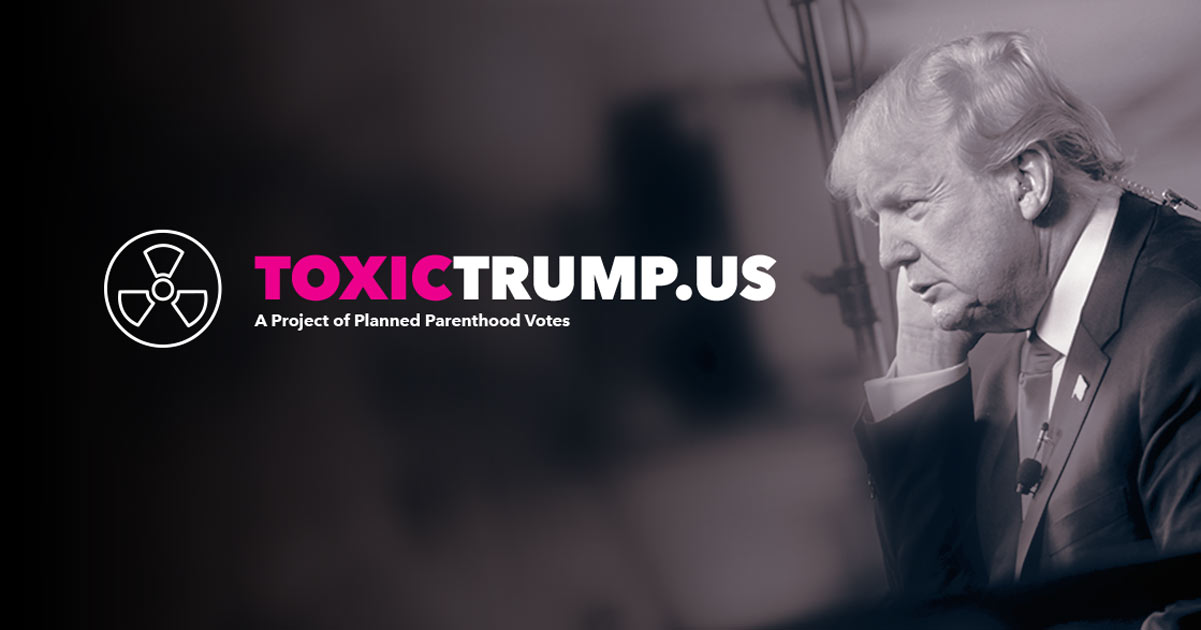 How toxic would a Trump presidency be for millions of Americans? Find out at ToxicTrump.us

America Under Clinton: Her Vision

There really is no question: Clinton is an extraordinarily accomplished champion for reproductive and sexual health all over the world, and has been helping women and families her whole life. Clinton understands the realities and complexities of our lives; Trump belittles them.

It’s never been more clear that Clinton would fight for us. She knows this country can’t move ahead if women are left behind. And Clinton will keep fighting for us — even if it means facing down all of Congress to do so. We stand with her because she has stood for us.

America Under Trump: A Nightmare

Just to recap: Trump promotes dangerous policies. He has made it clear he would overturn Roe v. Wade, punish women for having an abortion, and block patients from going to Planned Parenthood. He’s also sexist and racist. He called pregnant women an “inconvenience” for their employers, he dragged his feet on disavowing the KKK, has made inflammatory comments about people of color at his rallies, and said a judge should be disqualified because he was "of Mexican heritage."

Trump is a dangerous bully we can’t afford. His policies would divide this country, and alienate our friends and neighbors. Trump’s policy ideas and values are dangerous for this country. Electing him as president would send a message to employers, legislators, and people across this country that racism and sexism are now America’s values.

Bottom Line: There Is So Much at Stake This Election

In November, we have the chance to expand women’s rights, economic fairness, and access to basic sexual health care and education. With President Hillary Clinton, we would have a leader who makes fighting for women and families a priority. We could finally make equal pay for all women and paid family leave a reality.

On the other hand, the very right to safe, legal abortion is at stake with a Trump presidency. He's promised to appoint anti-abortion judges to the Supreme Court, including Judge William Pryor — a man who called Roe v. Wade "the worst abomination in the history of constitutional law." Meanwhile, 24 states have already moved to block patients from accessing basic care (like birth control, cancer screenings and well-woman exams) at Planned Parenthood health centers.

We’ve got a nationwide fight on our hands to protect access to basic health care. We want a president who is in our corner. We will have that with President Hillary Clinton.

Trump is dangerous, inciting violence at his rallies and using ugly rhetoric targeting women and people of color in his speeches. And if elected, he would be an absolute disaster for women's health and rights.