A vote is expected this week on the measure.

The legislative proceedings come on the heels of a report released today by the National Abortion Federation (NAF) showing the shocking increase in “hate speech and internet harassment, death threats, attempted murder, and murder” on abortion providers, “which coincided with the release of heavily-edited, misleading, and inflammatory videos beginning in July.” 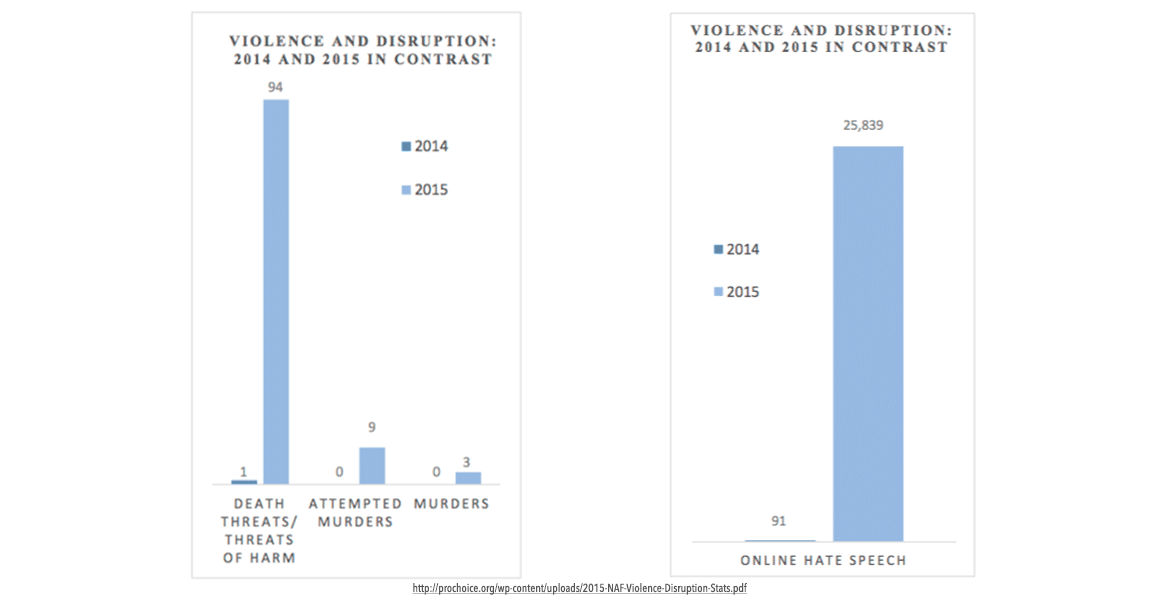 The videos produced by recently indicted David Daleiden and the anti-abortion group the Center for Medical Progress are also cited as partial justification for “contempt” proceedings in Missouri. 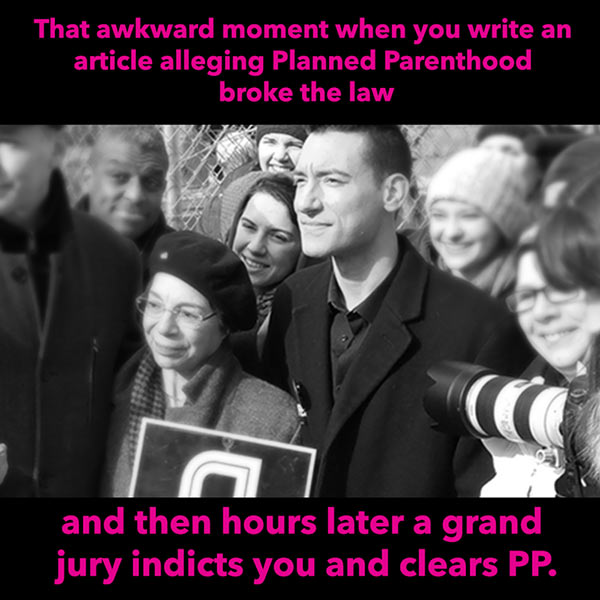 Just yesterday, Daleiden found himself under investigation in California as well:

“David Daleiden’s lies are catching up with him,” Planned Parenthood spokeswoman Erica Sackin said in a statement. “The only people who engaged in wrongdoing are the extremists who broke multiple laws to spread lies about Planned Parenthood — and it looks like they’re finally being held accountable.”

The resolution’s introduction and the NAF report comes on the heels of dangerous, incendiary remarks made by presidential candidate, Donald Trump, who stated women should receive “punishment” for getting an abortion. Trump later walked his comments back and issued an equally dangerous statement, stating that doctors, or any person providing abortion, should instead be punished.

These attacks are no longer merely rhetorical.

They have created an environment where threats and incidents of violence, harassment have become normal for both providers and women seeking health care. This report shows in stark black and white what our brave and committed doctors, providers and health center staff face every day. We remained focused first on the safety of patients who rely on us for high-quality care as well as those who provide that care.

We will not go  back to the days where reproductive health providers and women are treated like criminals for providing and seeking abortion care.”

The bill introduction, which proposes to hold the PPSLR CEO in contempt with the threat of jail, was inspired by the same video smear campaign cited in the NAF report that “directly correlates” violence against abortion providers to the widely debunked videos.

Despite the fact that the Attorney General found that Missouri has complied with all laws in the wake of the video smear campaign, the Missouri Senate has pursued this full on assault on women’s health care, seeking “documents that make reference to [two Planned Parenthood staff members] who are prominently featured in widely debunked ‘sting’ videos by the activist group the Center for Medical Progress (CMP) (The Guardian).”

The Missouri Senate is also considering a bill that would - among other things - strip Planned Parenthood of its ability to serve low-income women through the Medicaid program.

Planned Parenthood affiliates in Missouri serve 70,000 patients across the state, and more than 7,000 of which are through Medicaid program.

PPSLRSWMO is currently the only abortion provider in the state.

It was left as such after the same line of political attacks, originating in the Missouri Senate last fall, effectively stripped Planned Parenthood in Columbia, MO, of their ability to provide safe, legal abortion.