Today, the Obama Administration announced a proposed rule that would protect health care for millions of people across the country. The rule enforces existing protections in the Title X family planning program that prohibit states from discriminating against women’s health care providers.

Stand up for PP patients!

Women, men, and young people — more than 4 million of them — rely on the nation’s family planning program, Title X, for basic primary and preventive health care, including well-woman exams, lifesaving cancer screenings, contraception, and testing and treatment for sexually transmitted infections (STIs). This includes the approximately 1.5 million people who depend on Planned Parenthood health centers for basic health care through the nation’s family planning program. It’s a crucial safety net for many men, women and families with low incomes — and it’s essential that they’re able to access health care from the most qualified, trusted provider available. This proposed rule couldn’t have come at a better time, because, as we’ve seen, extremist politicians have made every attempt to block patients from accessing birth control and other care at their chosen health care provider — including Planned Parenthood health centers. 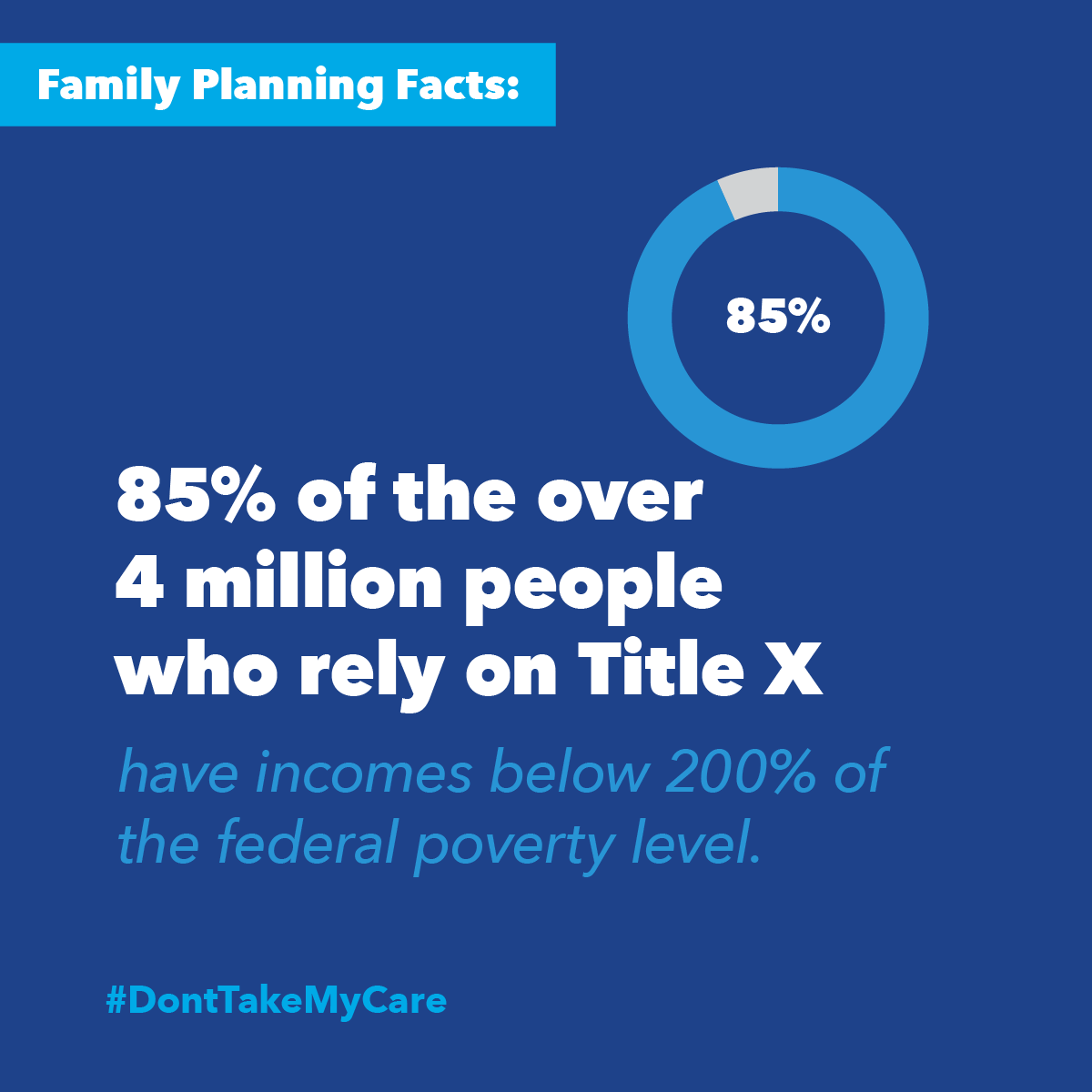 With this rule in place, those most in need will still have access to lifesaving care, such as cancer screenings, birth control, STI testing and treatment, and well-woman exams, at their chosen provider.

Here’s what Planned Parenthood Federation of America’s Cecile Richards had to say about the proposed rule:

“This will make a real difference in so many people’s lives. The Obama Administration is protecting access to health care for millions of people. Women in nearly half the states in this country have faced political attacks on cancer screenings, birth control, and other basic care. This rule makes it clear that politicians cannot ignore the law as they pursue their agenda to stop women from getting the care they need.

“Every person deserves access to quality, affordable health care from a provider they know and trust. Thanks to the Obama administration, women will still be able to access the birth control they need to plan their families, and the cancer screenings they need to stay healthy.”