When it comes to shattering stigma and helping spark more honest dialogue about sexual and reproductive health as well as women’s rights, pop culture is a powerful tool. That’s why, this year, we’re thrilled to see exciting progress in the form of more real, refreshing portrayals of women and their lives on our screens and in our headphones. What’s inspiring is that these portrayals are shaped by women behind the scenes through the lens of their own experience.

With awards season upon us, we’re excited to see many of our favorite projects — and women’s health and rights supporters! — being recognized for their excellence.

We know that pop culture can be instrumental in raising awareness about reproductive health, women’s rights and fundamental human rights. That’s why Planned Parenthood works closely with arts and entertainment leaders to help develop content that is accurate and sensitive in its depictions of the work we advocate for daily — sexual and reproductive health and freedom. Planned Parenthood recognizes the arts through its annual awards to the entertainment media and we’re especially thrilled when our partner projects receive critical recognition — and we love seeing new projects nail it on telling real women’s stories.

We lead diverse lives and have diverse experiences, and we all deserve to have our stories told in the movies we see, the TV we watch, and the music we listen to.

For decades, authentic depictions of women’s lives, health, and sexuality on film and TV have been few and far between, with even fewer honest discussions around topics that can often be taboo, like abortion. One of our favorite films this year, Obvious Child, was a major breakthrough — not just because it shows a woman (Jenny Slate) deciding to have an abortion, but because it shows her as a complete person making the complex decision to end a pregnancy and still having a full and fun life.

The film is a real, hilarious, and unapologetic story about one woman navigating life and dating, and making the decision that is right for her — without stigma or shame. We’ve never really seen a character or a story like that in a Hollywood film, even though millions of women all across the country can identify with her story. Every woman’s decision about her pregnancy should be respected and valued, and we loved seeing that idea play out on screen.

But that’s not the only project that broke boundaries in pop culture this year. We fell in love with BET’s Being Mary Jane, the hit show that follows news anchor Mary Jane Paul (Gabrielle Union) as she navigates relationships, family drama, and career challenges — and touches on themes like healthy relationships, teen pregnancy, sexuality, and safe sex. We love Mary Jane not just because she’s a successful TV anchor who has plenty of sex — but because she is complicated, intense, and above all, real. She is fully in charge of her life; like Planned Parenthood’s patients, she knows what she wants in life, and she is trying to make healthy choices to get there. (We’ll cheer to that.)

And women’s health isn’t the only important cause being lifted up on screen. Selma, directed by Planned Parenthood supporter Ava DuVernay, tells the incredibly powerful story of a critical moment in the Civil Rights movement. It’s history that needs to be retold, and for many, resonates now more than ever. 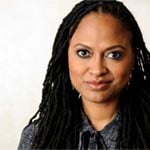 We salute DuVernay especially as a fearless, raw storyteller in an industry where women of color are underrepresented across the board — as lead actors, as real, complex, strong characters, and as directors and decision makers. It’s important to see stories that lift the voices and show the visions of women and people of color — ensuring that all of our diverse experiences and perspectives are represented, both in front of and behind the camera. We’ll be rooting for Selma and DuVernay’s incredible work at this year’s Academy Awards.

We love to brag about our friends, and we’re especially proud to see so many fantastic supporters of women’s health and of Planned Parenthood honored at awards shows this season. Join us on Twitter around the shows as we applaud these artists and advocates for their accomplishments!