For the last several weeks, candidates up and down the ballot have clashed on the debate stage, making their cases directly and laying out positions on the issues most important to voters.

The debates took place in key Senate and gubernatorial races across the country. Though they might not get the same prime-time attention as the presidential debates, these debates offer the same opportunity to see stark differences between candidates.

Now that the bulk of these debates have concluded for the cycle, let’s take a look at a handful of candidates endorsed by Planned Parenthood advocacy and political organizations that have stood up for women’s health and rights:

In the first U.S. Senate debate between incumbent Sen. Marco Rubio and Rep. Patrick Murphy, Murphy called Rubio out for continuing to stand with Donald Trump — even though Trump has bragged about sexually assaulting women, and has a record of misogyny and sexism that has compelled woman after woman come forward with similar allegations of assault.

Murphy named the many reasons why Rubio is bad for Florida women: For starters, Rubio opposes equal pay for women. He also opposes abortion in the case of rape, in the case of incest, and for women infected with Zika.

“Let’s just talk about Donald Trump again, right? Think about who my opponent, Marco Rubio, has endorsed to be our next president: bragging about sexually assaulting women? ….You do not support a woman’s right to chose. When asked about equal pay for women, your quote was that it is a waste of time.” 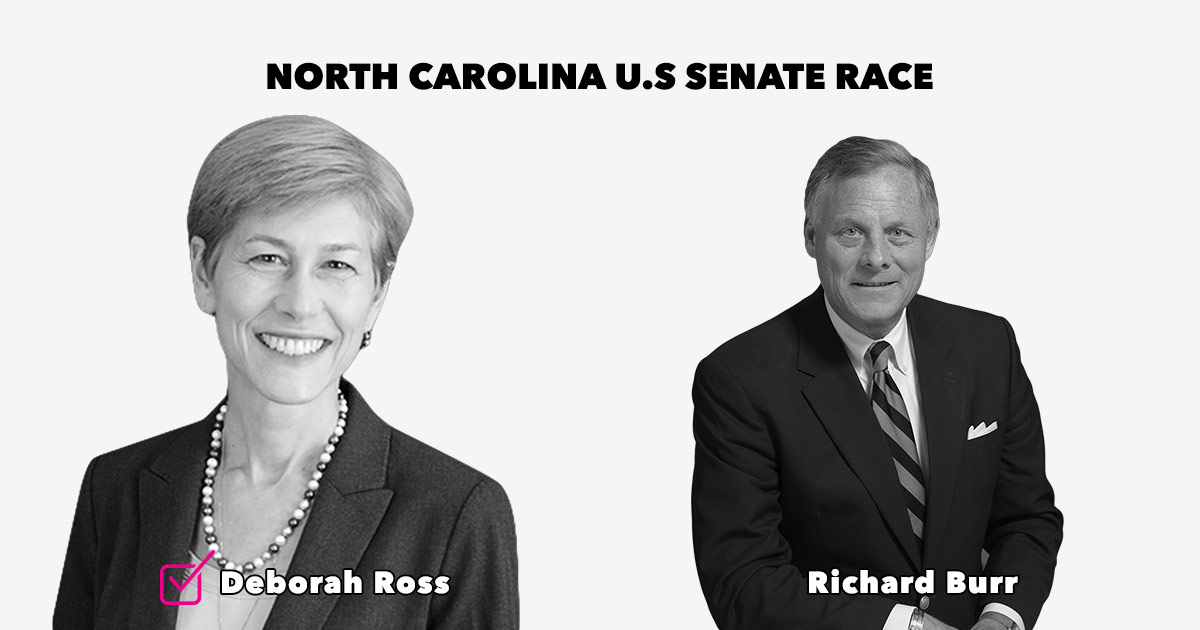 In an October 13th debate between PPAF endorsed Deborah Ross and Senator Richard Burr, Ross said that she’d “put her record of protecting women and children” up against Burr’s any day.

"And I have a strong record of protecting of women and children. And I was a leader in domestic violence reforms. I introduced a bill to clear up the rape kit backlog. And so my record protecting women and families is long and heartfelt. Now, Senator Burr on the other hand voted against reauthorizing the violence against women act, and he voted against a bill that would have funded the sex offender registry. And I'll put my record of protecting women and children up against his any day of the week."

We hear you, Deborah! Sen. Burr has a long, long record of voting against the best interests of women and their families. For more than 20 years, Richard Burr has used public office to push an agenda to make it harder for people to access affordable birth control and the full range of reproductive health care services.

He has taken eight votes to block patients from accessing care at Planned Parenthood health centers and Burr cosponsored the Blunt Amendment, which would expand employer’s ability to block access to birth control. Burr has also voted against the Paycheck Fairness Act multiple times, and against the Lilly Ledbetter Fair Pay Act — which makes it easier for employers to challenge unequal pay and is now the law of the land — twice. 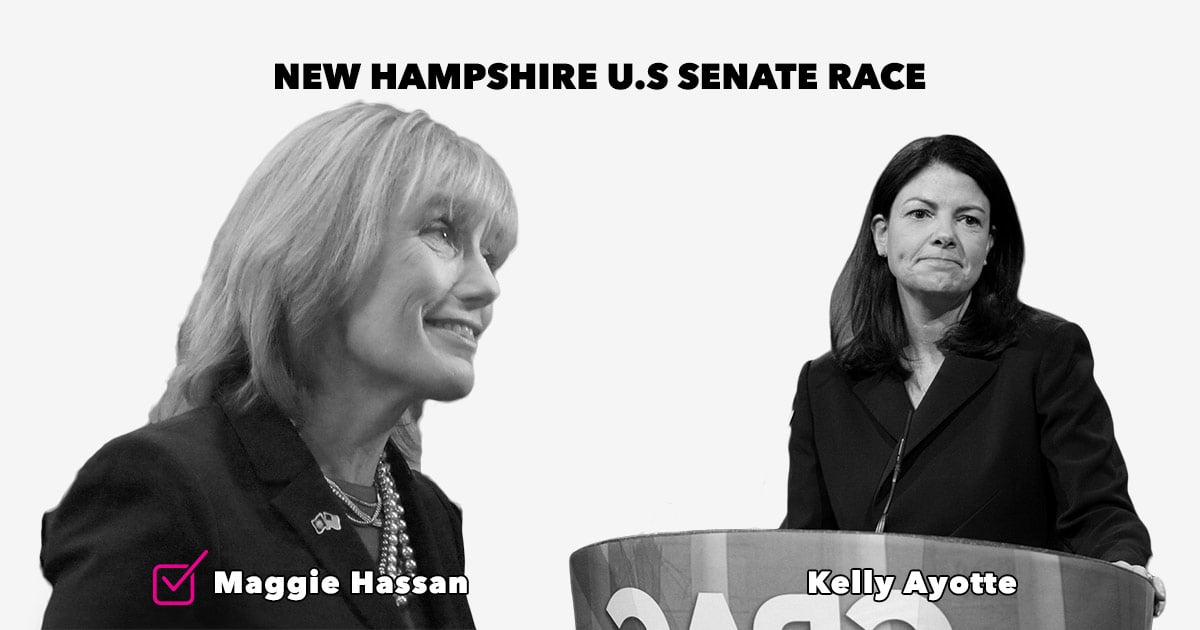 In an October 3rd debate between Gov. Maggie Hassan and Sen. Kelly Ayotte, the two candidates were asked why they were the best candidate for New Hampshire women. Gov. Hassan had the winning response of the evening, during which she displayed her unwavering commitment to supporting a woman’s access to the full range of health care options:

“And there are some real differences between Senator Ayotte and myself — the most significant one of course being that I support a woman’s right to make her own health care decisions, and to access health care on the same terms that men do. So while I worked to restore funding to Planned Parenthood, Senator Ayotte voted to cut it six times. She supports overturning Roe v. Wade, she supports and has actually sponsored legislation that would allow employers to deny birth control coverage for female employees….I’ve also supported equal pay for equal work, which Senator Ayotte has not.”

Take it from Gov. Hassan herself: There are some “significant” differences between the two candidates — differences that have real consequences for the women of New Hampshire and the country. 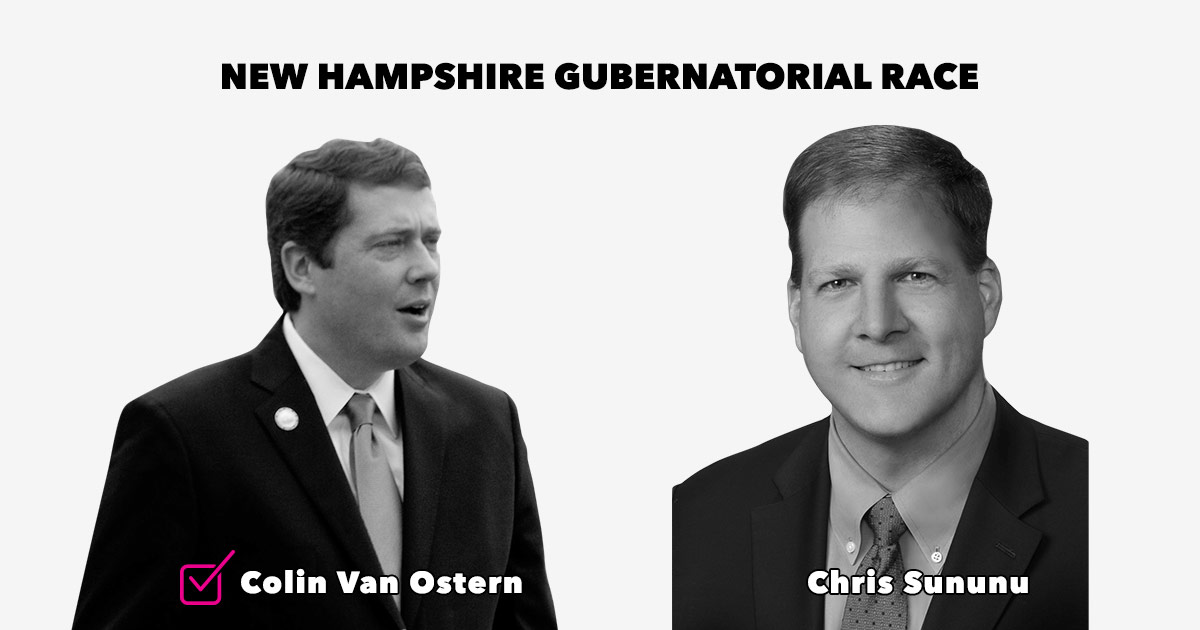 Democratic candidate for governor, Colin Van Ostern, was actually motivated to run for political office for the first time because he wanted to ensure that Planned Parenthood patients in New Hampshire were able to access care at Planned Parenthood health centers — no matter what.

During his closing statement during the Oct. 26 debate hosted by NH1 News, Van Ostern was loud and proud about his commitment to supporting Planned Parenthood’s services 100%.

“For me this is about focusing on what’s best for people and getting past the old outdated political interests. When we talk about funding Planned Parenthood, it’s not just that we need a governor who will support that funding 100% of the time as  I will, it’s also about looking out for that young mom who needs access to a cancer screening and can’t get it anywhere else.”

We at PPAF couldn’t agree more that supporting access to Planned Parenthood’s health care services is focusing on what’s best for the people of New Hampshire! 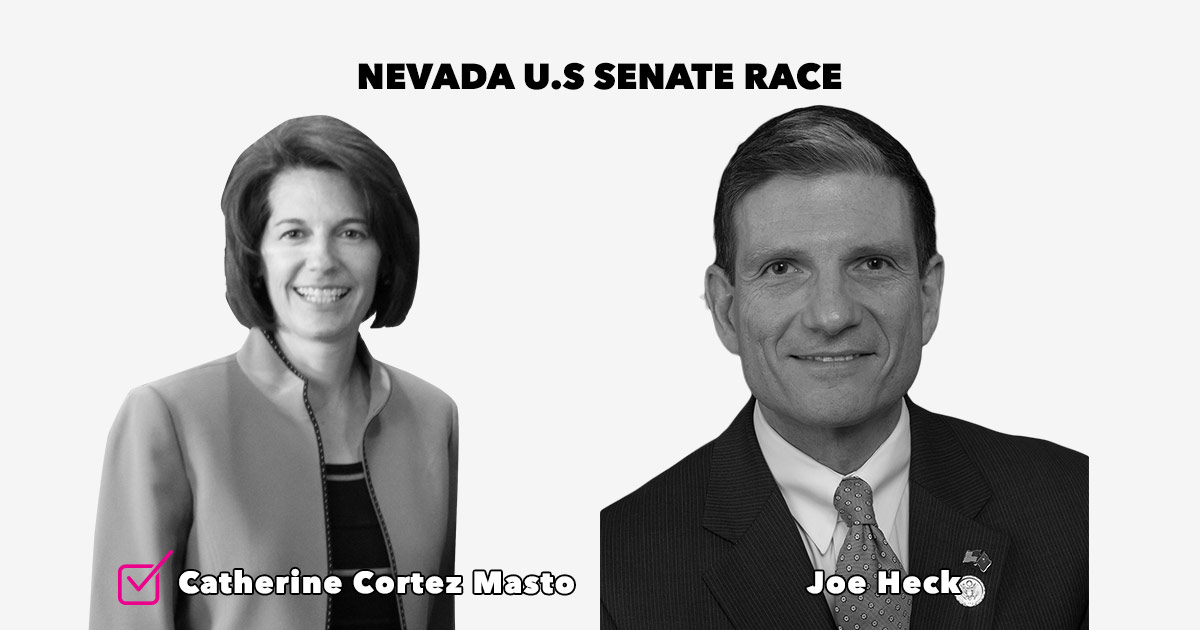 In the one and only Senate debate between PPAF-endorsed Catherine Cortez Masto and Rep. Joe Heck, Cortez Masto made it clear that her vision for a Supreme Court includes justices who will protect the decision made in Roe v. Wade.

“If you’re looking at someone like Justice Scalia, who we know is very conservative and would overturn Roe v. Wade? That’s a concern for many people across this country.” 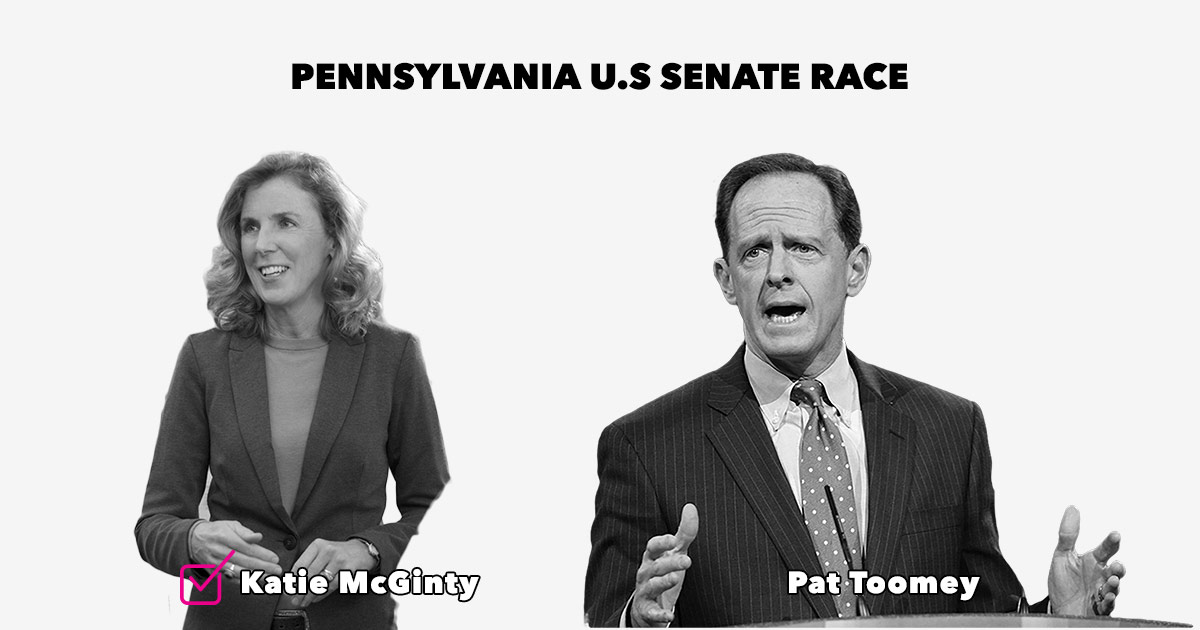 Sen. Pat Toomey is one of the country’s most extreme, anti-abortion senators. He has even suggested that doctors should go to jail for providing abortion. In the final U.S. Senate debate in Pennsylvania, McGinty called out Toomey’s position for what it is: “out of the mainstream.”

“Senator, this should be not about politics, and your position on this has been decidedly out of the mainstream, joining with Donald Trump in saying that women or their doctors should be jailed for having to make these excruciating decisions."

Donald Trump has made similar comments, he said that women should be “punished” for having abortions.

Are you ready to protect and expand reproductive rights this election? Planned Parenthood Action Fund needs volunteers who are ready to take action locally and online.