On Tuesday, four members of Congress — Rep. Jan Schakowsky (D-IL), Yvette Clarke (D-NY), Rep. Jerry Nadler (D-NY), and Rep. Zoe Lofgren (D-CA) — submitted a letter to U.S. Attorney General Loretta Lynch and California Attorney General Kamala Harris asking for an investigation into the Center for Medical Progress, an anti-abortion group that may have violated state or federal laws by pretending to work for a company to record the Planned Parenthoold executives without their permission.

"This is a new low, even for anti-abortion activists who will stop at nothing in their effort to undermine a woman's right to choose," Schakowsky said in a statement. "I believe the Center for Medical Progress may have broken the law in developing and executing this unbelievably elaborate and troubling scheme, and all Americans should have concerns about that." 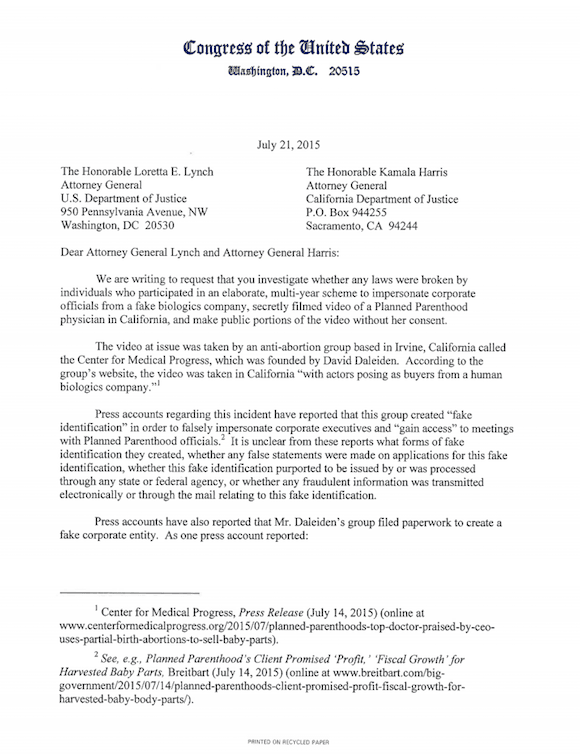