Millions of Americans are at risk of losing their health coverage. What’s putting them at risk is a Supreme Court case called King v. Burwell that is challenging a core component of Obamacare. But we’re not going to let this moment pass while sitting quietly. No. People who believe health care is a human right are shouting their personal stories from the rooftops and rallying at the Supreme Court.

Here’s how you can join in all the action.

Do you, or someone you know, have a story about how they have benefited from the tax subsidies provided through the Affordable Care Act (ACA)? If so, share it! There is nothing more powerful than sharing a personal story. Visit ObamacareWorks.org/share-your-story and tell us how Obamacare has made a difference in your life.

Already, millions of Americans are benefiting from the Affordable Care Act (ACA). But it's your stories — the real, powerful examples of Obamacare's impact — that will help show the amazing effect this law is having on the lives of women, men, and young people across the country.

Take, for example, Delma and Adrienne, who are coming to Washington, DC, to rally outside the Supreme Court and tell their stories: 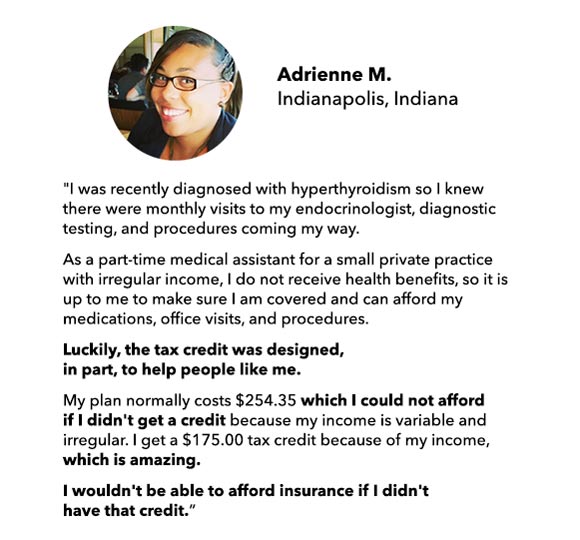 Or take Sarah, whose medications would be painfully expensive without Obamacare: 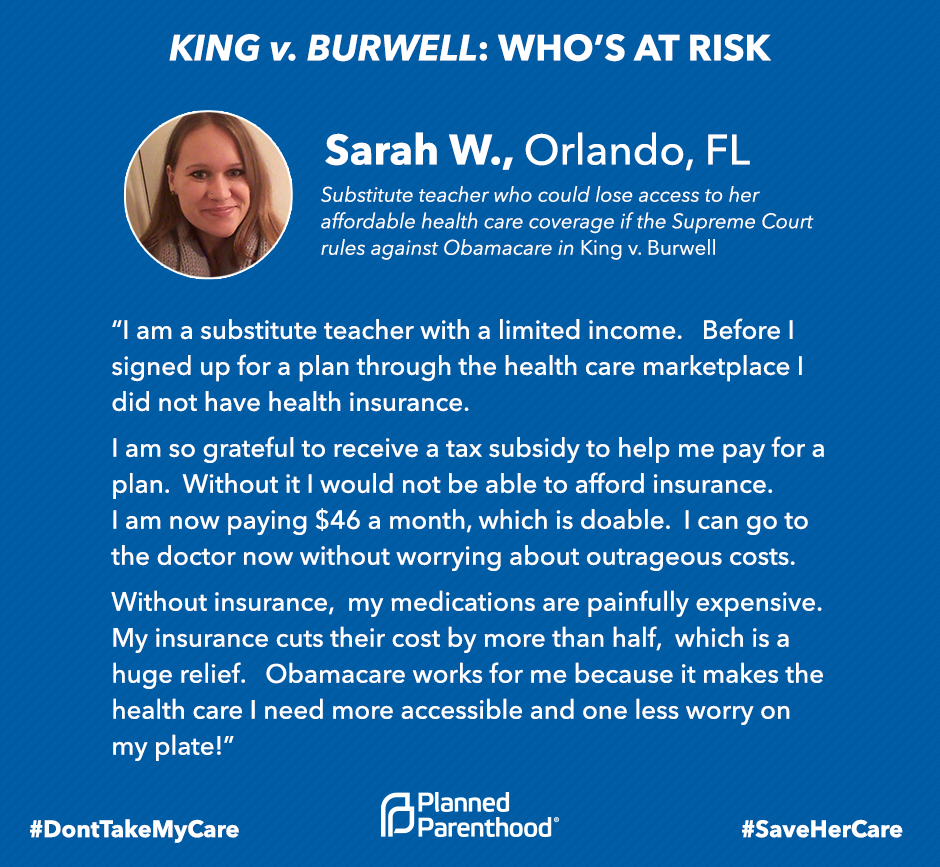 Delma from Texas and Adrienne from Indiana will be traveling to Washington, DC, the morning of March 4 to share their stories. You can hear them, and make your voice heard!

Planned Parenthood will join allies outside the Supreme Court on March 4, as they hear oral arguments in King v. Burwell. We are rallying to protect access to health care for the 9.3 million men, women, and families who would be impacted by a negative outcome in the case.

Stand with us to say that access to care shouldn't depend on your zip code!

●      Who: Planned Parenthood, other groups fighting for affordable health care, and you!

More Ways to Get Involved

On March 4 the U.S. Supreme Court hears open arguments in King v. Burwell. Read all about it in our detailed blog, or get the nutshell right here:

The case challenges a core part of the ACA — the part that lets the federal government provide subsidies to low- and middle-income families so they can afford premiums for health insurance. In particular, it challenges the subsidies that the federal government provides to people who live in 34 particular states, which didn’t set up their own health care marketplaces. A whopping 9.3 million people in these states are at risk of losing their access to affordable health care coverage if the Court sides with the plaintiffs in King.

All that will have a profound impact on the future of the ACA, and whether women and their families can access the coverage they need. If the ruling takes away subsidies for people in need, and the leadership in these 34 states doesn’t establish a state marketplace to restore the subsidies, the effects could be nothing short of crisis: