In a deeply troubling decision for women’s health care and reproductive rights, on Monday the U.S. Supreme Court ruled that some employers who personally believe birth control is wrong have the power to deny legally mandated health care coverage of it for their employees. The 5–4 ruling in Burwell v. Hobby Lobby (previously Hobby Lobby v. Sebelius) and Conestoga Woods v. Sebelius grants bosses at two companies a religious exemption to the part of the Affordable Care Act (ACA) that covers birth control without copay.

“This decision sets a dangerous new precedent, allowing corporations to interfere in the private health decisions of employees — and it’s women who will pay the price,” said Planned Parenthood Federation of American President Cecile Richards.

By allowing bosses to take away their employees’ legal right to birth control coverage, the ruling essentially gives bosses the right to discriminate against women. Here’s why.

The evangelical Christian family who owns the craft chain Hobby Lobby and the Mennonite family that owns cabinet-maker Conestoga Wood Specialties falsely believe that emergency contraceptives and intrauterine devices are “abortifacients.”  This claim has no basis in science, and underscores why decisions about birth control should be between a woman and her doctor, without intrusion from her boss.  Siding with the bosses, Justice Samuel Alito wrote in the majority decision that the ACA’s birth control coverage mandate would force the companies to violate “their sincerely held religious beliefs.”

Maddeningly, the ruling states that it does not protect employers who try to “cloak illegal discrimination as a religious practice.” Oh no, it’s not protecting discrimination at all. It’s just denying a specific type of health care to the only type of people who need it: women. 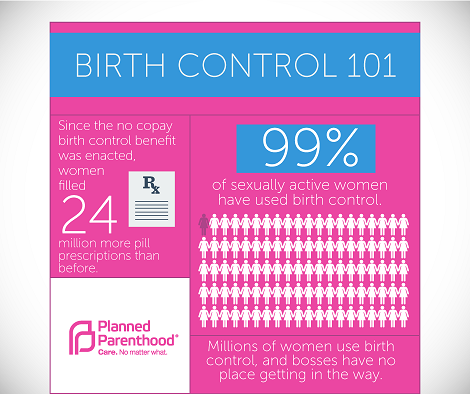 Falling Down a Slippery Slope

The Court’s ruling is just for “closely held,” for-profit corporations, which includes large companies that have a handful of people who own half the stock. The ruling’s logic can extend to companies of any size, public or private, and invites many more companies to claim religious exemptions from the government’s health care regulations.

The decision is so startlingly broad that it can override the health care needs of employees and their dependents across the country. In her dissent, Justice Ruth Bader Ginsburg called out the precedent being set, saying that it can deny “legions of women who do not hold their employers’ beliefs access to contraceptive coverage that the ACA would otherwise secure.”

In turn, the ruling creates a slippery slope where employers could end up denying health coverage for any medical service that they say conflicts with their own religious beliefs. And that could lead to employers discriminating against women, minorities, and any other groups that need particular types of medications or procedures. 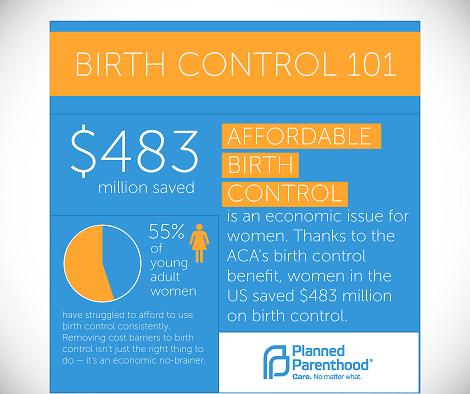 Affordable birth control is an economic issue for women — especially those working hourly jobs trying to make ends meet.  Cost is a barrier to health care for working women, who sometimes must choose between filling their birth control prescription and buying groceries. In fact, 55 percent of women ages 18–34 have struggled with the cost of prescription birth control.

The good news is that the ACA’s birth control benefit still stands, despite this ruling. Thanks to this benefit, women in the United States saved $483 million on birth control in 2013. Women will continue to benefit this year in their health, and in their wallets: 30 million women are now eligible for birth control without copay, and the vast majority of those eligible will still be able to get it.

The Supreme Court decision means that bosses’ personal views can interfere with preventive care for their employees, but the bosses’ views in this case are far outside the mainstream. More than two in three female voters say that corporations should not be able to exempt themselves from the ACA’s birth control coverage.

The five justices who ruled against women's health this week are out of step with most Americans.