It's National Women's Health Week and anti-women's health politicians in the House of Representatives have chosen to launch yet another attack by voting on a bill to ban abortion at 20 weeks nationwide. 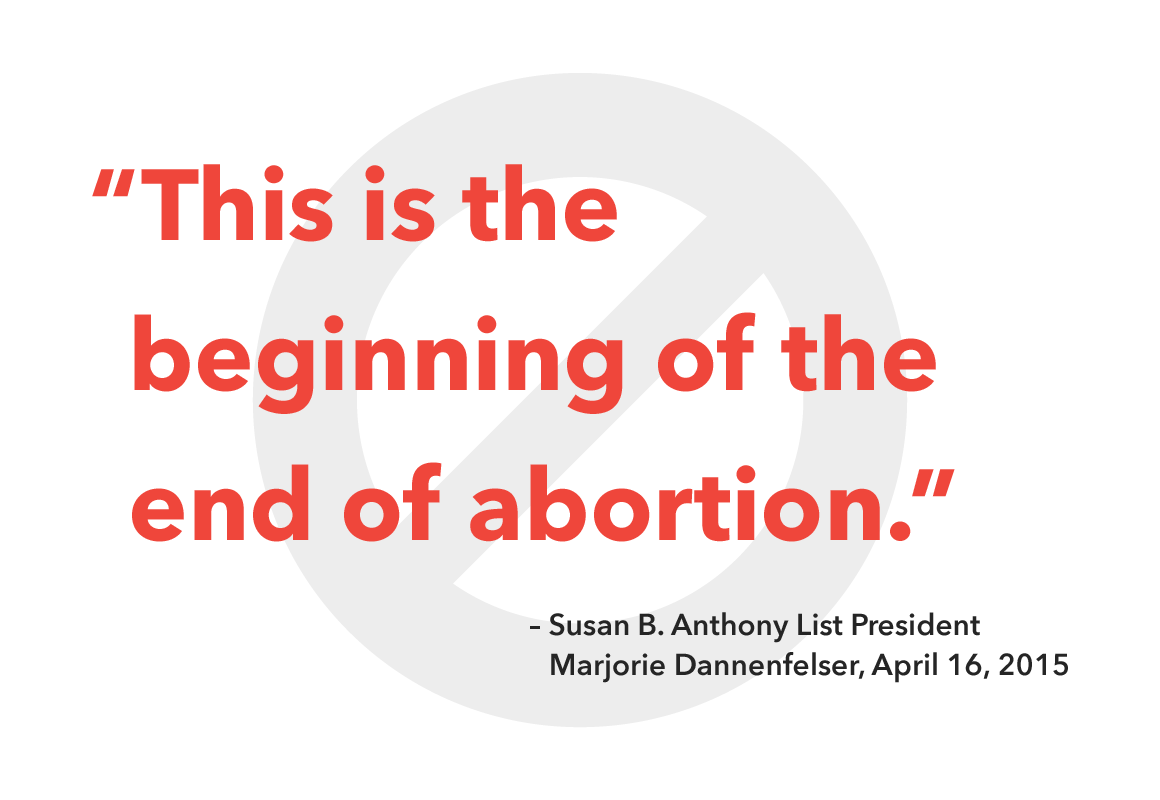 To be clear, abortion opponents are pushing this ban to chip away at abortion access altogether. They're actually calling this bill "the beginning of the end of abortion."

Abortion opponents who helped elect the anti-women's health majority in Congress want to be rewarded for their efforts. Their prize? A new assault on abortion rights. But 61% of Americans oppose it - for good reason. It forces politicians into women’s lives during complex and often heartbreaking decisions need to be made with their doctor.

At 20 weeks, the decision being made is not black or white, its multiple shades of gray.

My husband and I were confronted with two equally horrible options — carry the pregnancy to term and watch our baby girl suffocate to death upon birth, or terminate the pregnancy early and say goodbye to our much-wanted and much-loved baby girl. - Christie B., Virginia

So the question is — can we get louder than a group of extremists trying to ram their anti-abortion agenda through Congress? The politicians pushing this ban don't care about circumstances. Senator Lindsey Graham has promised to move quickly to vote in the Senate on this bill if it passes the House. We have to stop this now.

Thanks for speaking up when it counts, again and again.

Join rallies across the country on Saturday, May 14 to say: BANS OFF OUR BODIES.