Thousands of Planned Parenthood supporters, community members and partner organizations came together on Dec. 5 at nearly 50 locations across the country, and millions were engaged online for the National Day of Solidarity.

Events remembered the victims of the tragedy in Colorado Springs, showed support for access to safe reproductive health care free from violence, threats and intimidation, and called for an end to hateful rhetoric that is inciting violence in our communities.

Planned Parenthood Federaton of America President Cecile Richards addressed the crowd at Colorado Springs' solidarity event: “What happened in Colorado Springs broke our hearts — and it steeled our spines," she said. "In these moments we all have a choice: Do we let callousness win, or compassion? Do we tune out, or do we engage? Shutdown, or stand up? Planned Parenthood always chooses compassion. Even in the hardest times. Especially in the hardest times.”

The Day of Solidarity event in Washington, DC saw participants and speakers remember the victims in Colorado and San Bernardino, CA, as well as share personal stories and unify against the hateful rhetoric that has incited violence against not only Planned Parenthood, but also the Black, immigrant, refugee, and transgender communities. 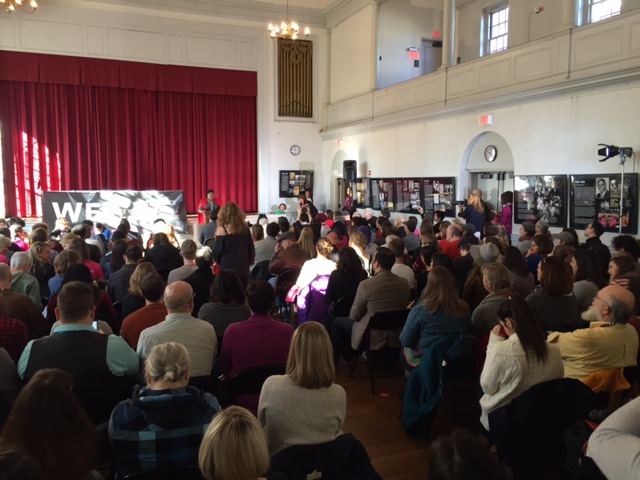 “What happened in Colorado Springs and now San Bernardino is unspeakably tragic," said Planned Parenthood Federation of America EVP Dawn Laguens. “Today we say enough is enough. Enough of the intimidation and attacks suffered by those who seek reproductive health care — yes, women, but often most egregiously people of color, immigrants, refugees, and our brothers and sisters in the transgender community. Enough is enough. We deplore your violence. We reject your threats. Our doors stay open.”

“Too often these acts of violence are attempts to silence our voices and undermine our most cherished values: freedom, equality, and opportunity.  Too often these terrible acts seek to generate fear.  That’s why today is so important – it’s an affirmation that we’re not afraid. It’s an affirmation that we stand together against violence that seeks to divide us and to undermine the ideals that make America great.  No woman, no American, should fear violence or intimidation when seeking health care, or assisting others in obtaining that treatment.”

Our Partners in Solidarity