If you're like me, you have no patience for politicians who only recently began distancing themselves from Donald Trump's hateful, dangerous, and divisive rhetoric. Like, where was all this outrage when Trump was calling Mexicans "rapists" and "criminals," vowing to ban an entire religion from the country, and saying women should be "punished" for having abortions? Oh, right. He wasn't so far down in the polls back then…

The truth is there actually isn't much difference between most of these "leaders" and Trump. If anything, Trump's just been more honest and plainspoken about the views they all share. (And, trust me, I get the irony of putting "honest" next to "Trump.") That's why we're saying they're in the Party of Trump.

Here's something else I have a problem with: It has been pretty hard for voters to even KNOW where these Party of Trump candidates really stand since Donald Trump inspires headlines daily with his latest offensive statements and behavior. Why's that a problem? Because we have 34 Senate seats up for grabs, and voters need to know where these people stand.

See, these "leaders" all want to act on all the hateful, divisive rhetoric Trump spews — just without being seen as hateful and divisive.

Well, I don't know about you, but I have no intention of letting these politicians get a pass on years of legislating against women, people of color, immigrants, and working people just because the guy they nominated for president looks worse than they act.

That's why I'm doing everything I can to make sure not just Trump but the Party of Trump loses this November. Want to help? Share our Party of Trump graphic on Facebook now to remind your friends: They're all together in the end, working against us.

Aren't you glad you aren't at THIS party?! 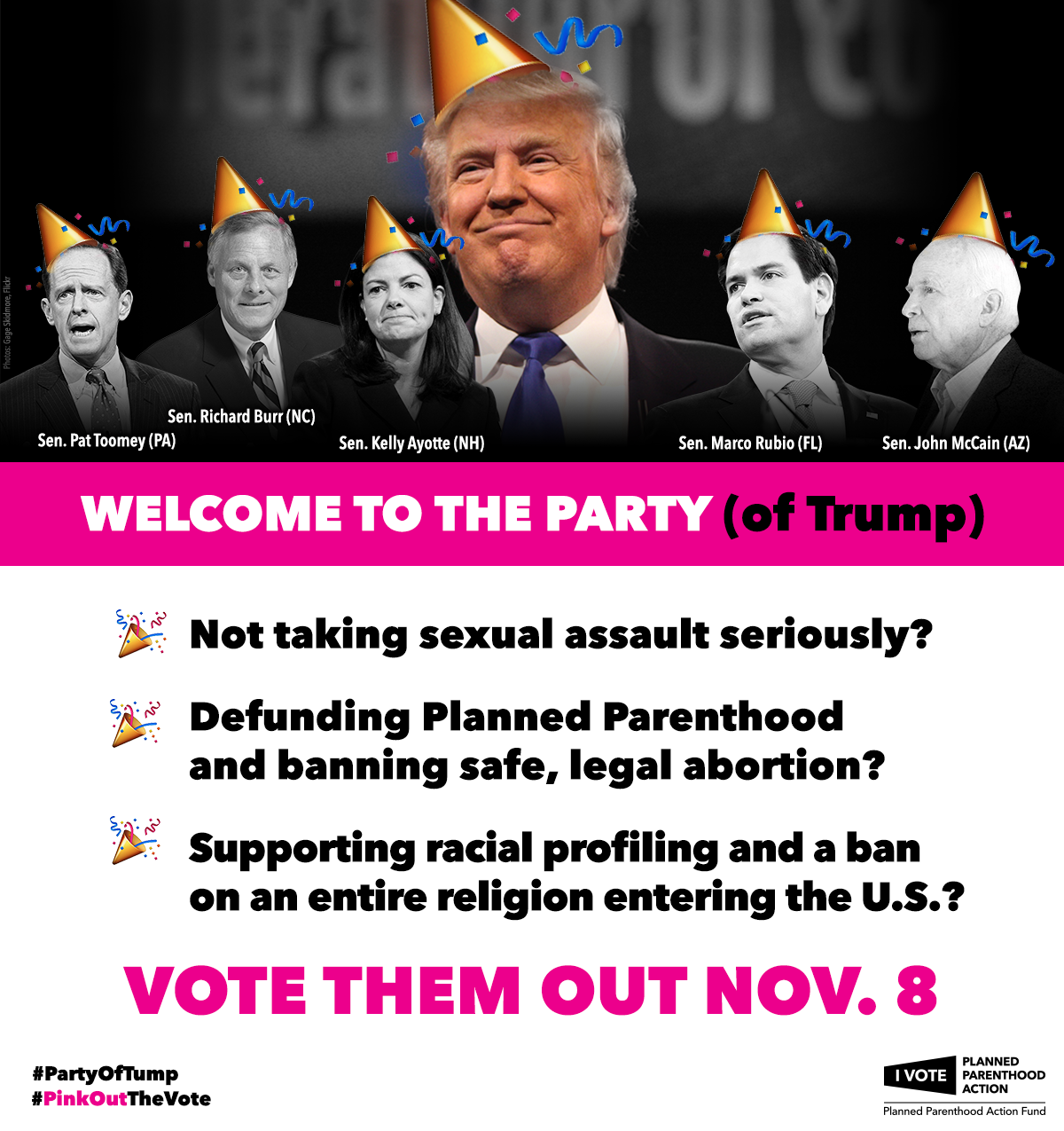 It's not just about knowing who you'd vote for at this point. It's about making sure we motivate others to show up and vote as well. In whatever ways you can do that — whether it's learning where the Senate candidates really stand, or signing up to volunteer with Planned Parenthood Action Fund — please be active in the weeks ahead.

So many of our rights are on the ballot this year — not just because of Trump, but because of people in his party who share his dangerous agenda. 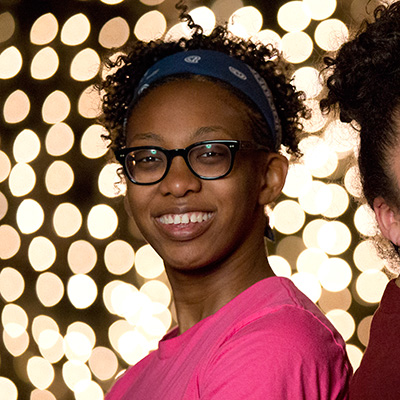