As we head into 2014, we're saying thanks for the memories (and these in particular)… 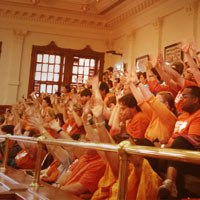 After a marathon 11-hour filibuster where State Senators Wendy Davis, Kirk Watson, and Leticia Van de Putte pulled out all the stops in their efforts to run out the clock on an extreme and dangerous anti-women's health bill, there was still a few minutes left before midnight when Lieutenant Governor David Dewhurst called for a final vote.

What proceeded to happen was DEFINITELY the most memorable moments of the year….for more than 15 minutes the crowd cheered, shouted, and used their voices to block the vote from taking place before midnight, ending the session and the possibility for the bill to pass. This was citizen democracy in action and became for us the best moment of the year at the right as we learned it had been successful.

After some debate about whether the vote took place before or after midnight, Planned Parenthood Federation of America President Cecile Richards stood in the center of the state capitol, surrounded by women's health supporters when she received a very important text from State Senator Wendy Davis: 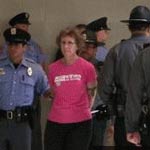 When anti-women's health politicians in North Carolina introduced a bad bill designed to restrict women's access to safe and legal abortion, Planned Parenthood Action Fund of Central North Carolina CEO Janet Colm decided enough was enough. In an act of defiance, and as part of the Moral Monday protests in the North Carolina state capitol, Colm was arrested along with more than 60 others.

In her own words,

It's not just that they are playing with women's lives, although that's good enough reason to take a stand. I want these politicians to see that with every attack, they are creating a fierce and ever stronger opposition. We're making it impossible for politicians to ignore us, no matter how hard they try.

Nominee: Reauthorization of the
Violence Against Women Act 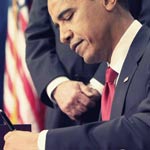 In today's world of partisan politics, you don't often see Democrats and Republicans passing legislation together. But that's exactly what happened with the Violence Against Women Act—a rare moment of bipartisanship in the efforts to protect the health and rights of women with 286 representatives from both sides of the aisle casting their "yea" to support the Senate version of VAWA and expand the protections for Native Americans, immigrants, and LGBT members across the country.

The reauthorization of VAWA ensures that we will continue improving our nation's response to domestic violence, dating violence, sexual assault, and stalking, regardless of who needs protection - it serves as a very memorable moment in women's health this year. 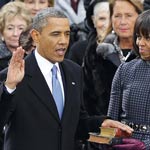 In 2012, women voters made the difference—and in 2013, we saw the second inauguration of a president who's done more for women's health than any before him. From the landmark health care law that ensures insurance companies can't discriminate against women in their coverage and includes critical women's preventive care like birth control, well-woman exams, maternity care, and cancer screenings, to his outspoken support for Planned Parenthood, to his staunch defense of every woman's right to make her own personal medical decisions, President Obama has stood with women throughout his presidency.

We, the people, declare today that the most evident of truths - that all of us are created equal - is the star that guides us still; just as it guided our forebears through Seneca Falls, and Selma, and Stonewall...

Here's to women's health champions-in the White House and nationwide. 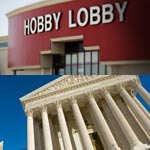 Earlier this year, the Obama administration announced it would hold the line and ensure that all women, no matter where they work, could get affordable access to birth control with no copay. But after a number of lawsuits by for-profit companies that want to deny women access to birth control, it was a very critical (and memorable) moment when the U.S. Supreme Court agreed to hear Sebelius v. Hobby Lobby Stores, Inc. and Conestoga Wood Specialties v. Sebelius.

This case will decide once and for all whether bosses have the right to deny the birth control benefit to their employees based on their personal beliefs.