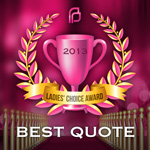 And the Ladies’ Choice for Best Quote of the Year Goes To….

A federal judge in North Dakota has blocked the state’s law banning abortions as early as six weeks—before many women know they are pregnant. The law, which would ultimately outlaw abortion in the state demonstrated just how far some politicians would go to take away women’s access to safe and legal abortion.
July 23, 2013
Read more 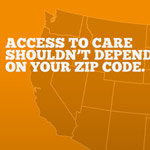 Access to Health Care Shouldn’t Depend on Your Zip Code