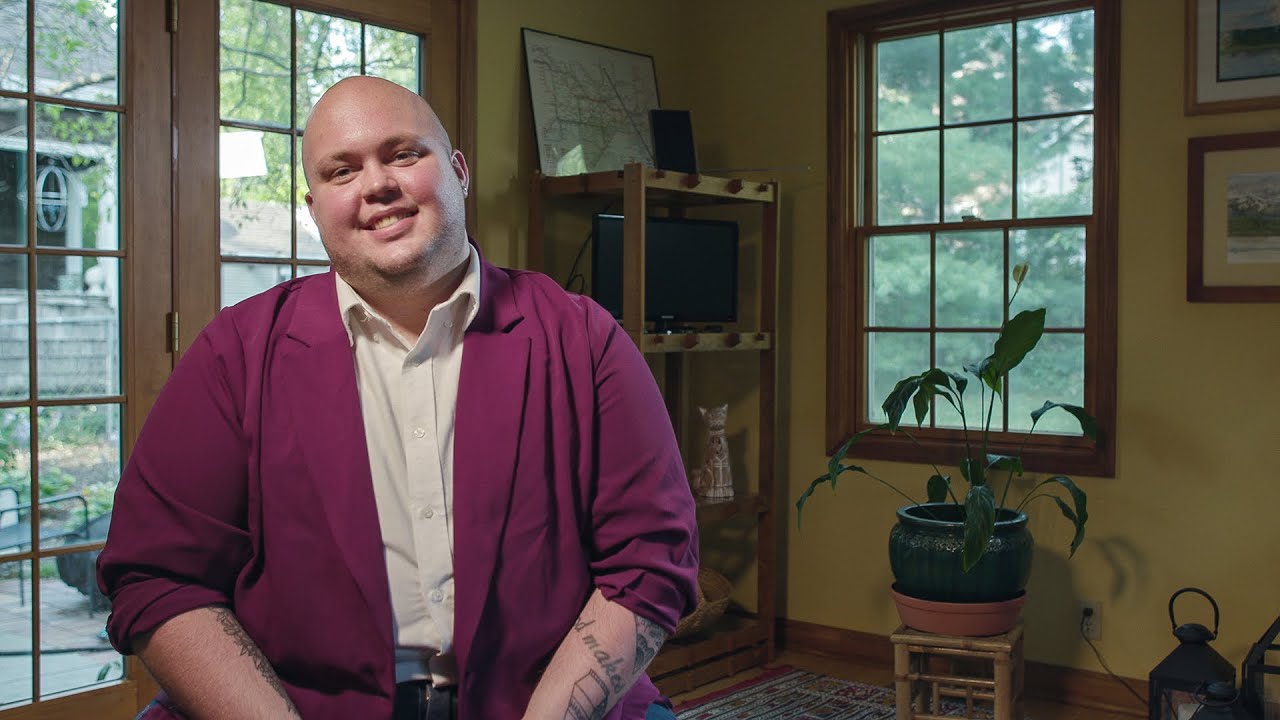 Nebraska values may sound different, but in the end we all value the same thing: to be able to live authentically as ourselves, to thrive, and to see our neighbors and loved ones do the same.

Growing up, my plan was to leave Nebraska.

I knew as a teenager that I was queer. Living in a rural town of 500 where my graduating class had 19 people, the only examples I had of other queer people were from TV, and they always lived in Los Angeles or New York City. I lived a closeted and sheltered life. It didn’t seem possible to have a future here.

Looking back now, I grew up with a pretty inaccurate understanding of the world. I was surrounded by a community that wouldn’t accept me. I had a lot of feelings and identities I was rejecting because I knew it wasn’t a safe place.

Coming out as queer and getting to where I am today was a long and difficult journey. But I have found thriving communities of queer people who have lived their whole lives in Nebraska. I have found acceptance and support in pockets within the state. The values I attributed to Nebraska as a teen weren’t the reality.

I first became aware of Planned Parenthood in college. I had friends who went there for their sexual and reproductive health care. They had services like STI testing, birth control, abortion care, and annual exams. Planned Parenthood provided them with the quality, nonjudgmental, affordable, life-saving health care they needed.

Inclusivity and Freedom are Nebraska Values

Nebraska has made progress in recent years both politically and within our communities, despite ramped up attacks on sexual and reproductive health care and the LGBTQ+ community. We have been able to block harmful legislation and policies. The smallest movement forward is a victory. There is progress if you know where to look.

It’s still hard to exist in some areas of Nebraska. We need fearlessness from politicians. Some may feel the need to play it safe when it comes to sexual and reproductive rights and LGBTQ+ communities to appease conservative voters. They make false assumptions about their constituents. They need to know the community will be a lot more supportive than they think.

Nebraskans need to make our voices heard to ensure our rights are safeguarded. We need to be vocal about the value of inclusive communities and accessible essential health care. We all deserve the freedom to control our health and future and to live in communities where we feel safe. That’s why Nebraskans stand with Planned Parenthood, reproductive freedom, and LGBTQ+ rights.

Nebraska values may sound different, but in the end we all value the same thing: to be able to live authentically as ourselves, to thrive, and to see our neighbors and loved ones do the same.

I’m a Nebraskan, and I value inclusivity, diversity, and quality, compassionate health care. And now I know I’m not alone.

Stay up-to-date on sexual and reproductive rights in Nebraska, PPAN events, and ways to take action.

With just a few clicks, share important posts to advocate for sexual and reproductive health and education directly to your social account.

Do You Value Inclusive Communities?

Take the pledge to join Eric in solidarity and stand with Planned Parenthood. When you pledge, you'll get connected to the latest news and opportunities to fight for a future where your values are prioritized in Nebraska.

This page is controlled and operated by Planned Parenthood Advocates of Nebraska.