Why do you stand with Planned Parenthood?

“One of the biggest reasons I stand with Planned Parenthood is because I think sex education is really important, and that’s one of the services Planned Parenthood offers – educating people on sex and sexuality. With sex education comes learning about consent and boundaries. The high school where I grew up did not teach sex ed, so I never learned about consent or what to look out for when it comes to sexual encounters. Later, when I was sexually assaulted, I did not know what coercion was and wasn’t able to recognize the signs of an unsafe situation. So, because of my personal experiences, sex education is very important to me. Planned Parenthood is out there teaching people really important lessons about sex education and consent, and I strongly believe in the importance of educating people around those topics."

How did you first get involved as a volunteer?

“I’ve always been a supporter of Planned Parenthood and have accessed their services for birth control many times – I am still a Planned Parenthood patient. With everything that’s going on with the Trump administration, I heard about the opportunity to get involved and thought it was very applicable to what’s going on in the world right now, and I thought it was time for us to all to take a stand. I wanted to learn more about how politics can play a role in reproductive health.”

How was your experience at Power of Pink?

“I’ve loved being here so far – Detroit is a really cool city! I love the workshops that have been offered here, there were so many. I wish there were even more sessions because I enjoyed them so much! It’s so nice to meet all these cool people from around the country that are all fighting for the same cause. Not everyone looks the same, and it’s great to hear all the different stories about why people are here and why they’re motivated to fight for reproductive health. The speakers have all been very inspiring, and I’ve learned a lot from both the presenters and attendees.”

What did you learn that will help you make the world a better place?

“I went to this sex ed workshop and learned a lot about sex ed and how it intersects with the #MeToo movement. My full time job is to be an advocate for youth who have experienced sexual violence, and part of my role is to talk to them about their bodies, boundaries, and consent. That workshop really gave me the tools to fight for them and empower them more to make their own informed decisions around sex. Also, just being inspired by other people’s actions and what they’re going to do when they leave this conference. It has inspired me to keep fighting the fight.”

Update: 12/2018
Want to learn more about what Kia has been up to since Power of Pink? Check out this video: 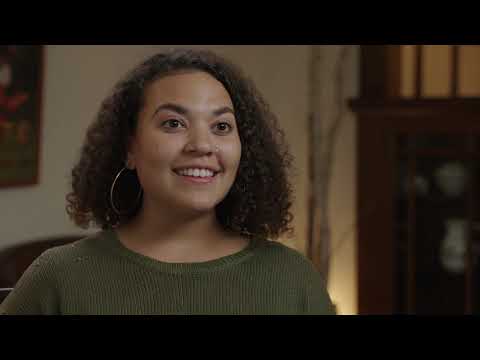 Become a voice of progress for reproductive health.  Sign up and be a change maker.

Get the latest legislative updates, sexual and reproductive health news, and action alerts by subscribing to our email list.