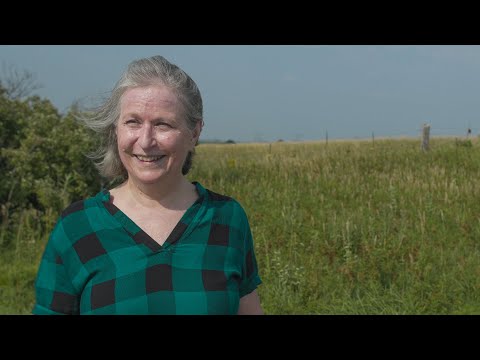 At age 30, I found myself pregnant with my second child and having unusual symptoms such as nose bleeds and elevated blood pressure. My husband and I went to the doctor and found out I had a molar pregnancy, which is typically just a false pregnancy.

We learned that I was among the very small percentage of people who actually have cells form together, but it’s not a viable pregnancy. Tests showed that ears were in a reversed position on the neck and lungs had failed to form.

Doctors stated that I needed an abortion. They said the cyst-like growths caused by the molar pregnancy were causing my adrenal glands to swell, resulting in the nose bleeds and high blood pressure. The fetus had started to shrink, signaling my body recognized something was wrong.

Fighting to Get the Care I Needed

It was 1982, almost 10 years after Roe v. Wade—the landmark U.S. Supreme Court decision that helped protect abortion access in the United States. I never imagined I would have a problem receiving abortion care. But hospital policy only allowed abortions to save the life of the mother and required the authorization of at least two doctors and the department head.

At first, the department head refused to sign off, effectively giving me a death sentence. If it was proven that I could have survived without the abortion, the doctors who signed off would lose their licenses. My husband stepped in and asked the doctor if my life was so disposable that it wasn’t worth risking his job—and he asked him who was going to be a mother to our 18-month-old. The department head finally relented and allowed the abortion.

Following the procedure, I had nurses come into my room and openly berate and yell at me, some even refusing to provide me care. They were all comfortable with me dying. They wouldn’t listen to reason — that this was a medically necessary procedure that saved my life. After more than 30 years, I still get upset when I think about how little my life mattered to them.

Even with Roe, the Fight Isn’t Over

I was shocked that I had to fight to have my abortion and wanted to ensure that no one else went through my experience, especially after thinking we had come so far since Roe v. Wade. I grew up in the South and was in college around the time the U.S. Supreme Court handed down its ruling. I remember before the decision women talking about trying to find people to perform an abortion. In some cases, they weren’t performed by a doctor or medical professional.

I remember a teacher in my hometown was beaten and raped. She came to my dad for help. She was afraid of becoming pregnant and he connected her with the medical care she needed. Another time, I walked in on a friend trying to use a coat hanger to have a self-managed abortion. I connected her with resources to have an abortion with medical professionals.

Reproductive Freedom is a Nebraska Value

It wasn’t until 1974 that I discovered Planned Parenthood and the important need it fills. Planned Parenthood provides people with affordable, high quality sexual and reproductive health care that looks at the whole person, allowing patients to control their futures and plan when to start a family. Access to this care is life-changing and lifesaving. It allows women to be in the workforce or go to school. It allows folks to get preventive care to keep themselves healthy.

Stay up-to-date on sexual and reproductive rights in Nebraska, PPAN events, and ways to take action.

With just a few clicks, share important posts to advocate for sexual and reproductive health and education directly to your social account.

Do You Value Reproductive Freedom?

Take the pledge to join Lynn in solidarity and stand with Planned Parenthood. When you pledge, you'll get connected to the latest news and opportunities to fight for a future where your values are prioritized in Nebraska.

This page is controlled and operated by Planned Parenthood Advocates of Nebraska.