Washington, DC — On Jan. 16, Planned Parenthood Votes, the national Planned Parenthood independent expenditure political committee, launched “We Decide 2020,” a people-powered electoral program to elect champions for reproductive rights up and down the ballot in 2020.

Planned Parenthood Votes launched We Decide with a new website, WeDecide2020.org, which will provide a one-stop shop for information on the election, candidates, and how to get involved. Also released today was the We Decide launch video, which highlights the stakes for reproductive freedom and the opportunity we have to take back our power in 2020. 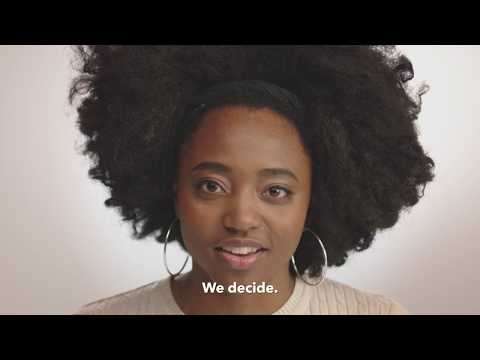 “We Decide 2020” will be Planned Parenthood advocacy and political organizations’ largest electoral program ever, and New Hampshire will be a key state in its historic investment of at least $45 million in battleground states during the 2020 cycle.

“Granite Staters understand that the stakes have never been higher for reproductive health care access. Four bills to ban or restrict abortion access have been filed in the New Hampshire legislature this session and 26 unconstitutional abortion bans were passed by state legislatures last year in the United States. We’re ready to take our fight to the ballot box in 2020 to send a clear message to out-of-touch politicians who want to attack our rights, our bodies, and our health care: We Decide.”

Planned Parenthood supporters in New Hampshire will be mobilizing and building on their political power for the upcoming election. The stakes have never been higher for sexual and reproductive health care, and Planned Parenthood supporters in the Granite State are ready to hit the pavement in support of candidates who are champions for reproductive rights.

Voters want champions for reproductive health — including the right to access a safe and legal abortion — in public office, and politicians who want to take those rights away aren’t just pursuing bad policy, but a bad political strategy. Support for abortion rights in New Hampshire is higher than almost anywhere else in the country, and Roe v. Wade is at a record national high. Voters overwhelmingly elected reproductive health champions in both the 2018 and 2019 elections, while soundly rejecting the false and debunked attacks from anti-abortion politicians.

Background: Reproductive health is a top issue for voters in the 2020 election — and a winning issue for candidates.

This page is controlled and operated by Planned Parenthood New Hampshire Action Fund.