Medicaid Work Requirements: Harmful Policy in Search of a Problem

Abortion Safety and Regulation in Missouri: What You Need to Know 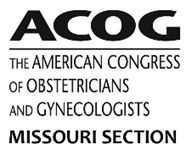 Teen Endangerment: Two-Parent Notice Prior to an Abortion

This page is controlled and operated by Advocates of Planned Parenthood of the St. Louis Region and Southwest Missouri.