June 5 marked the end of the Memorial Day congressional recess. Recess is usually a time punctuated with dozens of opportunities for members of Congress meet with and hear from their constituents. However, the overwhelming majority of members didn’t hold town halls. In the case of Congressman Issa, he literally hid from his constituents. The issue was particularly pronounced among Republicans, perhaps because of the huge groundswell of resistance against their efforts to repeal the Affordable Care Act and block patients from care at Planned Parenthood.

Of all GOP members of Congress, only 10 held town halls.

*Note: Montana’s Greg Gianforte (R) was elected to the U.S. House of Representatives on May 25, which brings the current count to 291 Republican members of Congress.

#1: Raiz Plática and the Making of a Meme in Arizona

Raíz (Spanish for “root”) is a unique program implemented by Planned Parenthood Federation of America that works to build long-term, sustainable, community organizing structures in authentic partnership with Latinx communities. On June 1, Raiz organizers brought together over 15 community members in Phoenix, AZ, for a “Raiz Plática,” an all-Spanish language event intended to share the important role Planned Parenthood plays providing health care locally and to hear the health needs of the community.

The room was filled with Latinx mothers and young people interested in learning more about the impact of ACA repeal and blocking access to care at Planned Parenthood’. A photo of the event served as a perfect foil to an infamous photo of male politicians in Washington deciding the fate of women’s health:

Planned Parenthood of the Rocky Mountains and Raiz partnered with Senator Catherine Cortez Masto (D-NV) and Congresswoman Dina Titus (D-NV) to hold a field hearing at the University of Las Vegas. Close to 100 people attended to hear about threats to health care access for the thousands of Nevadans who depend on the Affordable Care Act and Planned Parenthood.

During the field hearing, seven testifiers addressed the members of Congress to share why access to health care is important for Nevadans. The lawmakers listened to all the stories, and she encouraged questions to help her address her constituents’ concerns.

#3: Turning Up the Heat on Rep. Leonard Lance in New Jersey

On May 30, Leonard Lance (R) held a town hall in which he faced constituents who expressed unbridled anger over his lack of support for Planned Parenthood patients. 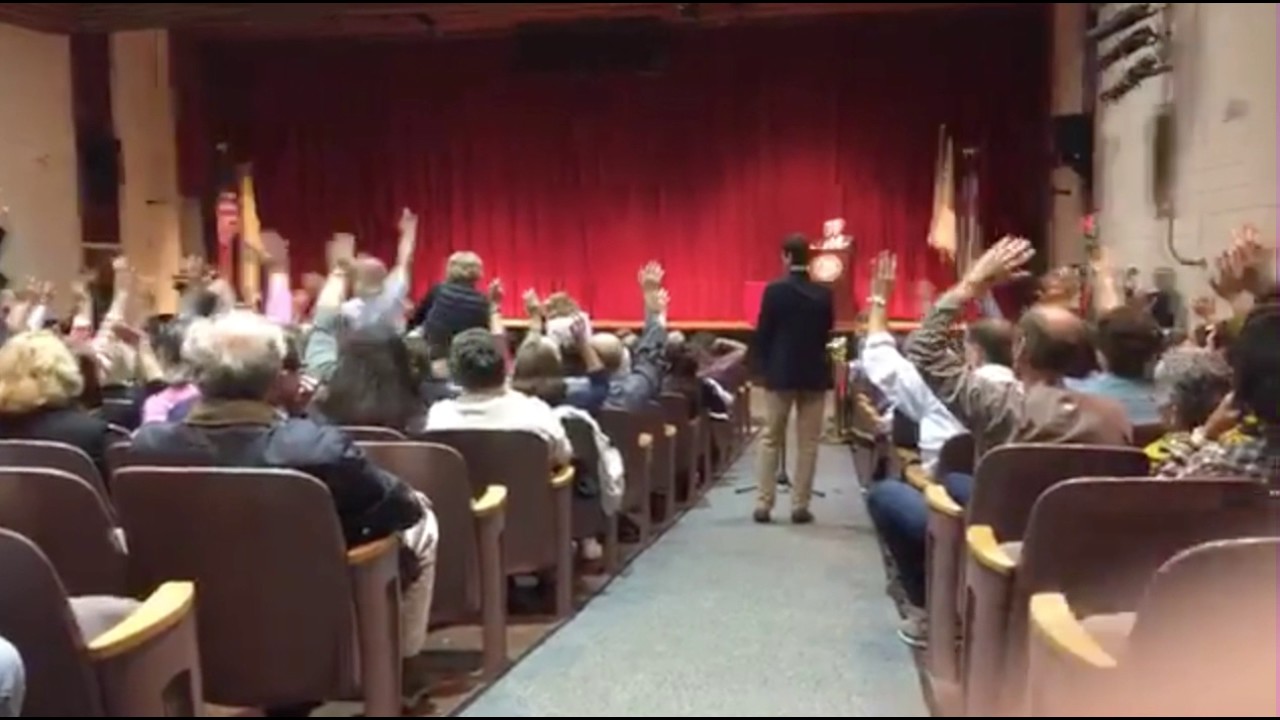 For a peek into the moment, read this excerpt from TapInto.net:

The audience’s most explosive reaction followed the last question of the night, when Cathy Sheridan of Cranford questioned Lance’s attitude towards Planned Parenthood.

“I voted several weeks ago for funding for the government for the rest of the year, which includes Planned Parenthood,” Lance said. “It does not include abortions.”

Lance continued by voicing his support for the Hyde Amendment of 1976, which prohibits the use of federal funds for abortion. He was met with raucous boos and arguments from the crowd.

“You’re supposed to represent the constituents,” Sheridan yelled. “We don’t represent you, you represent us.”

It’s no wonder the crowd booed. The Hyde Amendment is an unfair law that blocks women from using Medicaid and other federal insurance for abortion coverage.

Meanwhile, Lance’s statement is intentionally misleading. The president’s budget did not include a provision to “defund” Planned Parenthood — it commits to passing the American Health Care Act, which would block patients from care at Planned Parenthood health centers.

This comes on the heels of Lance getting booed at an April town hall, in which he suggested a bizarre proposal to block access to care at Planned Parenthood by breaking it into two entities (which has been rejected by Planned Parenthood and met with resounding criticism). Lance has since dropped that suggestion.

#4: Rep. Darrell Issa Hiding From Constituents… On the Roof

When several hundred of Rep. Darrell Issa’s (R) California constituents showed up outside his district office in San Diego county, he not only refused to engage with them — he escaped to the roof of his office building, seemingly too afraid to come speak with the constituents below.

It’s no wonder: He cast a key vote for the bill to repeal the Affordable Care Act and block patients from care at Planned Parenthood. And during the May recess he did hold a town hall — but only invited people in areas that have traditionally favored him.