Birth control. It’s pretty great, right? If you like having birth control in your life, join us in celebrating the National Campaign to Prevent Teen and Unplanned Pregnancy's fourth annual "Thanks, Birth Control" Day!

Just take a moment to say "Thanks, Birth Control" by tweeting with #ThxBirthControl.

You can also post your story on Facebook about how birth control has helped you, and tell friends to learn about their birth control options.

Nearly all sexually active women in this country — 99% — have used birth control at some point in their lives. Despite how commonplace this basic form of preventive care is, it can still be a taboo topic.

According to the National Campaign to Prevent Teen and Unintended Pregnancy, 8 in 10 adults agree that if more people were comfortable discussing birth control, more people would use it. By talking about birth control, we make it approachable, better understood, and more widely embraced. 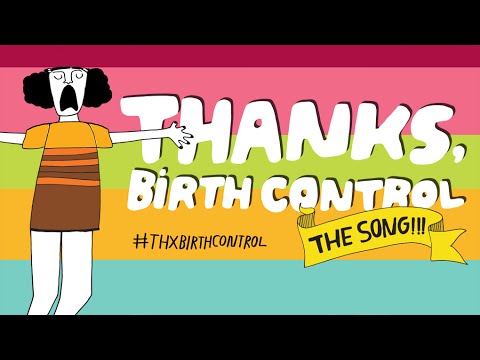 Thanks, Birth Control: The Song

Under the Affordable Care Act (also called Obamacare), the full range of birth control methods --  including pills, the patch, IUDs, and the implant -- are covered by almost all health insurance plans with no cost to you. Prior to the law, birth control cost up to $600 per year out-of-pocket (and even more for some of the most effective long-acting forms like IUDs).

But thanks to Obamacare, more than 55 million women are now able to get their prescriptions without a copay — yep, that’s right: $0. In fact, the law has helped women save an estimated $1.4 billion in out-of-pocket costs each year for birth control pills alone.

If you do not have health insurance, now is the time to go to HealthCare.Gov to see if you may be eligible for coverage and enroll in a plan.

Even if you have a plan through HealthCare.Gov or your state’s Marketplace already, you should go back to your Marketplace and update your information so that you can make sure you get the right amount of financial assistance and enroll in a plan that best meets your needs.

If you are nervous about how the election impacts birth control (and other health care things) — it is important to remember that the ACA is still in effect, just like it has been for over six years.

The ACA won’t disappear on January 21 — it will stay in effect unless there is a change in law. Find out more about the law and questions women should consider when selecting a health plan, go to Planned Parenthood Health Insurance Facts.

Shout from the rooftops, “thank you, birth control!” by tweeting with #ThxBirthControl. In your tweet, say how birth control has helped you or why you appreciate the no-copay birth control benefit under the ACA.