Koralie Barrau was shocked when she saw the story breaking over Twitter.

“Trump referred to Haiti and African nations as ‘shithole’ countries,” NBC reported. According to the New York Times, “Trump alarms lawmakers with disparaging words for Haiti and Africa.” And the headlines kept coming.

“At first I was like, did he really just say that?” said Barrau, 22, a university senior studying journalism. For her, Trump’s crude language — uttered in a congressional DACA meeting — was intensely personal.

“I come from two Haitian parents. I am Haitian-American. I grew up visiting Haiti once, even twice a year,” Barrau (left) said. “It’s very hurtful to me and my family.”

Trump not only referred to the Caribbean nation as a “shithole,” but suggested that the U.S. welcome immigrants from Norway — a country whose citizens are predominantly white — instead.

The disturbing comments — which two Republican senators denied before changing their story — are just another layer in the Trump administration’s anti-immigrant, anti-minority agenda. Trump cruelly announced in September that he was ending Deferred Action for Childhood Arrivals (DACA), and he’s tried time and time again to ban Muslim people from the country.

Not to mention the fact that Trump uses hateful racist and xenophobic language on a regular basis — whether that’s referring to Latino immigrants as “rapists,” suggesting that Nigerian immigrants “go back to their huts,” or stating that Haitian immigrants “all have AIDS.”

Most recently, Trump ended Temporary Protected Status (TPS) for immigrants from El Salvador, Nicaragua, Sudan and Haiti. This would force about 250,000 people who call America home — including thousands of Haitian immigrants — to leave. 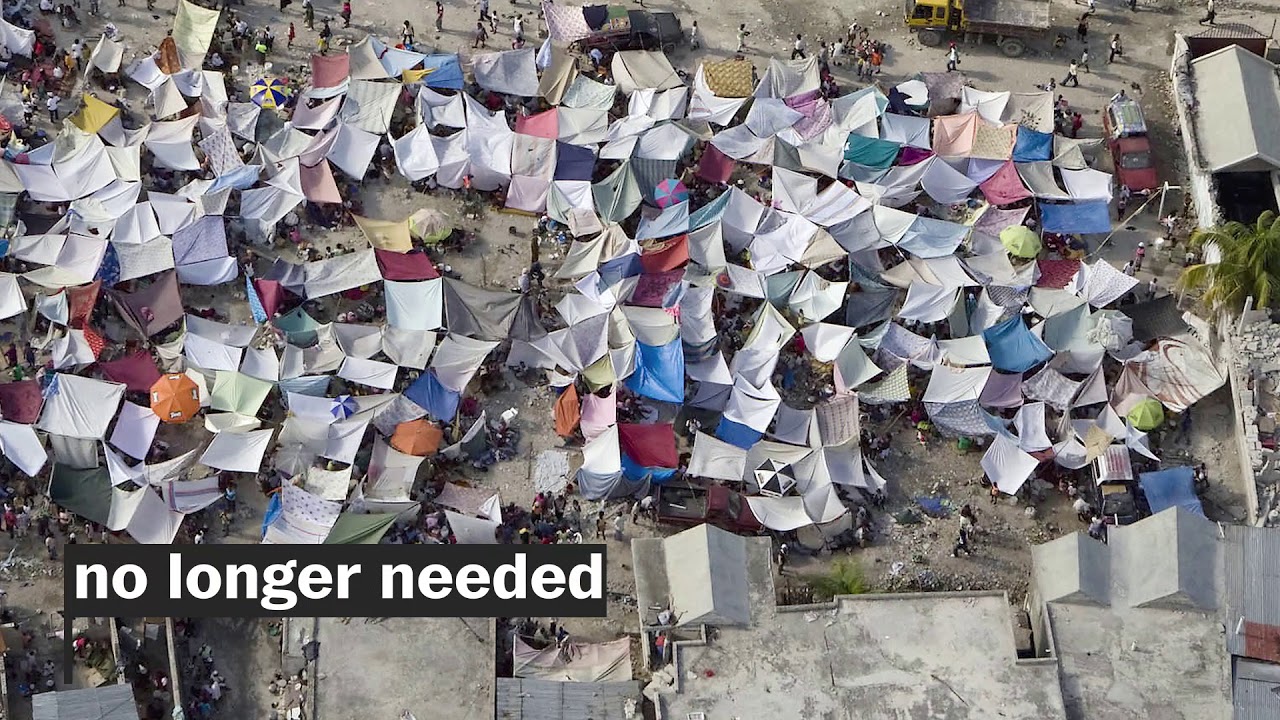 President Obama issued TPS status for Haitian immigrants in 2010, after an earthquake devastated the country almost exactly eight years ago and took thousands of lives — including Barrau’s grandmother.

To this day, the country still struggles with the aftermath. As Barrau puts it, “development takes time. Because of natural disasters like that, immigrants with TPS might not be able to go back to their countries.”

But Barrau also wants set the record straight. She, along with many other Haitian-Americans, have taken to Twitter with the hashtag #ThisIsHaiti.

“[Trump’s] comments reinforce an unfair stereotype that Haiti is dirty, that it’s a no-man’s land,” Barrau said. “It goes without saying that Haiti is a poverty-stricken country, but the people are strong and resilient, no matter the daunting challenges they face. And there is so much natural beauty — the mountains, the beaches.”

"[In Haiti], there is so much natural beauty." (Koralie Barrau)

The Trump administration refuses to acknowledge that immigrants enrich and strengthen our country — but Barrau understands this well. She says her heritage and culture have given her a unique perspective of the world.

Barrau’s mother immigrated to the U.S. during a period of instability in Haiti in the 1980s. She settled in Houston, Texas, where Barrau and her parents live today.

“Being an immigrant in the U.S. was not always easy,” Barrau said. “My mom wasn’t naturalized until the early 2000s. My grandparents, who lived in the U.S. for a period of time, never became citizens.”

Barrau says she plans on speaking up and taking action in 2018 — and that she’s motivated to do so like never before. An aspiring journalist, Barrau says she wants to use her skills to fight bigotry.

Barrau is working on a documentary about remittances in Haiti.

“This year, I’m going to show up by telling the stories of the people that are attacked and targeted by Trump’s hateful comments,” Barrau said. “After all, it’s not the president’s place to call Haiti a ‘shithole.’”

How you can be an ally

Change starts with YOU. Tell your lawmakers to stand with TPS recipients and reject Trump's hateful rhetoric.

Plus, here’s here’s a roundup of organizations that support TPS recipients.