Despicable: One day after the Oklahoma legislature sent a bill to Governor Mary Fallin’s desk to make performing abortion a felony, it filed a measure seeking to impeach President Obama over bathroom rights.

The abortion ban — which came one step away from becoming law yesterday — criminalizes safe, legal abortion by punishing women and doctors across the state. The bill would strip doctors of their medical license and jail them for providing safe, legal abortion. Of course, medical experts oppose it.

Reminder: Abortion has been a constitutionally protected right for more than 40 years under Roe v. Wade. 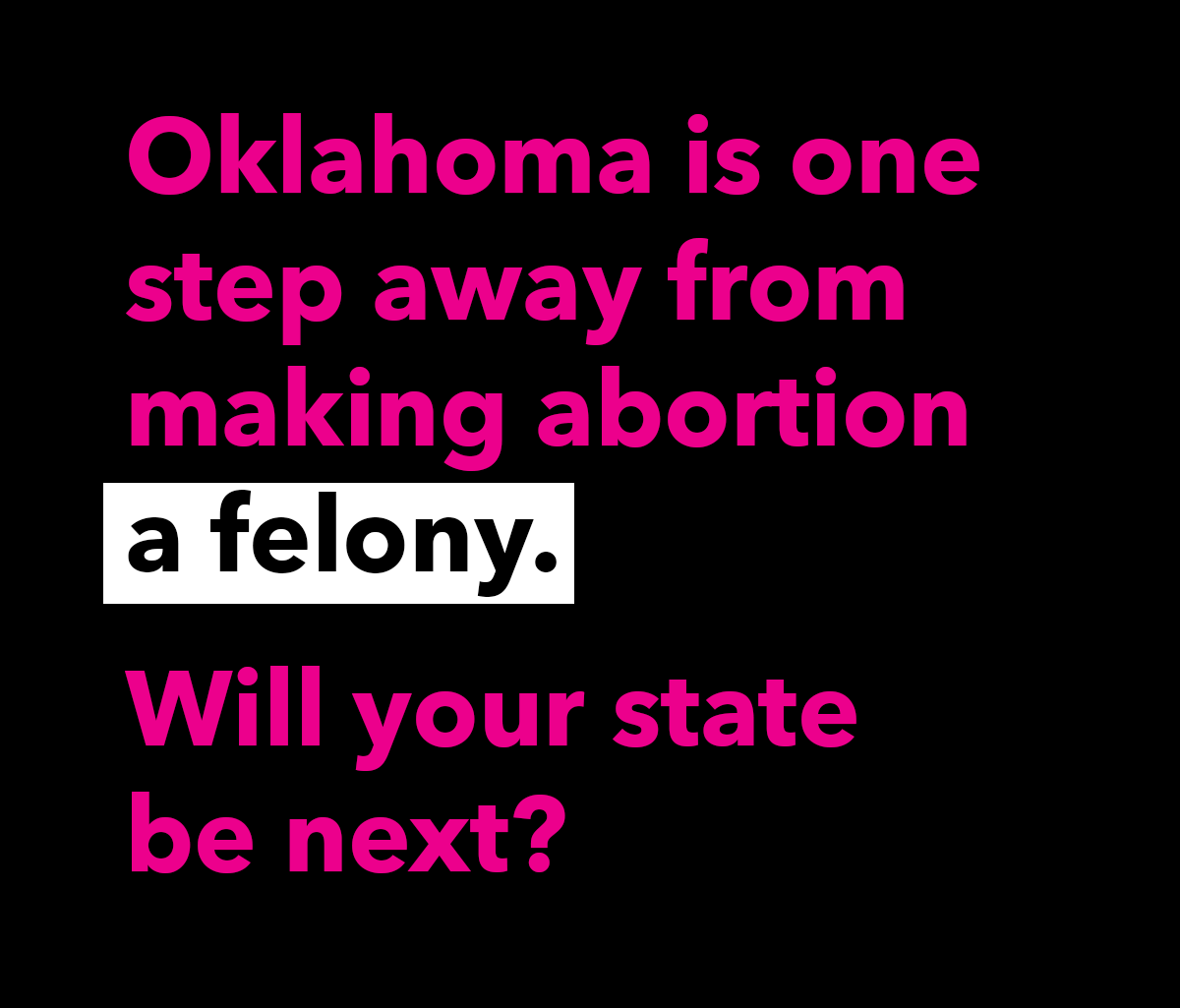 That's right: Lawmakers in Oklahoma approved a bill Thursday that would revoke the medical licenses of most physicians who assist in providing safe, legal abortion, according to The Washington Post. The abortion ban also would make abortions a felony punishable by up to three years in prison for doctors who perform them.

By approving the abortion ban, lawmakers in the already budget-challenged state have set Ohio up for "a bruising legal fight," according to Reuters.

But that's not all. Mere hours later, this happened:

Here's the takeaway: Lawmakers must not punish children for their gender identity, or punish women and doctors simply for seeking safe, legal abortion care.

To protect the women and children of Oklahoma, Governor Fallin must veto both bills.

"We will not stand for an America that treats people this way."