It's 2015, and the average American woman still makes less on the dollar compared to men. Makes your blood boil, right? But the problem may be even worse than you know. Get ready to guess the answer to this question:

Just how many additional days does a woman need to work to make as much as a man does in one year? 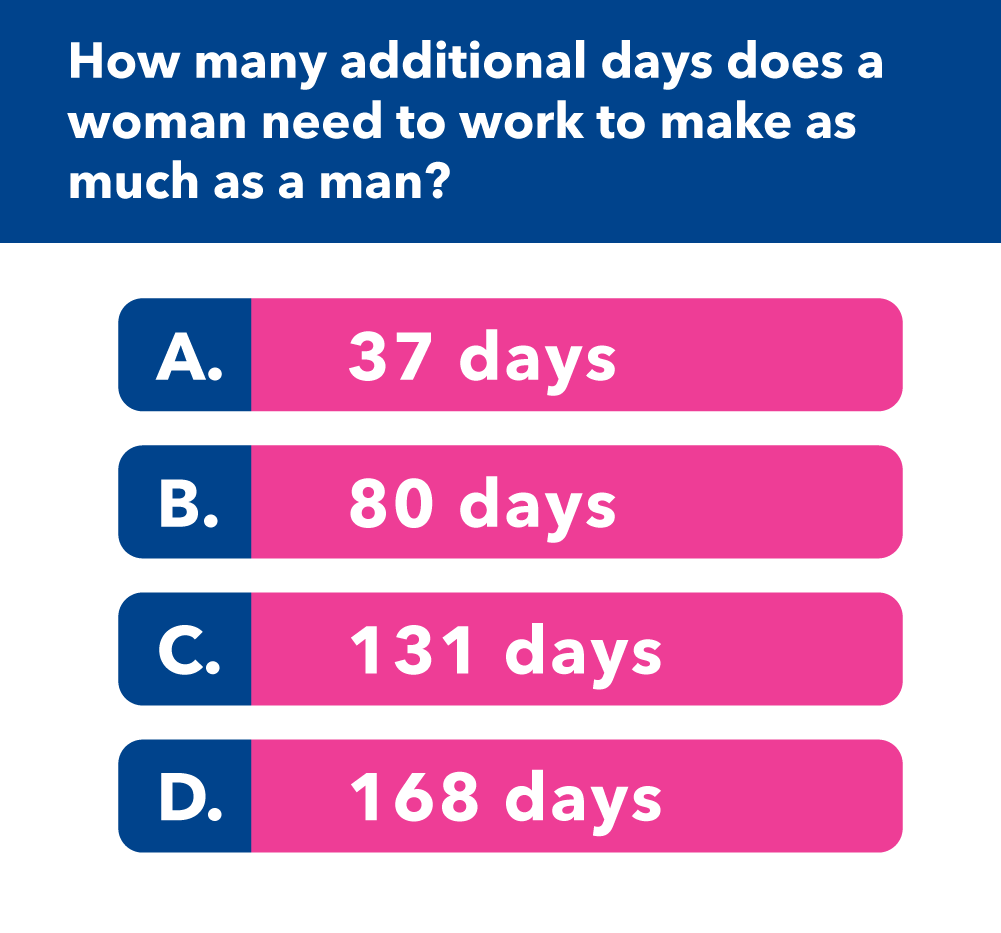 Once you've fact-checked yourself, don't forget to share this with your family and friends.

Closing the pay gap will only happen when people across the country are talking about this issue, and demanding better from businesses and lawmakers — so we're counting on people like you to help spread the word.

Because today is National Equal Pay Day, which underscores the stark wage differences between men and women.The "gender gap" in pay persists, despite the passage of the Equal Pay Act of 1963, which requires that men and women in the same workplace be given equal pay for equal work:

This gender gap is more than a statistic — it has real-life consequences. The fact that women are the primary breadwinners in more than 40 percent of households with children, but women are only making 78 cents on the dollar is unacceptable.

Thanks for taking a minute to test your knowledge of the pay gap. Make sure you share this with your friends, and learn more about what lawmakers are doing to address the pay gap.