The best part about 2020 may well be that it’s over. But let’s appreciate what we endured, and honor the memory and the legacy of the people who didn’t make it through.

This year, amid the global pandemic, people around the world watched Trump try to dismantle democracy.  And they saw police murder unarmed Black people.

Leaders, activists, and voters stood up to officials who threatened our safety, health, and rights. People who believe in freedom, justice, and equality — many from the very communities that authorities targeted for violence and ignored for COVID-19 relief — took personal risks to move our country forward. That leaves us in a state of deep gratitude, mixed with the knowledge of the year’s crushing losses — notably those who died from COVID-19; Supreme Court Justice and feminist icon Ruth Bader Ginsburg; civil rights legend Rep. John Lewis; and people who died at the hands of police, like George Floyd, Breonna Taylor, Rayshard Brooks, Jonathan Price, and Casey Goodson Jr.

In this dark year, here are eight things we can appreciate, and one big way we can make 2021 better.

The #1 Win: If You’re Reading This, You Made It Through

This year shook everyone. In addition to the 1.8 million people worldwide who died from COVID-19, many millions more are grieving those deaths. So, take a moment to think of all the ways you took care of yourself and your loved ones. Recall what nourished your spirit, and the comfort you gave to others. Even the little things are a big deal.

The People’s Victory: Joe Biden and Kamala Harris Are Going to the White House

In an incredible victory for the country, including 16 million Planned Parenthood supporters, and everyone who believes in sexual and reproductive health for all, President- elect Joe Biden and Vice President-elect Kamala Harris won the 2020 election.

You showed up. You voted in record numbers. You voted for reproductive freedom, science, racial equity and justice, immigrant rights, and LGBTQ+ rights. And you brought Biden and Harris to victory!

Biden and Harris won by more than 7 million votes — receiving more votes than any presidential ticket in history — because Americans demanded a more fair and just society with access to sexual and reproductive health care.

As the first Black woman and first South Asian woman to become vice president-elect, Harris’s representation means so much for our country and our next generation of leaders. Meanwhile, President-elect Biden has named reproductive health champions to posts within the United Nations, the federal COVID-19 response team, and the Department of Health and Human Services. These nominations represent an opportunity to restore reproductive health, including abortion rights.

With new leaders and new vision, now we get to reimagine what it means to take full control of our bodies and our lives.

The work is just getting started. Today, we celebrate; tomorrow, we get to work. pic.twitter.com/7zPRRcu20i

The Supreme Court blocked the administration’s attacks on the Deferred Action for Childhood Arrivals (DACA) program in June. On Dec. 7, DACA was fully reinstated and began accepting new applications.

Since 2012, DACA has given protection against deportation and work permits to undocumented immigrants who came to the United States as children and met certain requirements. DACA helped bring these young people out of the shadows to start school, jobs, and families. But the Trump administration repeatedly tried to end DACA as part of its larger crackdown on immigration. Now, hundreds of thousands of young people can stop living under constant threat of losing their deportation protections.

After three years of fighting in the courts, the Trump administration changed an abhorrent policy that violated the human and reproductive rights of young, detained immigrants. The ORR must now allow pregnant teenagers in its custody to obtain safe, legal abortions if that is their decision.

Though the DACA reinstatement and reversal of ORR’s abortion policy are incredible, hard-fought wins, much more is needed to undo the devastation that the Trump administration placed on immigrant communities. Planned Parenthood Action Fund is here — no matter what — to advocate for just immigration policies and for all Planned Parenthood patients.

Let’s not forget that DACA is also a Black issue. Black immigrants are more likely to be arrested and deported due to disproportionate policing. This is a huge win, but we’re not done fighting for the freedom to live without fear of violence, deportation and persecution.

The Supreme Court Protected Access to Abortion — For Now

When the Supreme Court considered a Louisiana law that would restrict abortion access, 100,000-plus petition signers voiced their support for abortion rights. And on June 29, in the case June Medical Services v. Russo, the Supreme Court struck down an admitting privileges requirement that would have forced all but one of Louisiana’s abortion providers to close.

This decision follows the court’s precedent from four years prior in a case from Texas. In both of these cases, the restrictions would have made abortion virtually inaccessible across wide swaths of both states.

While this year’s ruling was a relief to patients in Louisiana and across the country, there are at least 18  abortion-related cases just one step away from the Supreme Court. Planned Parenthood Action Fund will continue to fight against medically unnecessary laws that place an undue burden on a person’s right to safe, legal abortion.

Despite a global pandemic, some state politicians spent precious time and energy enacting abortion restrictions. According to the Guttmacher Institute, these politicians instituted 24 abortion restrictions in 2020. However, elected leaders in other states recognized the need to enact 16 provisions that protect and expand access to abortion — as well as 74 provisions that expand access to other types of reproductive health care and education.

NEW: In the midst of *all* the pressing issues of the past year, state legislatures also made some headway in support of reproductive health. See what the states have been up to: https://t.co/6TYp9yn3Iz #abortionisessential #maternalmortality #reprojustice pic.twitter.com/AF9vP62KIf

This year, other harmful measures that would have severely restricted access to abortion were blocked by the courts: 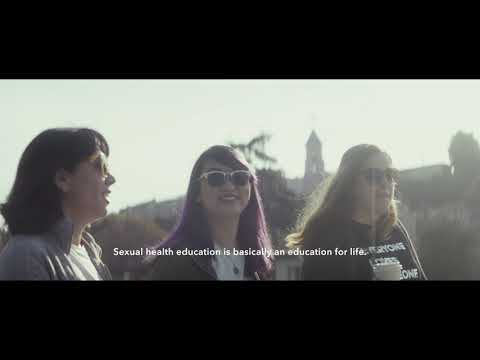 Also during the pandemic, telehealth and other Planned Parenthood patients:

Holding the Line on Health Care

Sometimes a win is knowing that things could have been worse. Despite the Trump administration’s dogged efforts to repeal the Affordable Care Act (ACA) and shut down Planned Parenthood, both are still standing strong. This year, the ACA is 10 years old and Planned Parenthood is 104 years old.

Defenders of health and rights won several rulings in federal courts that blocked cruel and destructive policies from the Trump administration.

Thank You for Fighting With Us

The challenges in 2020 were relentless. But together, we fought every attack, pressured lawmakers to do better, and demanded our voices be heard.

For this, we thank you.

THANK YOU for the valiant balancing act of raising the next generation while fighting for this one. Thank you for taking care of your communities in times of crisis. Because of you, our movement is stronger than ever.

As we look to the new year, we get to work toward building a world in which everyone — no matter who they are or where they live — can live the life they want.

You elected Joe Biden and Kamala Harris with a mandate to protect and expand health care access. Join us in holding them accountable for their campaign promises.

Sign on to our letter to the Biden-Harris team to prioritize sexual and reproductive health and rights!