At Monday’s debate, Hillary Clinton rightly called out Donald Trump for his incredibly long record of misogyny — and Trump hasn’t stopped fuming about it since. And this is how Trump behaves when he claims he won the debate. Imagine how badly he’d behave if he knew what the polls have shown: that voters think he lost. Badly.

In the wee hours of the morning on Friday, Trump, who prides himself on his “winning temperament,” went on another one of his infamous Twitter rants to further smear, fat-shame, and slut-shame former Miss Universe Alicia Machado as “disgusting.” Trump’s Twitter trolling of Ms. Machado proves yet again — as if we needed another reminder — that he clearly lacks the temperament (not to mention even a shred of respect for women) to be president. 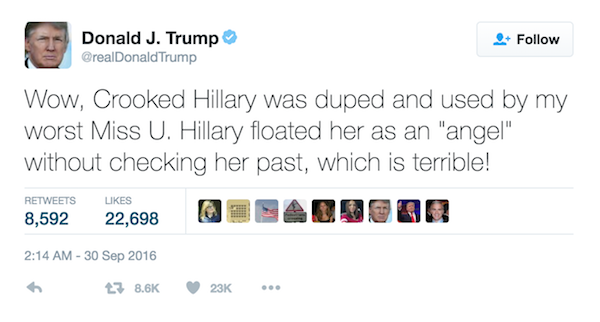 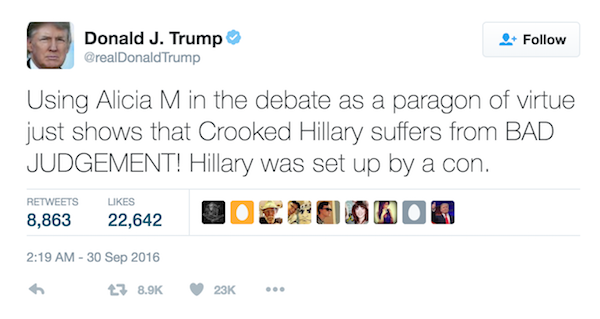 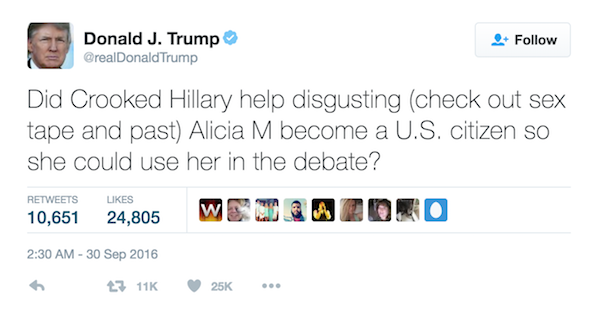 Watch the 30 seconds from Monday’s debate that literally kept Trump up last night:

HILLARY: Well, one thing, Lester, he tried to switch from looks to stamina. But this is a man who has called women pigs, slobs and dogs. and someone who has said pregnancy is an inconvenience to employers. Women don't deserve equal pay unless they do as good a job as men. And one of the worst things he said was about a woman in a beauty contest, he loves beauty contests, supporting them and hanging around them. And he called this woman ‘Miss Piggy.’ Then he called her ‘Miss Housekeeping,’ because she was Latina. Donald, she has a name.

Of course Hillary Clinton was right. Trump has said those things — and more.

Now Trump and his campaign surrogates are on the warpath, attacking Alicia Machado with despicable, plainly sexist insults about her appearance and her past — proving just how right Hillary Clinton was on Monday night and why we must do everything we can to elect her this November. 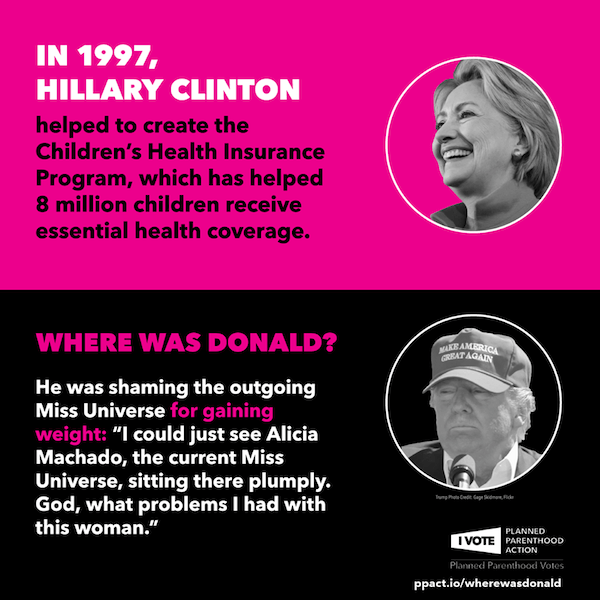