Politicians who oppose access to abortion in Virginia and beyond are spreading outrageous lies — trying to manipulate voters so they can push an agenda to ban abortion. Here’s how to spot the whoppers and what to know when you hear them.

4 Things People Say to Mislead You About Abortion

We don’t like to repeat lies, so we’re not going to here. But politicians and activists who oppose abortion are trying to stigmatize abortion and demonize the people who access it — so we’ll pinpoint some of the key phrases they use. Statements with these phrases can leave anyone feeling confused, so we’re also including some facts every Virginian needs to know.

Anti-abortion politicians are pushing these made up phrases and the idea that a person in labor or who has already given birth can somehow get an abortion. That’s simply not how medical care works, and it’s irresponsible to imply that it is.

Abortion is not infanticide. Abortion is health care. Infanticide is the crime of killing an infant — something that doesn’t happen in medical care and which is already illegal.

The way anti-abortion politicians and groups are characterizing safe, legal abortion is completely inaccurate. If a woman is in labor, she couldn’t and wouldn’t have an abortion. That suggestion is not only misleading, it’s callous.

Thread: As a NICU nurse, I served on the “Bereavement Team.” We were a special team of Nurses tough enough to help new parents go through the worst day of their lives. Parents of babies who had fought so hard for their tiny little lives and weren’t going to make it... 1/ https://t.co/2ZzDAEziyi

Politicians use this inflammatory label to stir up outrage and manufacture controversy. This, too, simply doesn’t happen — and the phrase demonizes the people who seek safe, legal abortion and the doctors who provide their care. These same politicians often support and have voted for laws that delay abortions and effectively make it more difficult to access.

The vast majority of abortions occur early in pregnancy. Decisions about abortion later in pregnancy are deeply personal — and no politician should pretend to know a pregnant person’s circumstances, or try to make those decisions for them.

To be clear: there’s no such thing as abortion up until birth. This is a made-up term meant to stigmatize abortion and push an agenda to ban it altogether — an agenda that is unpopular.

In a very small percentage of circumstances (less than 1%), someone may need an abortion later in pregnancy — before, never during, birth — often because of very challenging circumstances, such as when something in the pregnancy has gone very wrong and a person’s life or health is in danger. Women and families in these situations face devastating decisions. They deserve compassion and support, not judgment — and certainly not politicians telling them what to do. 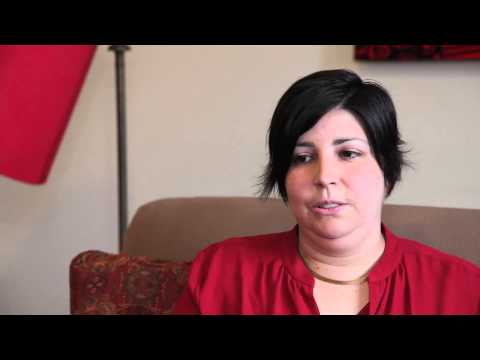 April's Story: One Woman's Experience of an Abortion at 21 Weeks

In characterizing “defund” proposals, anti-Planned Parenthood people inaccurately say that such legislation simply redirects funds to other clinics and doesn’t cut off funding for contraception, cancer screenings, and other treatments. But this isn’t how it really works — because there simply aren’t enough reproductive health-care providers to pick up the slack for the care Planned Parenthood centers provide.

Here’s what is true: Dozens of national polls show that a clear majority of Americans support Planned Parenthood. That includes a PerryUndem poll, which found that even 57% of Trump voters oppose “defunding” the care Planned Parenthood health centers provide.

One last point you need to know: Thanks to a dangerous and unfair policy called the Hyde Amendment, federal tax dollars are already prevented from paying for abortions.

Anti-abortion politicians inaccurately say that targeted restrictions on abortion providers (TRAP), such as requiring providers to have admitting privileges at hospitals, ensure the health and safety of pregnant people. This is simply not true.

Here are the facts: Virginia patients face huge hurdles in accessing safe and legal abortion — including a two-trip mandatory delay and state-mandated ultrasound, as well as TRAP laws that were designed to close health centers. These restrictions do nothing to improve patient care — because both in-clinic and medication abortions are among the safest medical procedures — and are designed to make abortion more difficult to access.

Coordinated efforts to target abortion providers have been shown to restrict access to health services for communities that already face disproportionate barriers to care. The U.S. Supreme Court found in 2017 that TRAP laws can place an undue burden on people seeking care, by making abortion harder to access without any evidence such laws make women any safer. (Despite its 2017 holding, the Supreme Court has recently taken up a close-to-identical case.)

Once we debunk the misleading rhetoric, what’s at stake in this election becomes clear: Virginians’ constitutional rights and freedoms — including the right to safe, legal abortion.

Those who oppose reproductive health care and rights want to ban safe, legal abortion entirely. They’ll say or do anything to derail attempts to protect access to abortion — including making up outlandish accusations with no basis in fact or medical science. These claims are offensive and untrue, and we won’t stand for them.