Attempts To Ban Access to Safe, Legal Abortion Have Soared to an All Time High

BREAKING: Alabama, on May 15, signed a near-total ban on abortion into law — with no exceptions for rape or incest. Alabama is merely one of 32 states to introduce abortion bans this year as part of a national strategy to outlaw safe, legal abortion.

2019 is barely one-fourth behind us, but one fact is clear: anti-abortion politicians have dropped all pretense of wanting anything less than a ban on access to safe, legal abortion.

In state after state, lawmakers have rushed this year to try to ban abortion access—at a point before most people even know they’re pregnant. These new laws run counter to long-standing Supreme Court precedents, and amount to an effort—in the wake of the confirmation of Brett Kavanaugh and other Trump judicial nominees to lifetime appointments—to invite the Supreme Court to overturn or eviscerate the finding, in Roe v. Wade, that access to safe and legal abortion is a constitutional right.

Our right to abortion care is not debatable.

Here’s what you need to know about this expanding attack on reproductive health care.

1. Opponents of safe, legal abortion are mounting a concerted campaign

News accounts have covered the laws advancing in state legislatures one by one—but when one steps back, a troubling pattern emerges. Through March of 2019, state lawmakers in Georgia, Kentucky, and Mississippi banned access to abortion at six weeks. Four other states—Missouri, Ohio, South Carolina, and Tennessee—stand poised to follow suit. Politicians have filed proposals for similar bans in eight other states: Florida, Illinois, Maine, Maryland, Minnesota, New York, Texas, and West Virginia.

The rationales offered by politicians in support of six-week bans belie a simple fact: at the six-week point in pregnancy, most people don’t even know they’re pregnant. For those with regular menstrual cycles, such a ban would stop access to safe, legal abortion a mere two weeks after a missed period.

These unconstitutional laws would be awful enough if they stopped there—but they don’t. For instance, the six-week ban proposed in Georgia would subject a person to criminal liability for termination of a pregnancy—exposing a mother to the potential risk of criminal charges over a miscarriage. As a Georgia state senator who spoke out against this outrageous ban explained:

In other words, a pregnant woman who suffers a miscarriage could be subjected to criminal investigation, indictment, prosecution long before a jury is asked to determine whether she intentionally did anything to cause the loss. And if you think everything I just said was exaggeration or hyperbole, I read it directly from a Georgia court case where the implications of prosecuting women for seeking abortions was laid out in no uncertain terms. 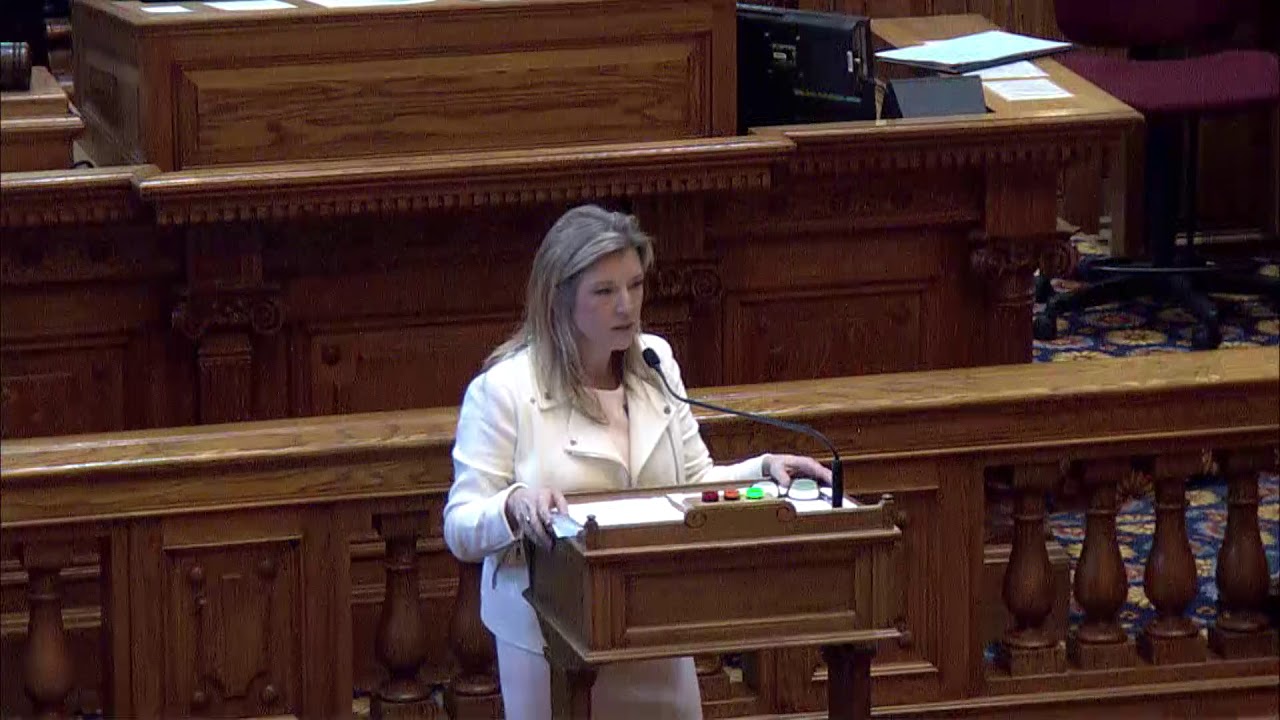 3. Efforts to restrict or ban abortion are spreading quickly

Here’s a startling statistic: since January 1, 2019, lawmakers have proposed more than 250 separate restrictions on abortion in state legislatures across the country.

The six-week bans moving through states are part of this wave of anti-reproductive health legislation. The rate at which such unconstitutional bans have spread this year is without precedent:

Prior to this year, six-week bans were rarely enacted, as antiabortion activists and politicians publicly focused their efforts on other restrictions, like targeted regulation of abortion providers (TRAP) laws, that severely undermine access but are designed not to appear to be frontal assaults on abortion rights.

4. Low-income people and people of color are among those disproportionately affected

States where unconstitutional bans have advanced in 2019 are among those with the nation’s largest populations of people of color.

Median household incomes in those states — Georgia, Mississippi, and Ohio — fall below the national average. All three of them report higher poverty rates than the nation as a whole. Georgia and Mississippi have refused the federal Medicaid expansion funds offered under the Affordable Care Act—and both states have among the nation’s highest percentages of residents living without health insurance.

People in these states often already have to travel hundreds of miles, cross state lines, and wait for weeks to get an abortion—if they can access services at all. For many women, these barriers effectively ban abortion, and women of color—who already face significant barriers to health care and attacks on their bodily autonomy—bear the brunt of it.

5. The goal: Permitting every state to ban abortion

The logic behind the rush to enact these unconstitutional abortion bans is simple: with senators confirming judges with views hostile to reproductive health and rights to the federal courts—including the Supreme Court—Roe v. Wade is at risk like never before.

Trump has installed more federal appeals court judges in his first two years than any other president—and has installed as many Supreme Court justices in two years as President Obama installed in eight.

Trump promised as a candidate to choose judges who would “automatically” overturn Roe, and has worked since to keep that promise. Trump nominee Brett Kavanaugh has already acted to restrict access to abortion during his brief tenure on the Supreme Court—writing to say that courts should let a state proceed with abortion restrictions that that were ruled unconstitutional just a few short years ago.

That explains why a state like Mississippi, which courts blocked from enforcing an unconstitutional 15-week ban in 2018, would advance an even more stringent ban on safe, legal abortion a year later. Anti-abortion politicians believe that Trump’s judicial nominees may overturn Roe v. Wade—and intend to test just how far judges will let them go to restrict people’s ability to access their constitutional right.

There have been more than 250 abortion restrictions introduced in this country since January.

Pair those with the effort to undermine Title X—the nation’s only program dedicated to affordable reproductive health care—by gagging doctors from referring patients to abortion services, and the pattern is undeniable. Even as seven in 10 Americans consistently say they favor abortion access, opponents of safe, legal abortion think they can achieve a ban on abortion nationwide within the next few years.

These attacks are only the beginning. We can count on politicians to introduce unconstitutional abortion bans in other states. It’s up to us to stand united against this unprecedented effort—and to fight back.