This year, the U.S. Supreme Court is ruling on a case that could redefine abortion access in America. It’s about whether to uphold severe, medically unnecessary restrictions that have already devastated access to safe, legal abortion in Texas. If the Court rules to uphold Texas’ draconian anti-abortion law, it would devastate access to abortion in Texas and pave the way for even more states to enact similar laws —  leaving abortion legal in name only for many women.

Here are the most important details about the case and ways you can get involved in the fight to protect access to safe, legal abortion.

Background: From Texas to SCOTUS

To understand this case, you should know about the Supreme Court’s biggest decision on abortion. In the landmark 1973 Roe v. Wade ruling (which also came out of Texas), the Supreme Court held that the Constitution protects women’s right to make their own personal medical decisions about abortion — without interference from politicians. 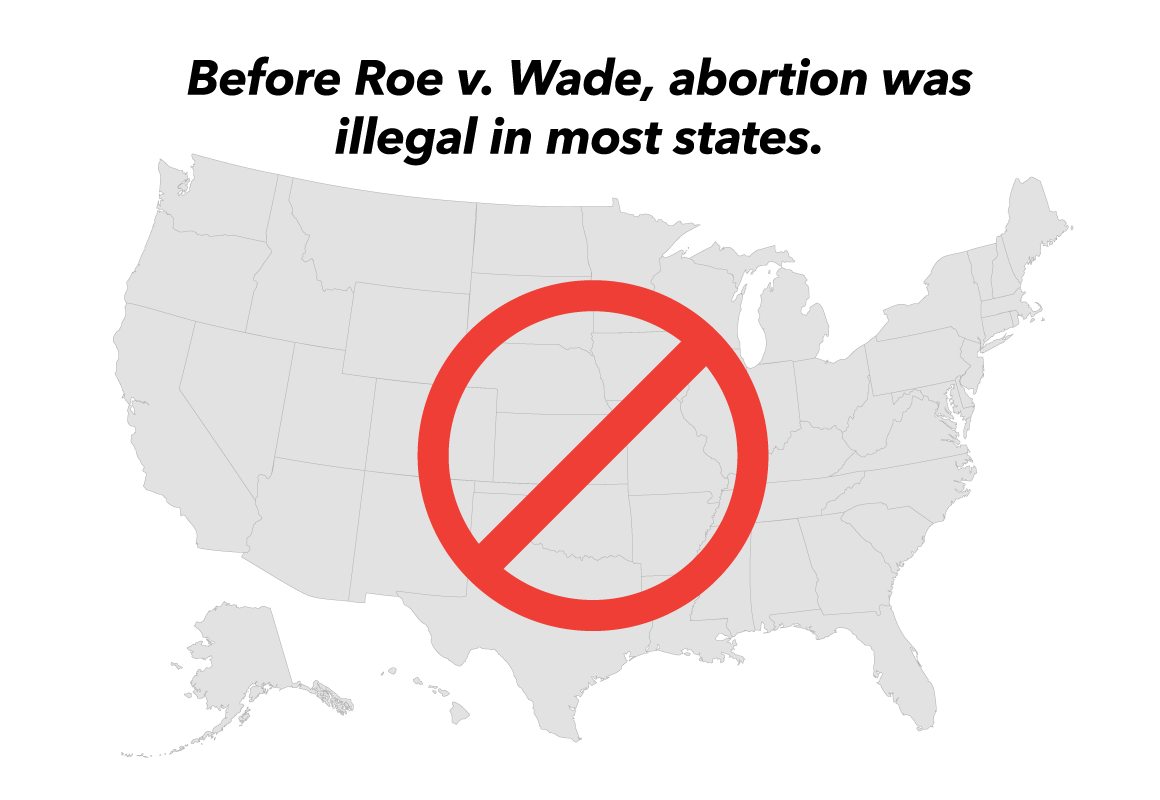 Flash-forward to 2013: Backward politicians in Texas introduced a package of anti-abortion restrictions known as HB2 that were so severe they inspired Wendy Davis to launch an epic filibuster lasting 11 hours. Thousands of activists rallied around her, but Texas Governor Rick Perry ignored them and passed this clinic shutdown law.

“The battle over reproductive rights and women’s health care that was waged on June 25 [2013] was not a battle I chose. When I believe women’s health is in danger, I’m going to stand and fight to protect that.”

The Fifth Circuit Court of Appeals upheld the anti-abortion restrictions, finding that leaving millions of Texas women with only 10 providers of safe and legal abortion (and forcing them to travel out of state or hundreds of miles) is not an undue burden. If that is not an undue burden, it’s hard to imagine what is — and that’s why this case is at the Supreme Court now.

The Law: What The Court is Debating

These requirements have nothing to do with women’s health and everything to do with shutting down abortion providers. In fact, medical experts like the American Medical Association and American Congress of Obstetricians and Gynecologists oppose this law because it doesn’t improve safety — just the opposite. It hurts women by blocking access to safe medical care.

For proof of the real motives behind the law, just look at anti-abortion politician David Dewhurst's 2013 tweet about the Senate version of Texas’ clinic shutdown law: 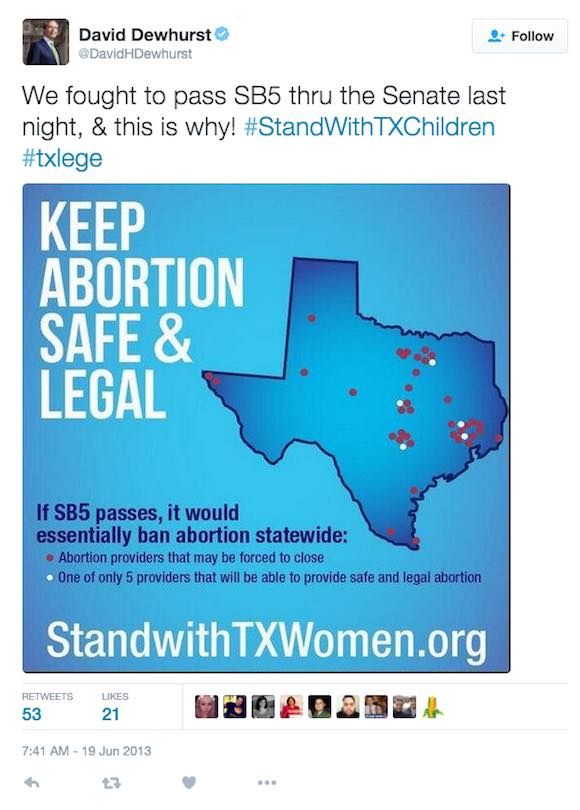 Remember: Abortion has a 99% safety record. Remodeling a health center to become an ASC is medically unnecessary and expensive — it involves complex HVAC systems, down-to-the-inch dimensions for operating rooms, and specifications for outfitting janitor’s closets. The result of such restrictions is simply fewer providers.

Same thing goes for admitting privileges: Abortion providers already have plans in the rare case of an emergency to ensure patient safety. Forcing them to obtain admitting privileges can set up a catch-22 if the only local hospital is hostile to abortion access due to its religious affiliation or political pressure — reasons that have nothing to do with quality of medical care.

How the Clinic Shutdown Law Is Hurting Texans Already 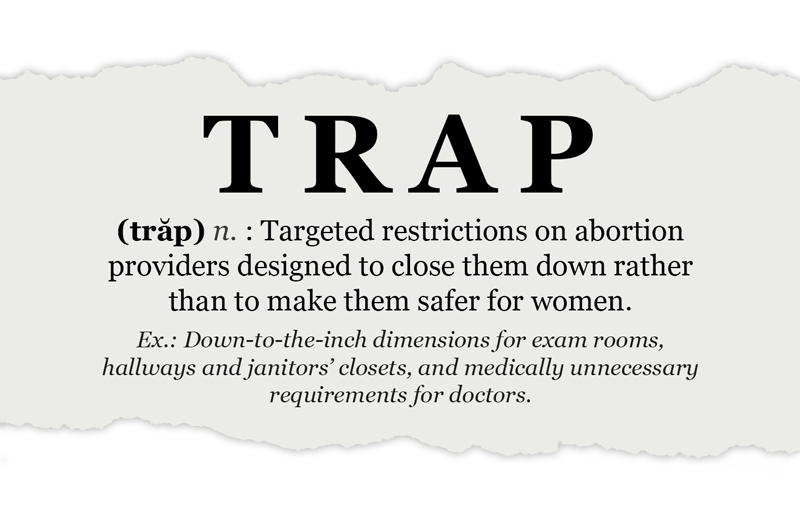 Since the clinic shutdown law passed, Texans have been traveling hundreds of miles, crossing state lines, and waiting weeks to get an abortion, if they can get one at all. The impact has been catastrophic:

The Impact of a Bad Supreme Court Decision 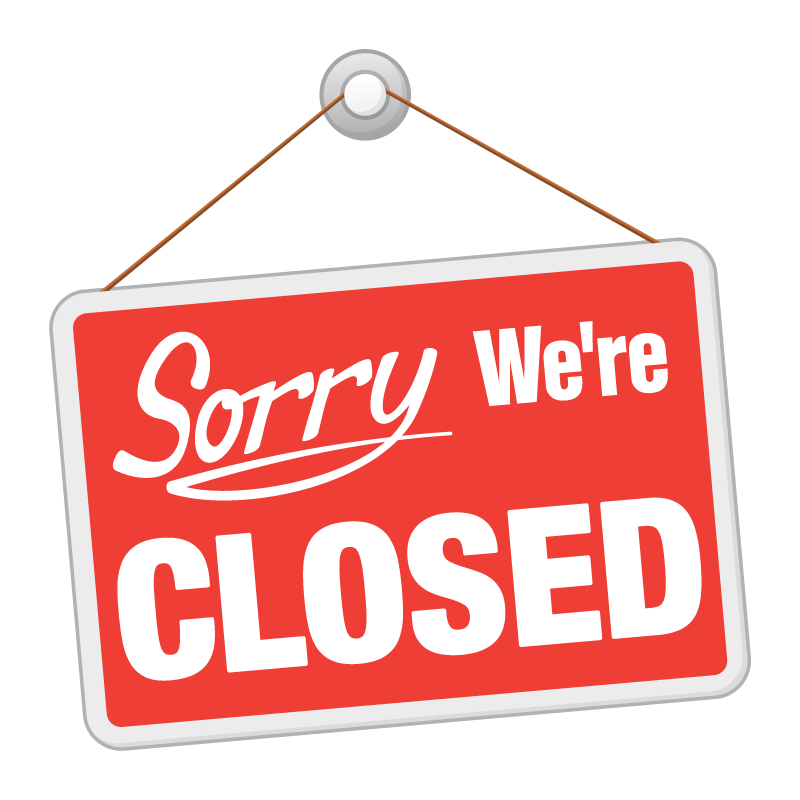 The stakes for women in this case cannot be overstated. If the Supreme Court upholds Texas’ clinic shutdown law:

The consequences of the Court’s decision could reverberate far beyond the Lone Star state. If the Court rules that Texas may impose these medically unnecessary laws that have such a dramatic effect on women’s access to abortion, it could apply nationwide, leaving anti-women’s health politicians free to enact similar restrictions elsewhere. Think about it: As of 2014, a whopping 57% of women already live in a state that's hostile or extremely hostile to abortion rights, according to the Guttmacher Institute.

#WeWontGoBack: How You Can Stand Up for Abortion Access Right Now

A person’s right to access safe, legal abortion is at stake in this case. But we will NOT go back to the days before Roe v. Wade when women were forced to make dangerous choices in order to access abortion.

Here are four actions you can take right now to show your solidarity online: