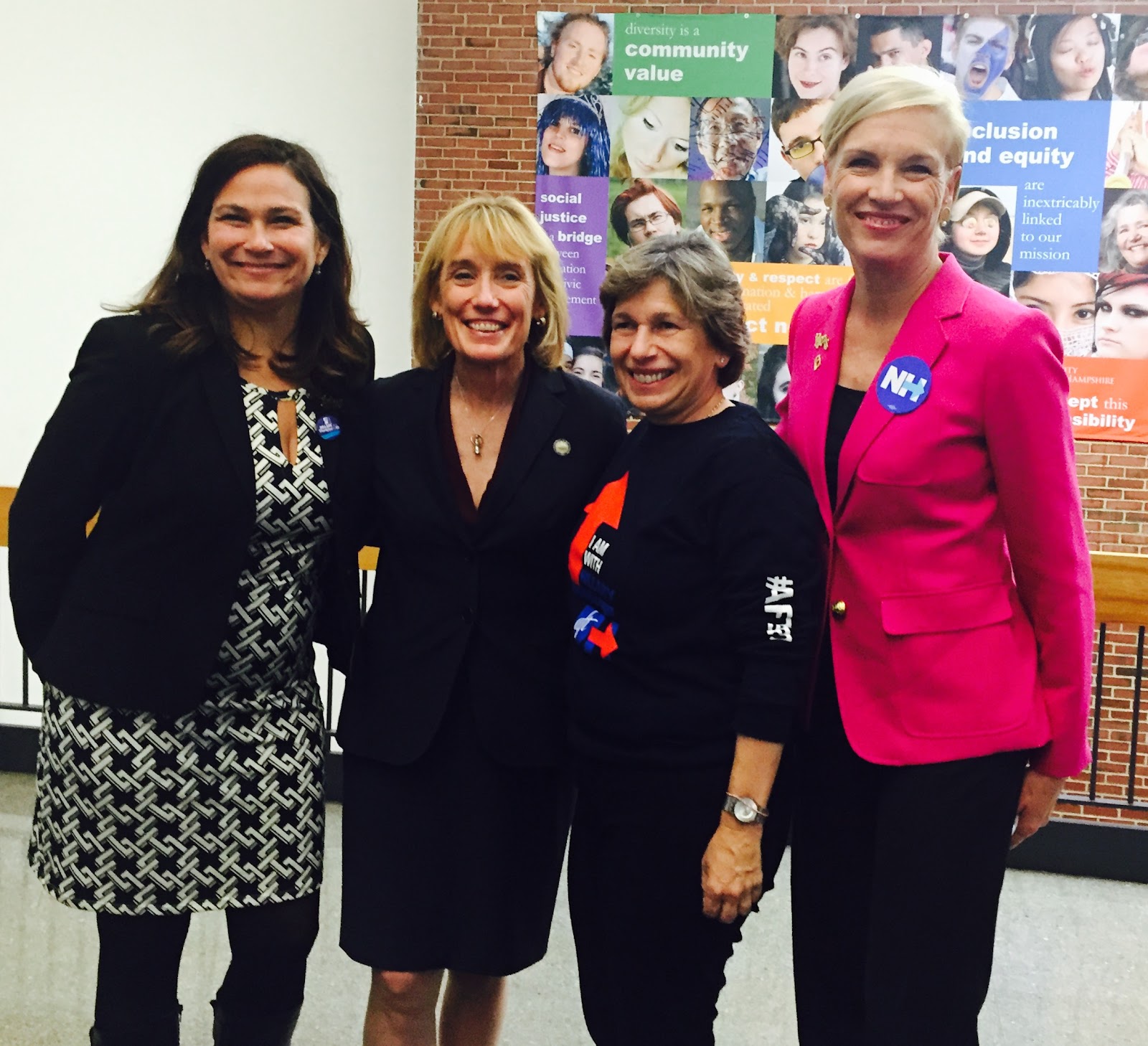 The four women highlighted the contrast between Kelly Ayotte’s repeated attacks against women’s health, including her six votes to defund Planned Parenthood and year long support of Donald Trump – who has bragged about groping women and called women “pigs” and “dogs” – and Maggie's commitment to protecting a woman's right to make her own health care decisions, as well as Maggie's commitment to making college more affordable and supporting K-12 education.

“It is an honor to join today with true fighters for women’s health and economic opportunity, and I am grateful for the support of Planned Parenthood Action Fund. Here in New Hampshire, I have been proud to stand up for a woman’s right to make her own health care decisions and control her own destiny, including restoring funding for Planned Parenthood at the state-level. But Granite State women and their families deserve better than politicians in Washington like Senator Kelly Ayotte, who has voted six times to defund Planned Parenthood and has consistently blocked women’s access to health care. In the Senate, I will always fight to protect a woman’s right to make her own health decisions and to safely and affordably access health care, and I will stand up to those who want to pull us backward.”

"NARAL members and pro-choice voters across New Hampshire are proud to stand with Maggie Hassan in her campaign for Senate. As governor, Maggie has defended each woman’s right to control her own destiny and to access basic reproductive healthcare, including abortion. Maggie is the type of leader who works with both sides to get things done for women and our families, and she will be the leader that New Hampshire deserves in the Senate."

Statement from Randi Weingarten, President of the American Federation of Teachers

“I was thrilled to join Cecile Richards, Ilyse Hogue and Gov. Maggie Hassan today to get out the vote for Hillary Clinton and Maggie Hassan in New Hampshire. U.S. Sen. Kelly Ayotte's tenure has been marked by obstruction rather than problem-solving, and time and time again, she has shown she stands with the Koch brothers, Wall Street and big pharma instead of putting the needs of working families first. As Governor, Maggie Hassan has walked the walk for the people of the Granite State: She lowered tuition costs at community colleges and froze tuition hikes, she expanded healthcare coverage to more than 50,000 people, and she has been a champion for public education so our kids have the chance to succeed. Gov. Hassan's values are working families' values—she will always fight to ensure the people's interests become the public interest.”

Polls show that 73 percent of Granite Staters support access to safe and legal abortion , 66 percent support Planned Parenthood, and a majority of Independent voters are less likely to vote for her because of her votes to defund Planned Parenthood). Ayotte has consistently tried to rewrite her record after consistently finding herself out of step with New Hampshire voters. Ayotte was ridiculed in the media for handing out condoms at one of her events, a stunt at odds with her six votes to defund Planned Parenthood and stated commitment to overturn the Affordable Care Act, which gave 55 million women nationwide access to no-copay birth control.