Washington, D.C. – During tonight’s GOP debate, presidential candidate Ted Cruz was asked what his plan was for covering the uninsured. His response? That he would repeal every word of Obamacare — which has greatly increased women’s access to affordable health care. 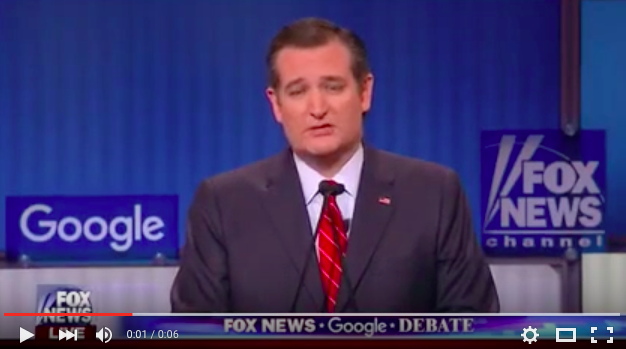 What exactly would the impact of Ted Cruz’s health care agenda be on women across the country?

Women would pay an estimated $1.4 billion more for birth control.

The Affordable Care Act has meant a lot of changes for women, but one of the most immediate was its birth control benefit — thanks to which,more than 55 million womenare now eligible for birth control without a copay.

A recent studypublished in Health Affairs found that the Affordable Care Act has saved women $1.4 billion a year on birth control pills alone — showing the clear economic impact that access to no co-pay birth control has had on women’s lives. The study found that the mean out-of pocket expense for the pill declined by 38 percent between June 2012 and June 2013 and declined 68 percent for IUDs in the same time period. The study also found that before the birth control benefit went into effect, contraceptive costs accounted for between 30 and 44 percent of women’s total out-of-pocket health care costs.

Women would be charged more for health insurance — just because of their gender.

All GOP candidates taking the stage tonight would repeal this provision, sending women back into an era where they paid more for health care, simply because of their gender.

Thanks to the ACA’s preventive health benefit, over 55 million women now have fully covered preventive care through their insurance, including birth control, routine well-woman exams, breast and cervical cancer screenings, STI and HIV testing, and mammograms for women 40 and up — without copays or other out-of-pocket expenses.

Health insurance coverage for 11.3 million Americans would be at risk.

Since passage of the ACA, we have seen the largest reduction in the uninsured in four decades. With about 11.3 million people already enrolled in health insurance through the Marketplaces — including nearly 6.1 million women — affordable health coverage is now within reach for millions of women and families.