Bluffton, SC--- Today at a rally in Bluffton, Planned Parenthood Action Fund members and advocates hounded #AskDrKasich, asking about his terrible record on women’s health care and his intent to sign a bill this week, that would leave thousands of Ohioans’ without access to care like HIV testing, cancer screenings, and comprehensive sex education. 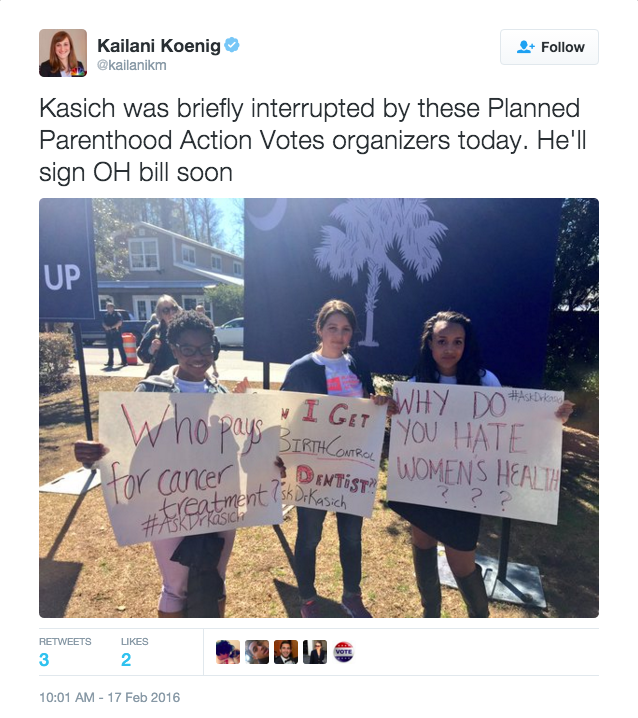 John Kasich’s supporters did not like hearing his real record. One man tried to silence the women in the crowd: 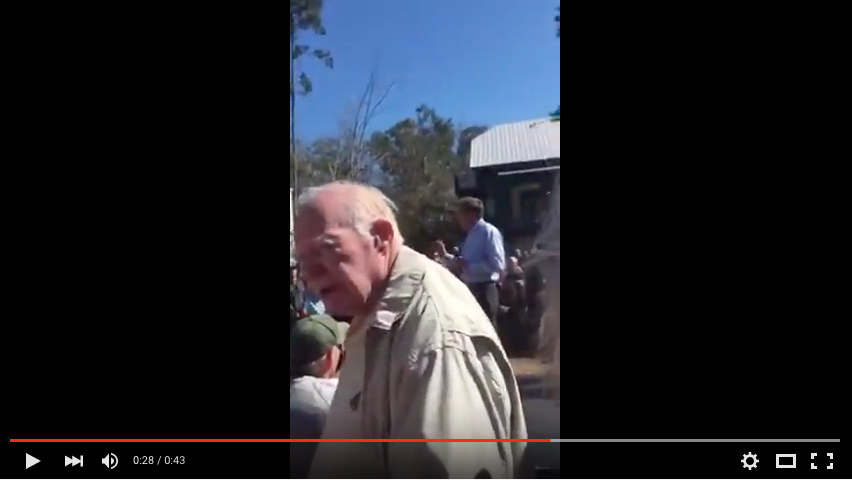 “John Kasich can’t run from his terrible record on women’s health. His policies have shuttered nearly half of the abortion providers in Ohio and forced women to cross state lines into Michigan just to access safe, legal abortion. And even now, in the face of objections from public health experts, he’s getting ready to sign a bill that would eliminate infant mortality prevention programs for African American mothers --- despite Ohio ranking nearly last in African American infant mortality rates. Kasich’s dangerous agenda has consequences --- and that’s why women are standing up and shouting the truth about what he’s done to health care in Ohio. Don’t be fooled by Kasich’s attempts to sound reasonable --- he has a deplorable record on women’s health and our country can’t allow that agenda to get to the White House.” 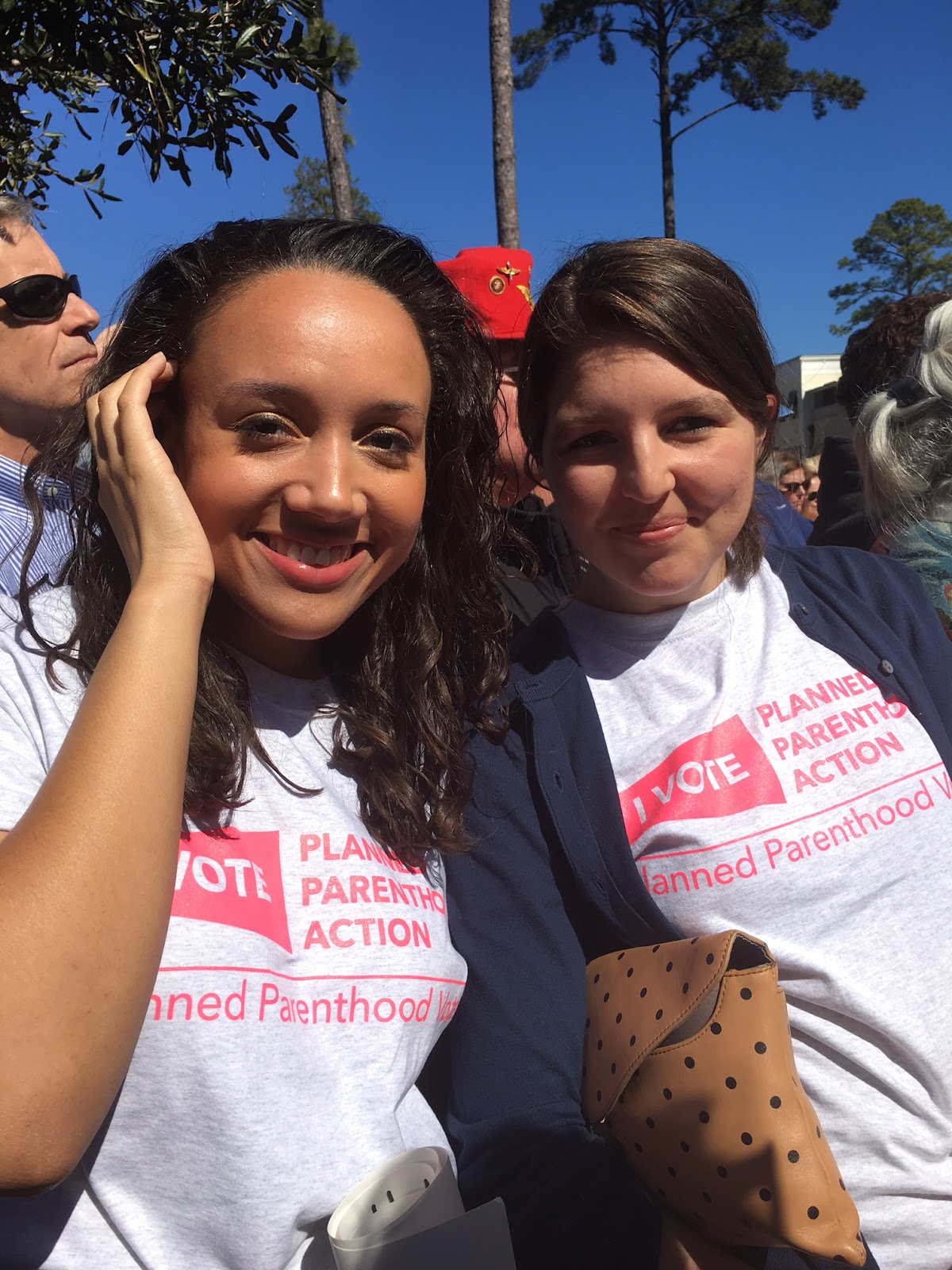 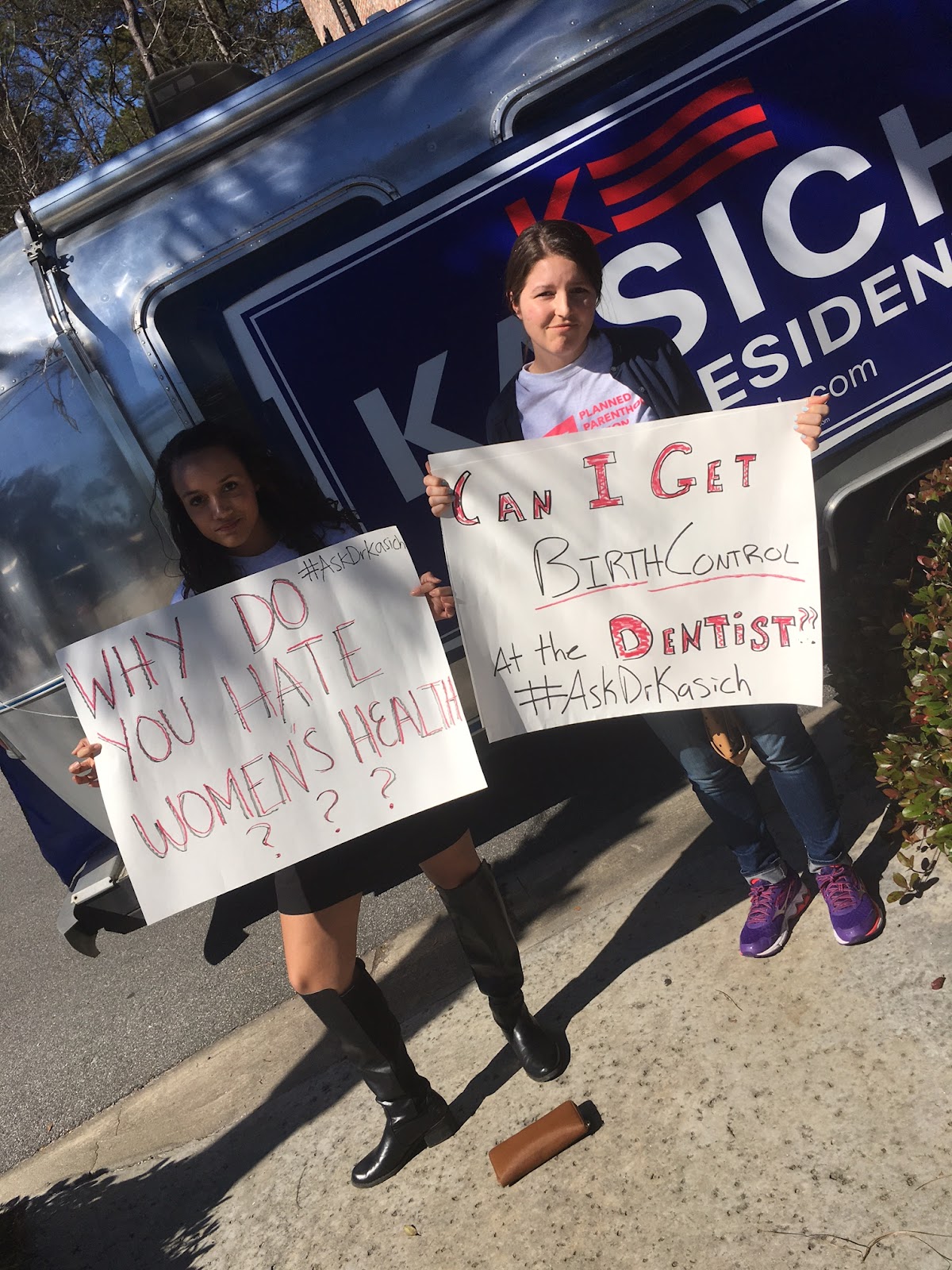 On the campaign trail, John Kasich has been silent about his record on women’s health. But as Governor of Ohio, John Kasich quietly enacted 17 measures restricting access to reproductive health care. Over the last week, his horrible record has come to light. The media has covered the dangerous impact of this bill, Planned Parenthood Advocates of Ohio released ads that reveal Kasich’s terrible record, and Planned Parenthood Advocates of Ohio supporters, many of whom identify as patients of Planned Parenthood health centers in Ohio held protests at the statehouse. Other activists in Ohio even created a satirical “Dr. John Kasich” Facebook page that illustrates how inappropriate it is for a politician to be telling women where they can and cannot go for care.

FACT: THOUSANDS OF OHIOANS COULD LOSE ACCESS TO CARE

“The indictments should cause politicians to back away from an anti-abortion group that will stop at nothing to attack Planned Parenthood. Gov. John Kasich of Ohio is running for president on a platform of good governance and common sense. The campaign against Planned Parenthood is anathema to these principles, and if a bill to defund the organization reaches his desk, he should veto it.”

“Ohio could actually risk defunding its public health departments in the process of trying to defund Planned Parenthood. This would affect everything from health inspections to birth and death certificates, not to mention sexual and reproductive health care.”

“In 2015, the money Ohio is proposing to strip from Planned Parenthood paid for 47,137 sexually transmitted infection tests, 3,620 HIV tests, and Violence Against Women Act education programs, and supported 2,780 patients in the state’s infant mortality reduction program. In two counties with high poverty – Mahoning and Trumbull – Planned Parenthood has run the state’s infant mortality reduction program for two decades. To health advocates, the results of taking those resources away could be catastrophic.”

“There is growing evidence that undermining abortion providers like Planned Parenthood has harmed low-income women’s access to reproductive health services.”

“...abortion foes call it theincrementalist approach. Instead of passing controversial bills that try to reverse Roe v. Wade, the plan calls for a series of laws that undermine abortion rights and ultimately, as they add up, force the 1973 Supreme Court ruling to collapse.”

“The bill was created after the attack videos aired last summer, and used them as the main evidence for defunding the organization, even after Ohio’s attorney generalcleared the state’s Planned Parenthood clinicsof any unlawful acts.

“HB 294 … instead target its “Healthy Moms, Healthy Babies” program that aims to prevent infant mortality...Ohio has one of the highest infant mortality rates in the country, with especially elevated rates among Black and Hispanic infants, according to theKaiser Family Foundation.”