Columbus, OH –– In today’s U.S. Senate debate, Rob Portman congratulated himself for no longer supporting Donald Trump, saying that he took the “extraordinary step” of not supporting Trump. But the only thing extraordinary thing is just how long it took Portman to denounce Donald Trump in the first place --- though given Portman’s own history of legislating attacks against women’s health and rights, it’s also not surprising. 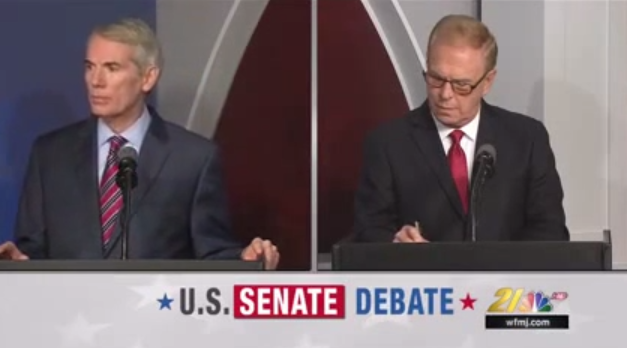 Transcript:  “I took the extraordinary step of saying that i could not support my nominee, republican nominee, for President of the United States. It's not an easy decision for me…”

“The only thing ‘extraordinary’ about Portman is his horrific record of attacking women’s health and rights. For over a year, Donald Trump has run a racist, sexist, and xenophobic campaign. Trump has said women should be punished for accessing abortion, he called Mexican immigrants ‘rapists,’ and bragged about sexually assaulting women. Not supporting Donald Trump isn’t ‘extraordinary’ –– it’s common decency. It’s shameful that it took Portman this along to admit that.”