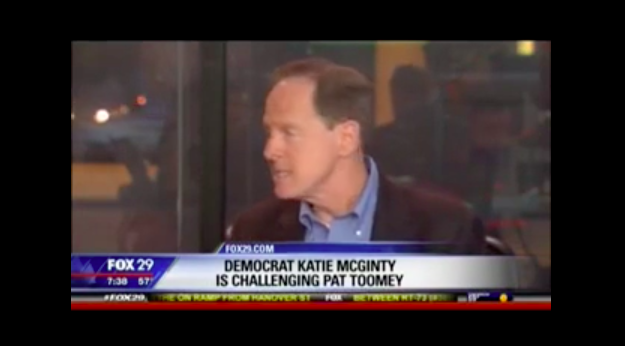 Pittsburgh, PA –– This morning, in an interview with Fox 29 in Philadelphia, Pat Toomey once again showed how out of step he is with women in Pennsylvania. Not only did Pat Toomey refuse to renounce Donald Trump, but he doubled down on his commitment to defund Planned Parenthood, claimed that Roe v Wade was “wrongly decided”, and still supports penalties for doctors who provide abortion. In his six years in the Senate, Pat Toomey has become one of the most extreme, anti-abortion Senators in the country, even supporting legislation that would put doctors that provide abortion in jail.

“Pat Toomey’s radical positions on women’s health are out of touch with voters in Pennsylvania. Toomey’s insistence on defunding Planned Parenthood would threaten access to birth control and cancer screenings for the nearly 90,000 Pennsylvanians who go to Planned Parenthood every year. Toomey also wants to overturn Roe v. Wade and put doctors who provide abortion in jail. It’s no wonder why Pat Toomey refuses to abandon Donald Trump -- they have the same vision for women in this country.”

Pat Toomey has stood idly by as Donald Trump has insulted, demeaned, and disrespected women for months on the campaign trail. Nothing has been enough for Pat Toomey to renounce Trump –– not when Donald Trump said women should be punished for having an abortion or when Donald Trump was heard bragging about sexual assaulting women.