Washington, DC ---- With the Iowa caucuses only days away, Planned Parenthood Votes announced a six-figure ad buy in Iowa in support of Secretary Clinton. The buy includes two videos — What’s At Stake and In Her Own Words — as well as a homepage takeover of the Cedar Rapids Gazette and the Des Moines Register. With a focus both on the anticipated Republican winners of the Iowa caucuses, and Secretary Clinton’s record as a steadfast champion of women’s health, both videos highlight what’s at stake for Iowans in this election — and why it’s so important to put a champion for women’s health in the White House.

The ads are in addition to the robust program already underway in Iowa, with Planned Parenthood Action Fund mailers highlighting Secretary Clinton’s record, grassroots action, and both the Action Fund and Planned Parenthood Votes running phone banks to reach out to tens of thousands of voters leading up to the Iowa Caucuses on February 1st.

“There’s too much at stake for us to take a back seat in this election. Every single leading Republican candidate would strip health care from millions across the country — blocking patients from seeking services at Planned Parenthood, banning safe, legal abortion, and even ending insurance coverage for birth control.

“Hillary Clinton is someone who won’t back down from this fight – she’s made it clear that fighting for women’s health and reproductive rights is a top priority. At the end of the day, she’s the one we trust to go head to head with the extreme anti-abortion politicians hell-bent on rolling back the progress we’ve made for women.” 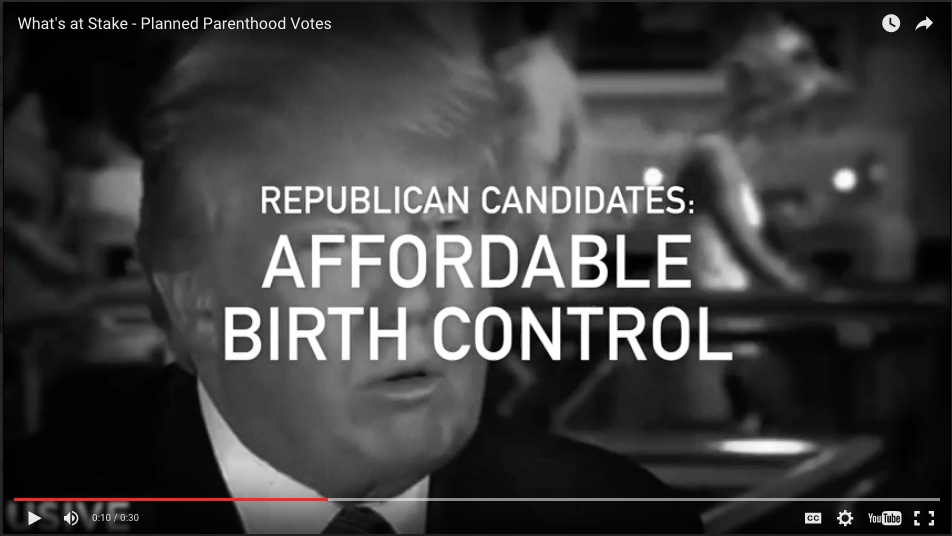 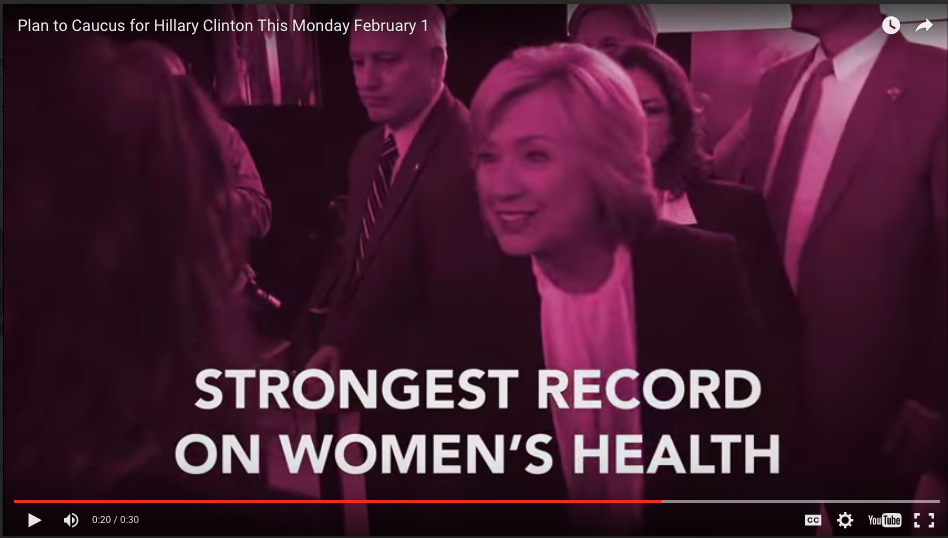 Watch: In Her Own Words

Planned Parenthood Action Fund endorsed Hillary Clinton in front of a crowd of 500 in New Hampshire on January 10. Planned Parenthood political and advocacy organizations plan to spend an unprecedented $20 million in this election cycle, with a focus on the presidential race, as well as key Senate races in New Hampshire, Nevada, Wisconsin, Pennsylvania and Ohio to make sure voters know where the candidates stand on these issues and how candidates’ positions will impact them.

The Planned Parenthood Action Fund endorsement of Secretary Clinton followed a robust, months-long process. All three Democratic candidates were interviewed by a panel made up of supporters --- patient advocates, medical professionals, activists, volunteers and Action Fund members. The endorsement was then evaluated and voted on by more than 100 representatives from across all 50 states. The Action Fund also reached out to Republican candidates, but none responded.

Women’s health was a deciding issue in the 2012 presidential election. Mitt Romney took a hard stance on Planned Parenthood and reproductive health care in 2012, and he then lost the election by the biggest gender gap in recent history. In Virginia in 2013, women’s health was a deciding factor when Terry McAuliffe won women overall–and won 59% of the votes of people who said abortion was the most important issue to them – 20% of the electorate.

Our country is at a crisis point for women.

If the top Republican candidates get their way...

And the progress women have made? Reversed.

With millions of women all over the country no longer able to turn to Planned Parenthood for care.

We need you. Caucus on Monday.

SCRIPT - In Her Own Words:

“It’s always the Republicans who say, ‘you can’t have paid leave, you can’t provide health care.’ They don’t mind having big government to interfere with a woman’s right to choose and to try to take down Planned Parenthood. I'm sick of it!”

And one candidate has the strongest record on women’s health of anyone, ever.

And asks you to caucus on Monday February 1st for Hillary Clinton.