Washington, DC –– Today, Planned Parenthood Votes is going up with a $1.1 million television ad buy alongside a $200,000 digital ad buy that educates Pennsylvania voters about Pat Toomey’s record. The ad, called “In  His Own Words,” highlights Pat Toomey's extreme policy agenda on abortion, quoting him from this interview with Chris Matthews where he said doctors that provide abortions should go to jail. The ad will run in the suburbs of Philadelphia.

“In His Own Words” highlights how extreme Pat Toomey is on women's health care. Pat Toomey thinks that Roe v. Wade should be overturned and that abortion should be banned. Not only has he voted seven times to defund Planned Parenthood and block thousands of Pennsylvanians from birth control and cancer screenings at Planned Parenthood health centers, but he has voted in support of a shutdown of the government to do so –– a position that many of his fellow Republicans opposed. Planned Parenthood health centers provides critical care to 90,000 Pennsylvanians every year.

“Pat Toomey has taken positions radically out of step from the people in his state. Pat Toomey wants to ban abortion,  put doctors who provide abortion in jail, and has voted to defund Planned Parenthood. Pat Toomey is just too extreme for Pennsylvania voters. People in Pennsylvania want women to have access to essential health care, but Pat Toomey would take that health care away. Women in Pennsylvania cannot afford another 6 years of Pat Toomey.”

Planned Parenthood political and advocacy organizations collectively plan to spend an unprecedented $30 million in this election cycle, with a focus on the presidential race and five key Senate races, including Pennsylvania, to make sure voters know where the candidates stand on women’s health.

This is the second ad campaign Planned Parenthood Votes has run against Pat Toomey. 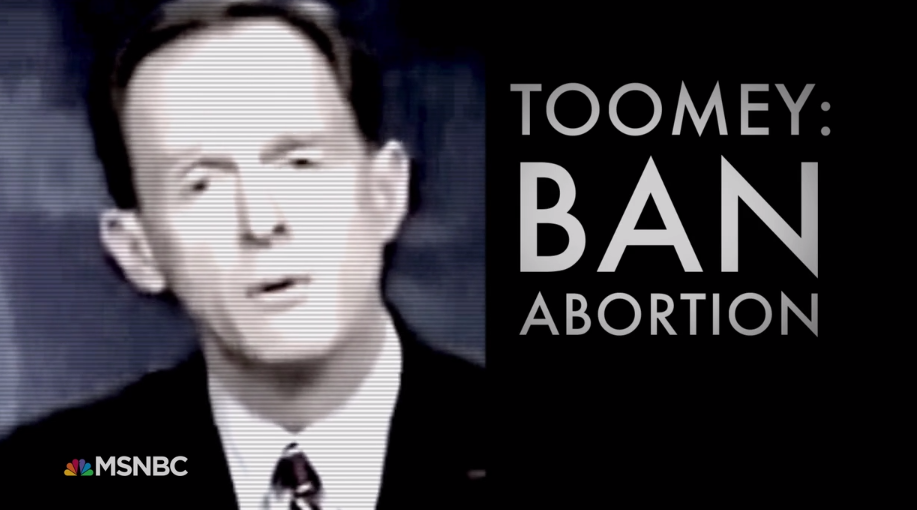 Script for “In His Own Words”