"Congressman Joe Heck is dangerous for Nevada women. He has voted eight times to defund Planned Parenthood, which thousands of Nevadans rely on for reproductive health care. And he doesn't believe women deserve to make their own decisions about their bodies and their health care. That’s why we’re knocking on tens of thousands of doors and making thousands of phone calls to help elect Catherine Cortez Masto this November. Cortez Masto is a women’s health champion who will fight for our health and rights.” 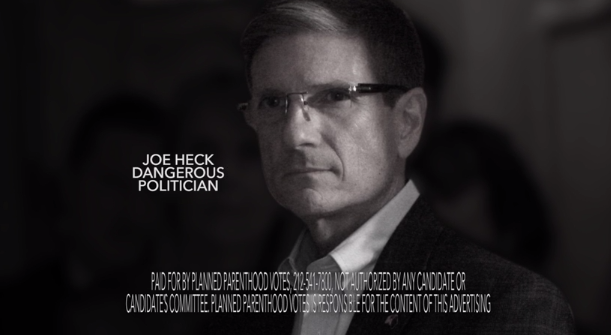 Watch ad in English and Spanish

Planned Parenthood Votes is building a robust field program this election cycle, focused on canvassing, phone banking, and grassroots organizing to engage with women, young people, and Latino voters in Clark and Washoe Counties. The field program will focus on Catherine Cortez Masto’s record as a women’s health champion while educating voters on Joe Heck’s efforts to restrict women’s access to health care and his votes to defund Planned Parenthood. If elected, Catherine Cortez Masto would be the first Latina ever to serve in the United States Senate. Latinos are one of the fastest-growing  groups of voters in America.

Through volunteer and paid canvassing, Planned Parenthood Votes will knock on over 140,000 doors in Clark and Washoe Counties and make over 62,000 phone calls through a large, active volunteer program.

Planned Parenthood Votes has made an unprecedented investment in Nevada this election cycle, not only because it’s a battleground state, but also because reproductive health care is a deciding issue in the state. Recent polling showed a majority of Nevada voters are less likely to support a candidate who has voted to defund Planned Parenthood, and that 71 percent of independents in the state view the organization positively.