Washington, DC --- In tonight’s debate, Chris Christie was asked what he would change about how the federal government spends its money. His answer: to cut access to the care at Planned Parenthood that millions of people rely on.

“Can you name even one thing that the federal government does now that it should not do at all?” asked Bret Baier.

Governor Christie replied, “How about one that I’ve done in New Jersey for the last six years? That's get rid of Planned Parenthood funding for the United States of America...” 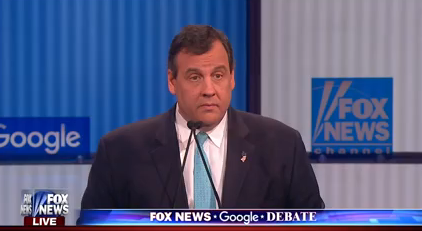 Unfortunately that’s not a surprising answer for the Governor --- who has already endangered health care for citizens across his home state. Christie’s repeated cuts of family planning funds are for essential, often lifesaving preventive services --- cancer screenings, birth control, STD testing and treatment, and well-woman exams.

Chris Christie celebrates his record of vetoing of $7.5 million a year that would go to family planning organizations such as Planned Parenthood: Christie has made an annual action of vetoing $7.5 million included in the New Jersey state budget to go toward family planning organizations. His repeated denial of every effort by the state legislature to restore the funding has led to the closure of family planning centers. On the campaign trail Christie likes to celebrate the fact that he has has “vetoed Planned Parenthood funding seven times,” but the real effects on New Jersey’s women, men, and families has been devastating.  [YouTube, 8/4/15 ; nj.com, 2/26/15]

New Jersey health centers have not only been affected by Christie vetoing of family planning funding, but also by cuts to federal Title X funding — nationally, $39.2 million in funding was lost between 2010 and 2013, and as a result health centers have had to drastically reduce the number of patients served and services provided:

Chris Christie thinks bosses and politicians should decide whether women get access to affordable birth control: Following the extremely unpopular Supreme Court Hobby Lobby decision last June. Chris Christie was asked if he was concerned that some New Jersey women could lose birth control coverage, to which he said, “No.” When asked why not, he added, “Because I’m not.” The Hobby Lobby decision gave bosses a permission slip to deny their employees access to birth control coverage, forcing women to go back to the days of paying up to $600 more a year.[ POLITICO, 7/13/14]