Washington, DC – When asked about his stance on abortion on the GOP debate stage tonight, Rand Paul referenced his harmful bill, the Life at Conception Act, an extreme piece of legislation which he has repeatedly introduced in the Senate. His bill, or so-called “personhood” legislation, could interfere with personal, private medical decisions about birth control, access to fertility treatment, management of a miscarriage, and access to safe and legal abortion. Tonight, Paul also stated that “the more states that we had that made abortion illegal, the better” — affirming he would take the country back to a time when women weren’t guaranteed access to safe, legal abortion. 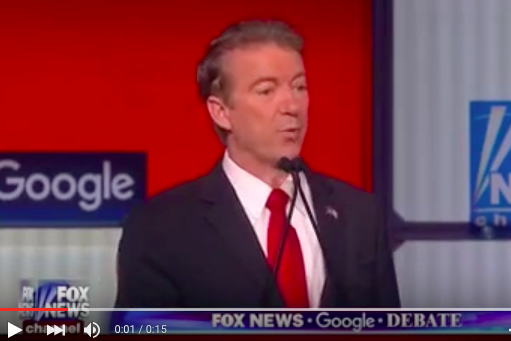 Rand Paul:  “I think abortion is always wrong. I've supported a variety of solutions. Both state as well as federal. In fact, just last week, I introduced the Life at Conception Act, which would say that the 14th Amendment would defend an individual even in the womb.” 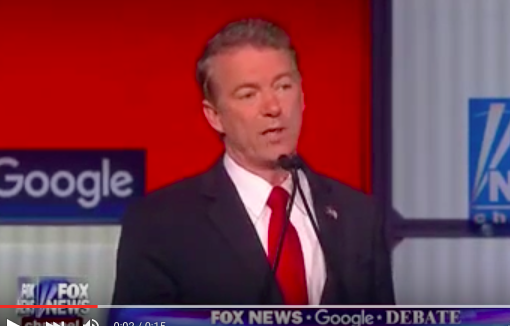 Rand Paul: “The more states that we had that made abortion illegal, the better.”

Rand Paul would take women back to a time without access to safe, legal abortion. What did the country look like the last time that was the case?

In the words of Dr. Leni Silverstein:

“Because abortion was illegal, I had to turn to an underground abortion provider. I was told to meet at a location in downtown Chicago. When I got there, I was blindfolded and driven to an undisclosed location. I was incredibly scared....No woman should have to go through [what I experienced].”

Rand Paul’s harmful bill could interfere with personal, private medical decisions about birth control, access to fertility treatment, management of a miscarriage, and access to safe and legal abortion. And just restricting access to abortion in states has had devastating consequences for women across America — Paul’s vision for states making abortion flat-out illegal could have unforetold consequences that we haven’t seen since before Roe v. Wade.

FACT: Rand Paul wants to ban abortion, and has said he would “take all approaches” to prohibiting it: In an interview with Bill O’Reilly, Rand Paul said he would, “take all approaches, state, local and federal to try to prohibit abortion,” because he does not want any abortions to be allowed in the United States. In 2010, he received the Kentucky Right to Life endorsement based on his view that there should be no exceptions for abortion, including in cases of rape and incest.  [The O’Reilly Factor, 5/19/10;Northern Kentucky Right to Life Questionnaire, 2010]

FACT: Rand Paul has a long history of advocating for extreme so-called “personhood” legislation in the Senate:

FACT: Restricting Access to Abortion in Texas has seen Devastating Impact to Women

In Texas, we are seeing a disturbing reality for Texas women that is reminiscent of life before Roe v Wade. In the Texas case before the Supreme Court, these restrictions threaten to leave the 5.4 million Texas women of reproductive age with only 10 health centers that provide safe, legal abortion in the entire state — down from approximately 40 health centers when this law passed. Women are traveling hundreds of miles, crossing state lines, and waiting weeks to get an abortion, if they can at all.