Cleveland, OH –– Today, on ABC’s This Week, moderator George Stephanopoulos asked RNC Chairman Reince Priebus if he is concerned that Governor Mike Pence will hold the GOP back with women voters in the general election. Priebus’s answer was all over the place –– steeped in inaccuracies, lies, and a complete misunderstanding of the health care Planned Parenthood provides to patients. He even tried to justify defunding Planned Parenthood by saying taxpayer dollars shouldn’t go to abortion services –– which federal law already prohibits. And then he fully went off the rails … 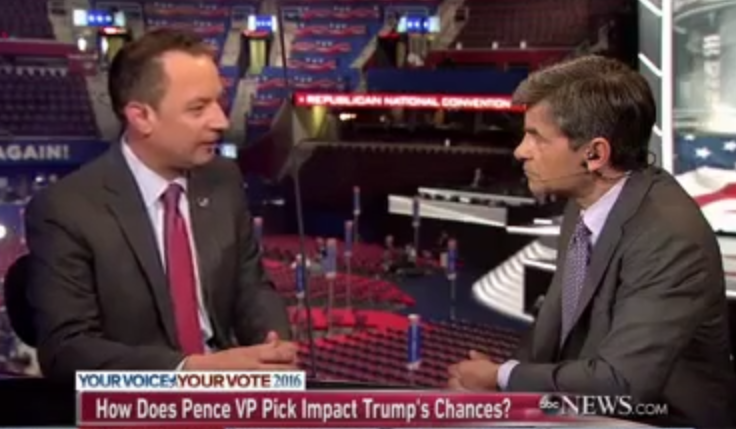 “As far as whether Planned Parenthood, you know, provides, you know, contraceptives or things like that, that's something that gets in the middle but I think you focus in on that. I think most Americans are with us, but they also look to the top of the ticket.”

3) At the top of the ticket sits Donald Trump, who has said repeatedly he wants to block patients from accessing services at Planned Parenthood health centers, has said a woman who has an abortion should be punished, and is currently is losing women by 24 percentage points in the polls. That’s the widest gender gap ever recorded

The fact is that women in this country don’t support a Trump-Pence ticket. And the GOP has no idea how to respond to that.